Thank you for supporting Lutes Football!

This year is about getting to excellence and sustaining it.

What are some highlights of this year that shows your team succeeding, facing a challenge, and supporting each other.
The death of a teammate and persisting through together. A terminal diagnosis of a coach before the season and his death two weeks after the season. The excitement on the sideline of “The Trophy Game” vs UPS. Winning the new trophy in its inaugural year of the historic rivalry.

How did your team engage with the community this year?
Trinity Lutheran Childcare Center playground project. We donated about 120 hours of service to move and spread 120 yards of playground bark at the church.

Looking ahead, what are you most excited about for next year?
I’m simply excited for another year. Every year brings new memories. His group of seniors will be my second class at PLU that I’ve had the privilege to coach all four years. They are driven and determined to be the group who moves the bar for excellence toward our goals and in the direction of our program’s rich history of success. We believe we are a contender in the NWC. We had flashes competing against the top teams in the league last year. This year is about getting to excellence and sustaining it.

“My athletic experience at PLU hasn’t been about athletics at all. It’s been about being the best person I can be. By my coaches commitment to me, it has allowed me to be committed to myself.”
– Kord Tuttle, junior 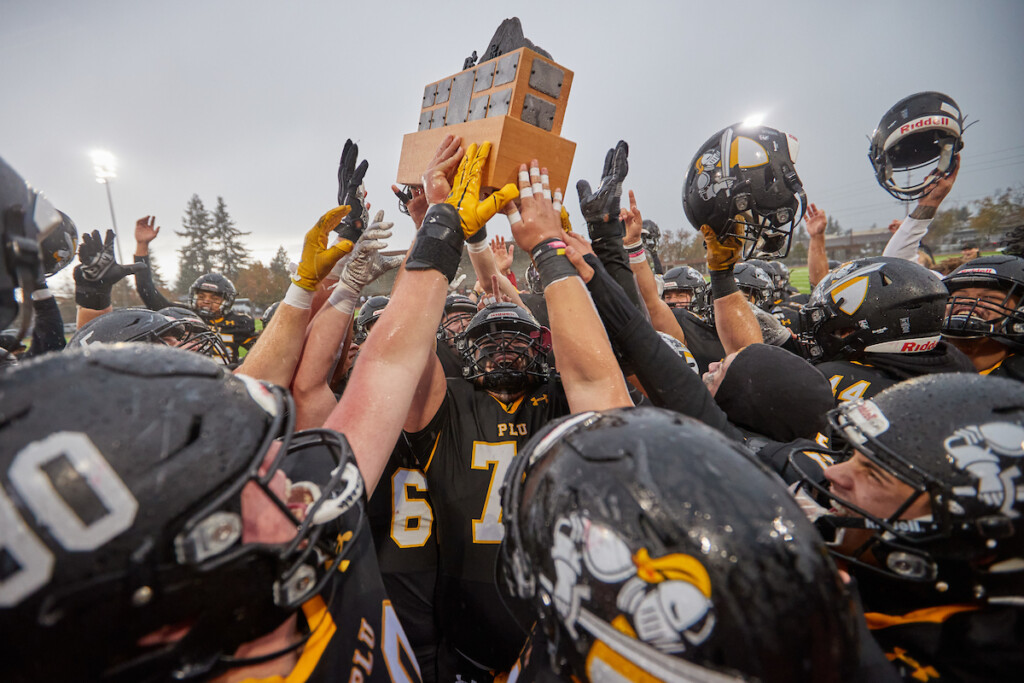 #1 in time of possession in NWC 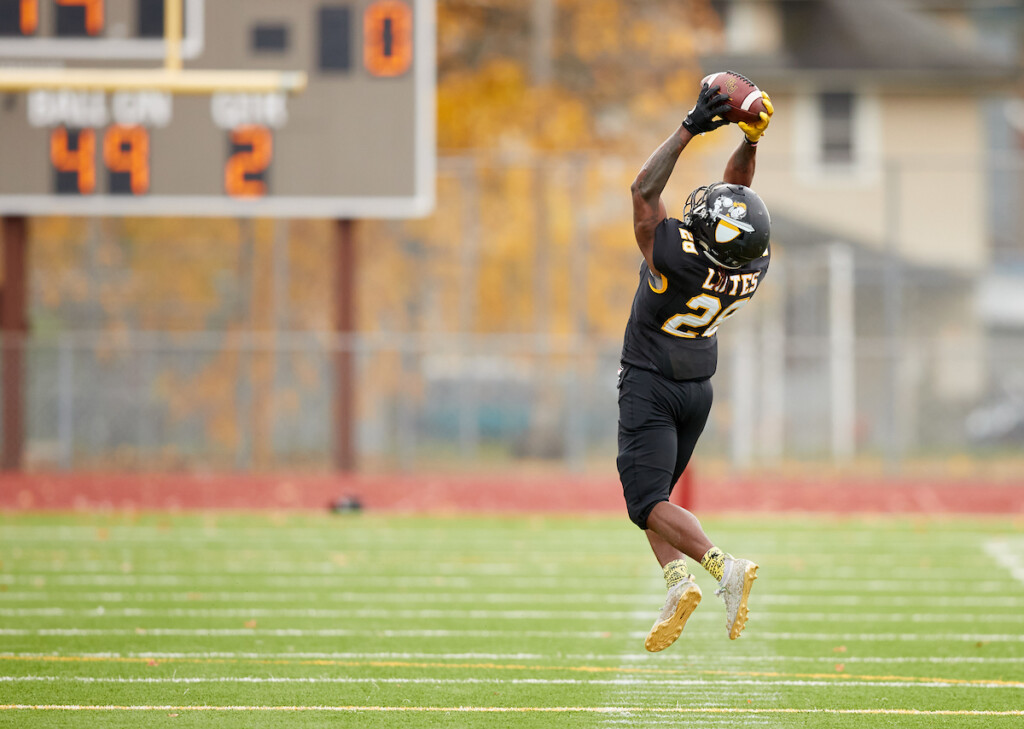 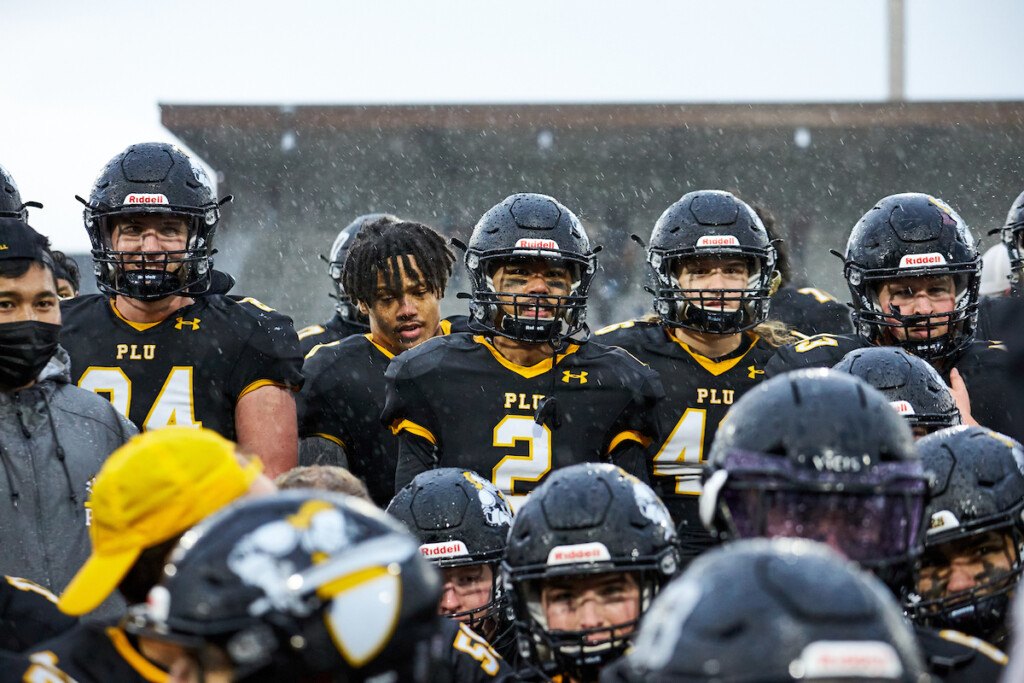 #1 offense in sacks allowed in NWC 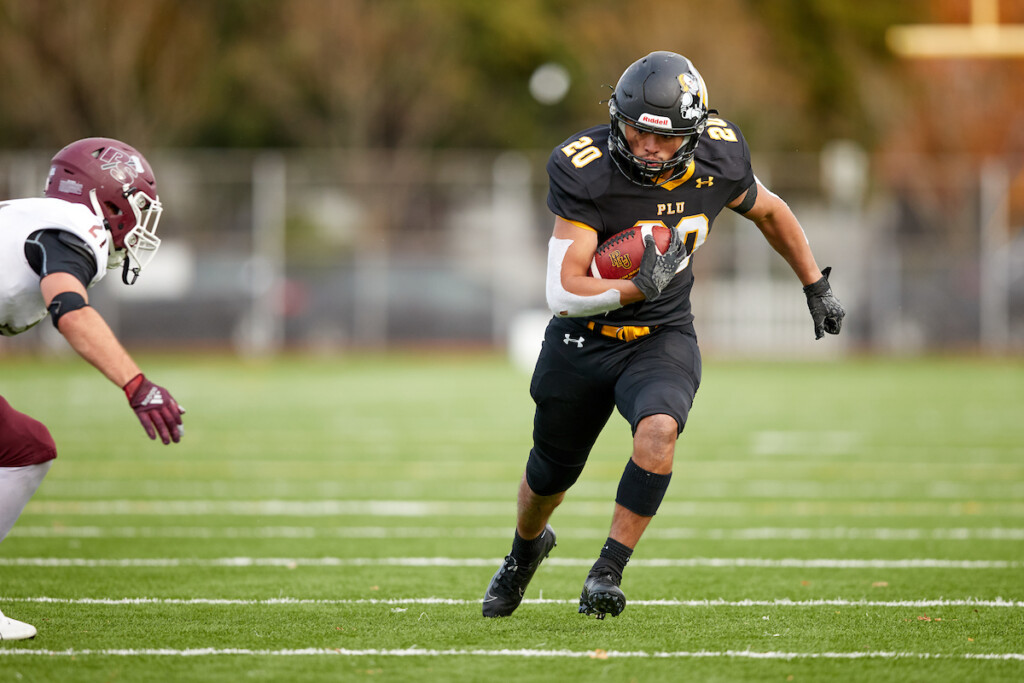 Join Lutes all over the world on PLU’s Bjug Day of Giving! Bjug Day is a fun, philanthropic tradition during which PLU alumni and friends come together to celebrate and support what they love about PLU.

For more on Football and PLU Athletics, visit golutes.com.