In this interactive talk Dr. Mandaville thinks about what it means to recreate the past of slavery in the present through word and image: What’s significant about Butler’s decision to recreate the history of slavery as a loop? How does translating that text-based story into the comics form work to explore that looping history of violence in our current place in time? That is, why comics, why now? How might this version of this narrative open conversations about how inequities (race, class, gender, sexuality et al) are constructed and maintained today – and how these might be dismantled and more equitable and just communities built in the future? 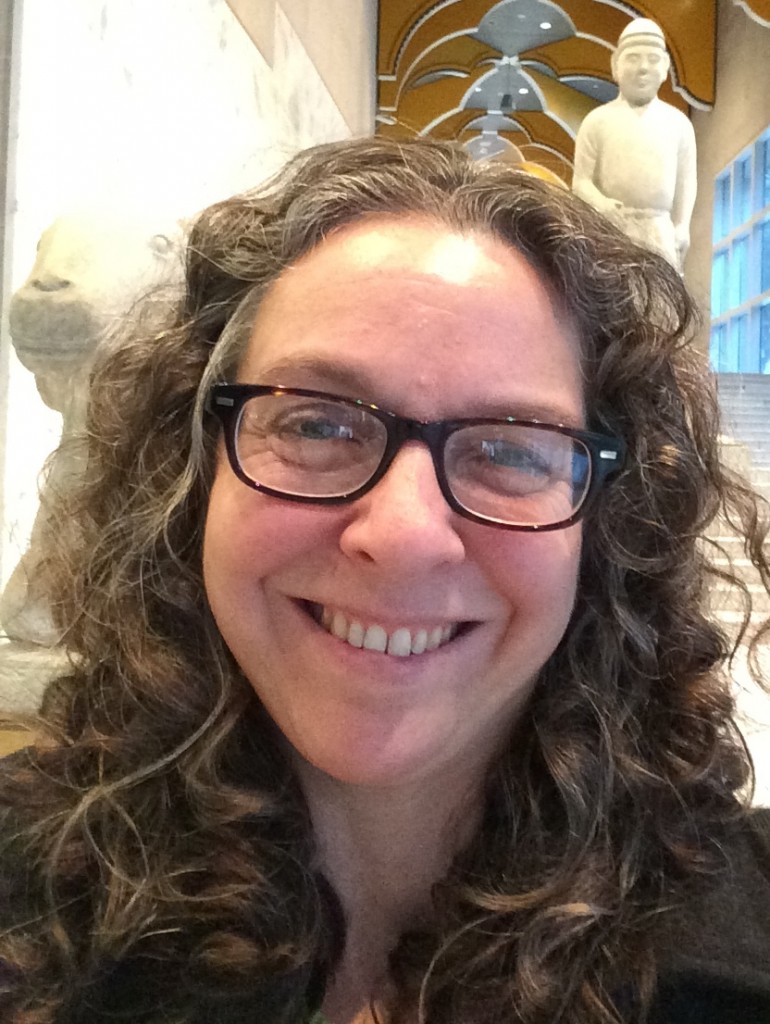 Dr.  Mandaville is an Associate Professor of English at California State University, Fresno. She has been teaching and writing about comics and graphic novels for nearly 20 years.

In 2007-8 she received a Fulbright Scholar award to teach American Literature in Azerbaijan. With grants from UNESCO and the Open Society Institute, she has returned regularly to the Caucasus to support the work of writers there, particularly women. She is co-editor and translator of a volume of poetry spanning 800 years by women from the region of Azerbaijan, and her translations have appeared in journals such as Two Lines and World Literature Today.

Her scholarly work focuses on violence and social justice; she is interested in how narrative and play with language – including visual language – can support human insight and connections. She has presented her work on comics at many traditional conferences as well as at Comi-Con, Wonder-Con, Geek-Girl Con (where Super Girl sat in the front row!). For one of her more unusual gigs, she was invited to give a talk on War and Intimacy in Comics as a Distinguished Guest at the US Air Force Academy. Her articles on comics have appeared in book collections such as Comics and American Cultural History, Comics and the U.S. South and The Ages of Wonder Woman, and in journals including The Comics Journal, ImageText, and The International Journal of Comic Arts. 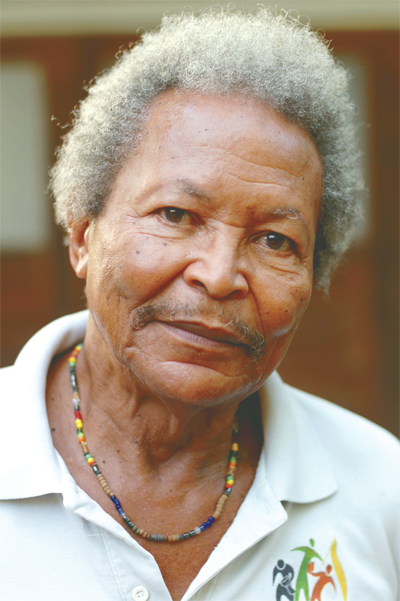 Earl Lovelace was born in Toco, Trinidad in 1935 and spent his childhood in Tobago and Port of Spain. His first job was as a proofreader with the Trinidad Publishing Company. Later, he joined the Civil Service, serving first in the Forestry Department and then in the Department of Agriculture.

Lovelace’s first novel, While Gods Are Falling, won him the BP Independence Literary Award  that enabled him to study at Howard University. His second novel, The Schoolmaster(1968), drew on his experiences in rural Trinidad. Forty years later The Schoolmaster still resonated with young people as the 2008 NALIS One Book One Community selection. The promise evident in these novels of the sixties was fulfilled in The Dragon Can’t Dance(1979) and the Wine of Astonishment (1983) which a West African magazine argued “put him in the front rank of Caribbean writers”. The Dragon Can’t Dance has been translated into five languages and is one of the most widely recognized Caribbean novels. This was followed by a collection of plays, Jestina’s Calypso, published in 1984, and a short story collection, A Brief Conversation & Other Stories, published in 1988.

Lovelace has worked as a lecturer at UWI and a visiting novelist at Johns Hopkins University  and writer-in-residence at Pacific Lutheran University  in the United States . In 1980, he was awarded a Guggenheim Fellowship. He has been recognized nationally with a Trinidad and Tobago Chaconia Medal (Gold) and Honorary Doctorate of Letters from University of the West Indies, St Augustine, Trinidad & Tobago and from the University of Trinidad and Tobago. . In 2012, He received a NALIS Lifetime Literary Achievement Award.

Clarifying the Process of Struggle: A Critical Response Lecture to Ta-Nehisi Coates’s Between the World And Me

The 2017 Common Reading Lecture will be held on Thursday, September 28th at 7:00 pm in the Karen Hille Phillips Center (KHP) in Eastvold Auditorium.  Dr. Rhone Fraser of Howard University will be speaking on Ta-Nehisi Coates’ Between the World and Me. 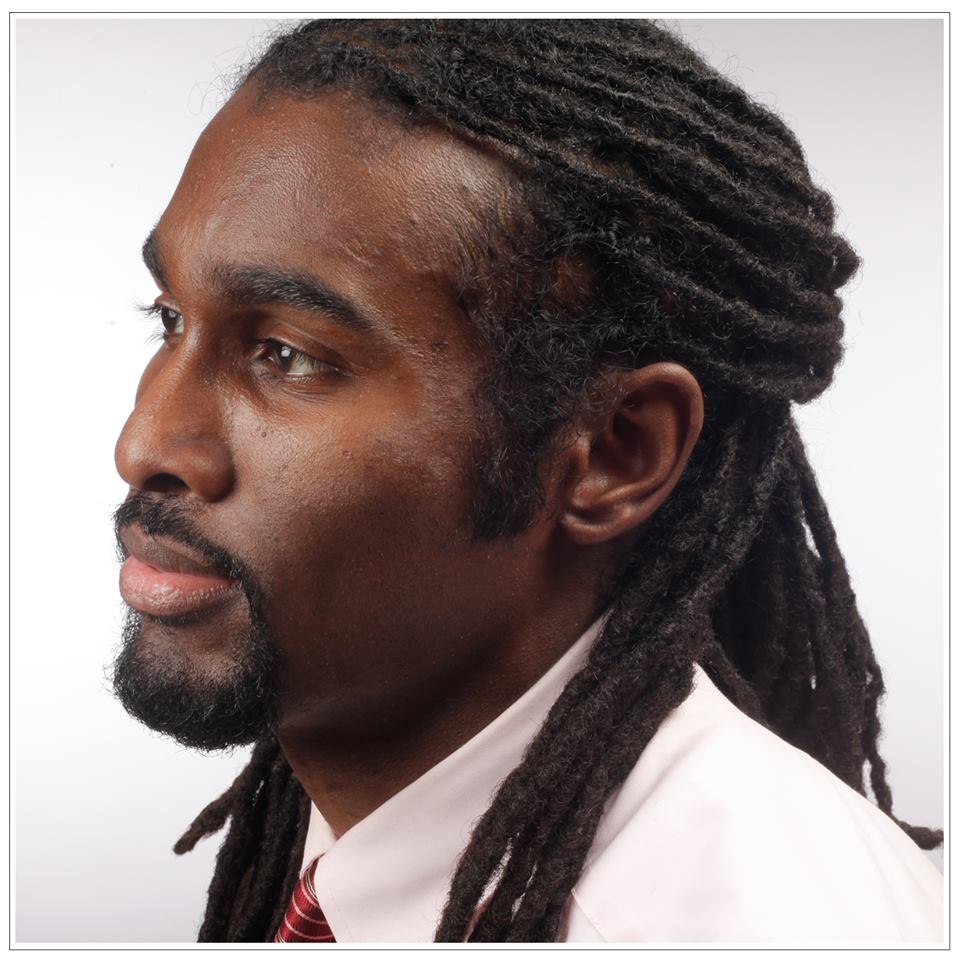 RHONE FRASER is a lecturer in the Department of English at Howard University.  He is a member of the College Language Association, the Dramatists Guild, and the Alice Childress Society.  His dissertation includes a literary analysis of the plays of Lorraine Hansberry and Alice Childress.  He was a playwriting student of Leslie Lee (1930-2014) who was former artistic director of the Negro Ensemble Company and he is writing a forthcoming article about the Leslie Lee’s play The First Breeze of Summer that will be published in the Routledge Companion to African American Performance and Theater. He has written five dramas, based on influential figures or events in African American history.  His most recent play, The Original Mrs. Garvey, is about journalist Amy Ashwood Garvey, the first wife of journalist Marcus Garvey. He wrote a comprehensive analysis of Ta-Nehisi Coates’s book Between the World And Me that is forthcoming in the College Language Association Journal.  He is currently writing a book about the fiction and nonfiction of Pauline Hopkins.