October 2018 – In partnership with the Karate Club held a 5-week self-defense class,

April 2017 – A month of sexual assault awareness programing across campus starting with pancakes for all campus, a Consent Poster campaign, RA boards with consent education, 1000 teal ribbons given out across campus

March 17, 2016 – The Women’s Center changed its name to the Center for Gender Equity!

2011 – Dr. Jennifer Smith hired as the 4th Women’s Center Director and as a member of WMGS faculty

1992 – Women’s Center moves to a house near upper campus & Becky Frehse, Professor of Art, is given course release to serve as the first Women’s Center director 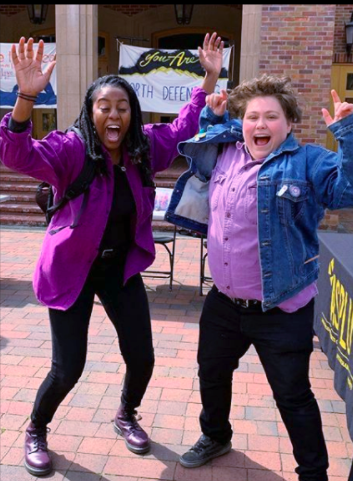