What unspoken lessons did you learn about groups of people in elementary school?

What unspoken lessons did you learn about groups of people in elementary school? 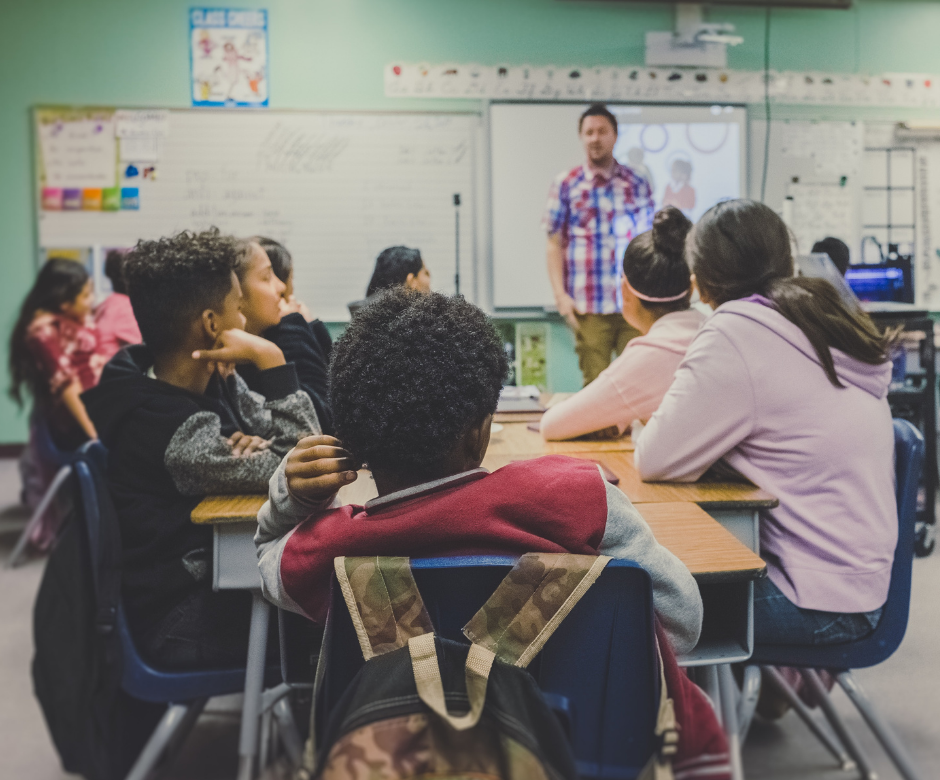 One of the things I've been reflecting on recently are the lessons I was taught (not verbally, but taught all the same) in elementary school and the way that they connect with justice and inequality.

One of the things I’ve been reflecting on recently are the lessons that I was taught (not verbally, but taught all the same) in elementary school and the way that they connect with justice and inequality.

I went to a predominantly white elementary school, and as a white child myself this seemed perfectly normal. I wasn’t aware as a kid that I was white, in the way that BIPOC people are aware of their race, because of white privilege. But I did know that I “wasn’t not white”, and that other kids in my class were different from me. I’ve been reflecting on what I know about racism in K-12 education, and I can pretty clearly see a number of different examples from my school. For example: as a child, I knew that the “bad” kids in my elementary school were mostly the ones of color. They almost certainly weren’t actually any worse than the white kids, but they were the ones who were sent out of class most often, and who talked in Spanish. With one exception, a girl who had entirely white friends, I think that every one of the kids of color were sent to the office at some point in elementary school.

I also learned lessons about people with disabilities, and they’re the lessons that I’m working to unlearn now, both about myself and about others. The (Hispanic) boy in my class who just absolutely could not focus was always in trouble for not paying attention or not getting his work done. I can recognize now that he almost certainly had something stopping him from being able to focus, whether that is ADHD or something else. And then there were the kids in ‘special ed’. Looking back, my class didn’t really interact with them at all; all I knew is that the grown-ups around me thought they were “difficult” and that meant not well behaved and not well behaved meant Bad.

I would be remiss if I didn’t also mention my experiences with gender in elementary school. For me, there was a lot of internal struggle with “act as feminine as you can.”, the same way that there are for a lot of trans folks as a kid. And that pressure didn’t come from nowhere; I remember being told by a classmate that I “couldn’t play with them because I was a girl.” I was, among other things, a bit surprised; that was a shock to me in a couple of ways.

I’m not saying that this is fair or just, not at all. It’s not. And as I learn more and more, I can see huge problems with both racism, ableism, and a number of other aspects of elementary school. But those are the lessons that I was taught, and I was taught them early.

As a moderately privileged person, I have sometimes struggled to be honest, especially when I am talking about things that I’ve done and internalized which hurt other people. It’s much easier to deflect or to try to explain why things happened, and much harder to actually apologize and grow. I’m certainly not perfect at it yet. But in the types of conversation that happen every day about justice and experiences and equity, people need to be honest. I may not like what I learned; but it is the truth about my experiences.

I’m also not saying that my experiences were unique. I just ask that you reflect on your own elementary school experiences. What lessons were you taught about race, or ability, or gender, or class? Was it a private school, public, charter? How have those experiences shaped you? How are they still shaping you?