Studying the Holocaust and related themes is often a hallmark of the PLU learning experience. These alumni updates describe the long-term impact of attending the Powell-Heller Holocaust Education Conference, taking classes with HGST themes, and traveling to Europe to learn Holocaust history first hand.

Ian is serving a 2nd year with Teach For America at Little Wound High School on the Pine Ridge Reservation in South Dakota.  He began his graduate studies at Trinity Lutheran Seminary in Columbus, Ohio, in fall 2015.

Being a German Languages and Literature major and a person of faith meant confronting uncomfortable, although crucial, questions about genocide, God, and the created world. Did the moral ethics of the Bible (if those can be agreed upon and standardized) apply in the Concentration Camps when innocent men, women and children were fighting for survival? Why were people dying? And most importantly, and most uncomfortably, how could God let genocide happen? The ability to ask these tough questions was encouraged and taught to me during my time in the classroom at PLU as well as studying abroad. 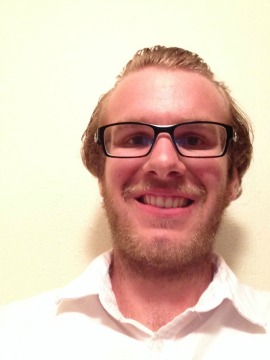 When I studied away  in Germany and had the opportunity to visit a concentration camp I was sufficiently disgusted as people smiled and took “selfies” next to the “Arbeit Macht Frei” sign at the entrance. PLU had taught me better. PLU forced me to never think of genocide as “interesting” or a “tourist attraction.” This University put a face to faceless victims by having a survivor speak at the Holocaust Conference about her experiences which helps students understand the terror that real human beings endured. It means one cannot disassociate from the tragedy like one can while reading a textbook.

Ultimately, these questions made my faith stronger and brought into light the injustices that I see around me every day. PLU did not give me all of the answers, but that is not the point of PLU.

PLU programs related to the Holocaust and other genocides or mass crimes against humanity teach how to ask good questions and continue to help us seek better answers. The Holocaust Conference means that PLU can continue its mission to help students grapple with issues and ask “Big Enough Questions.” 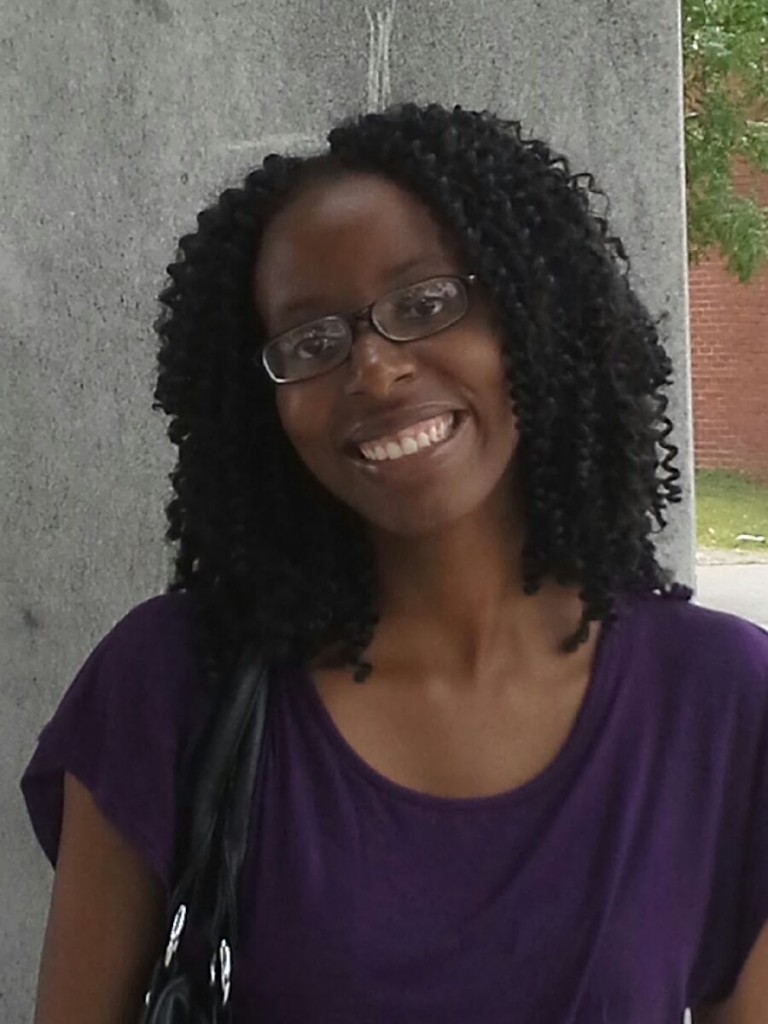 Idai Zhou spent a year working in Zimbabwe after graduation and then began her graduate studies.

I stumbled into Holocaust studies through taking a class on Christians in Nazi Germany, but what I got from this class and the many others I took after was more than a history lesson. I learned about dehumanization and oppression, bystanders and perpetrators, and the daily struggles that Jews and other subordinate groups went through.

I had my real awakening to social justice issues in this program. There are names of people and atrocities which I can never forget. Even in the smallest examples of discrimination today, in my mind, I see the connections to the larger picture of oppression so I am more willing to address them and not be a bystander.

Since studying the Holocaust at PLU and participating in the Powell Heller Holocaust Education Conference, I enrolled at Clark Atlanta University, where I am completing an MA in Criminal Justice.  I’m particularly passionate about power-based violence, especially sexual violence, and will be applying to PhD programs in women’s and gender studies so I can not only add to the growing body of literature on such violence, but also be an advocate for victims of crime.

Julia currently is in graduate school at the University of Vermont, studying the history of the Holocaust.

I know full well that I would not be doing what I’m doing today if I had gone to any other university than PLU. I know that nowhere else would I have had access to programs and mentors that allowed me to shine. The Holocaust conferences, the interactions with major scholars, the Kurt Mayer fellowship research and the Lemkin Essay Contest – by the end of my PLU career I estimate, conservatively, that I had spent 1000 hours reading, writing, and talking about Holocaust topics. That kind of effort was only possible because it was appreciated and funded by amazing people like the Powell, Heller, and Mayer families. That kind of effort was only possible because I had the teachers (and the librarians!) and the support to make it happen. 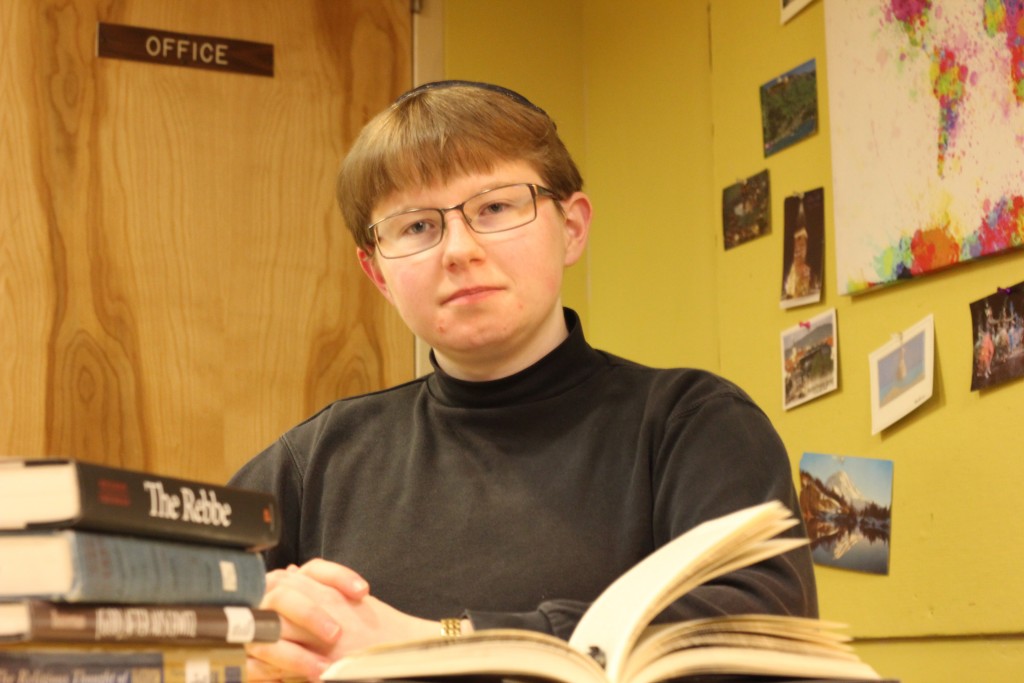 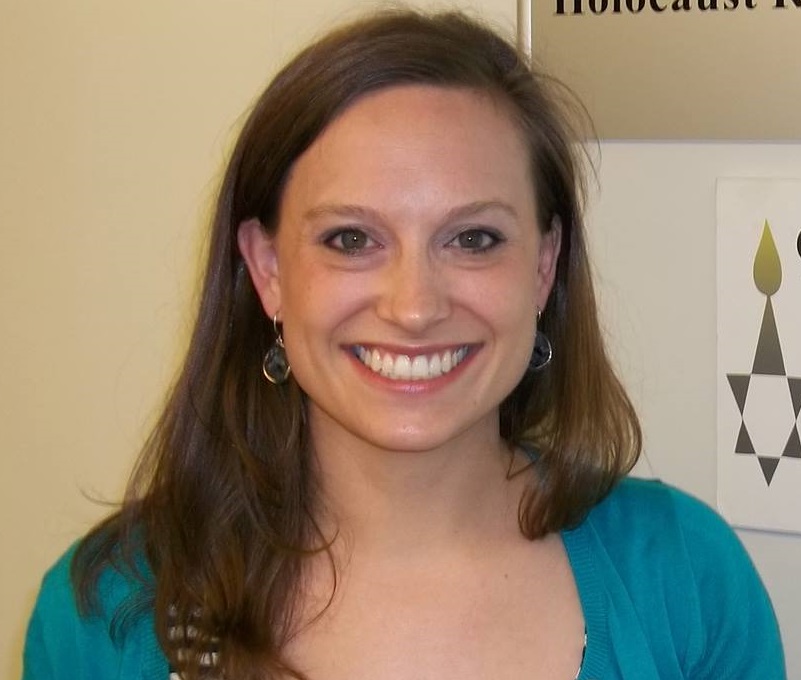 Laura graduated with majors in German and History. She is completing her Ph.D. in History under the direction of Christopher Browning at the University of North Carolina, Chapel Hill. She taught the Holocaust history class at PLU in the fall of 2014.

In my senior year at PLU, I attended the inaugural Powell-Heller Conference in Holocaust Education in 2008. Even in the program’s infancy, the mark PLU’s commitment to Holocaust and Genocide Studies left on me was indelible. I was impressed by PLU’s ability to bring the top scholars in the field to our small corner of the country and by how deeply the PLU community engaged with the challenging questions and ideas presented by the Conference’s first speaker, Doris Bergen. But I perhaps I was most surprised with my own participation in the discussions that followed Bergen’s talk and the Powell-Heller Conference – PLU had inspired and prepared me to engage in those conversations.

When I graduated PLU in 2008, HGST was still in its early stages. But with the guidance of my advisors in the history and German departments, I had somehow managed to create my own HGST program that mirrors (quite closely) the current program of study for the HGST minor. I double majored in German and History, studied abroad for an academic year in Freiburg, Germany, and took Bob Ericksen’s History of the Holocaust Class, Rabbi Kadden’s Judaism class, Beth Kraig’s History 301 on Human Rights, and a European History capstone class centered on genocide. Through these classes and a number of soul-searching discussions with Beth Kraig and Bob Ericksen, I decided to pursue a Ph.D. in history after graduation.

PLU has continued to support me throughout my graduate studies and the questions that I began asking at the 2008 Powell-Heller Conference have continued to inspire my research. In August 2009, I began my Ph.D. program at the University of North Carolina at Chapel Hill to work with former PLU professor Christopher Browning. I expanded my PLU capstone project on the Kindertransports that brought 10,000 Jewish children out of Nazi Europe after Kristallnacht for my Master’s thesis – and in 2011, Bob Ericksen invited me to present my results at the Powell-Heller Conference. Once again – the Conference forced me to broaden the lines of intellectual inquiry. When I left Tacoma to return to Chapel Hill after the Conference, I was asking questions about humanitarian work, migration, and rescue. These questions became the basis for my dissertation on the humanitarian response to the refugee crisis in the Bohemian Lands after the Nazi occupation. As I finish my dissertation, HGST at PLU continues to inspire and support me. In Fall Semester 2014, I taught the PLU History of the Holocaust course (in the same room that I had attended the class as a student!) and in March 2015, I will present the results of my dissertation research at the Powell-Heller Conference. The tradition of Holocaust and Genocide Studies at PLU has not only inspired me to pursue this vocational path but the program, the professors, and the university have also supported me every step of the way.

While earning her B.A. at PLU with a major in Religion and a minor in History, Amanda completed courses on the history of the Holocaust, Judaism, the history of modern Israel and Palestine, and the International Honors class on Social Justice. She also completed an Internship at the Washington State Center for Holocaust Education and Resources, recently renamed and now known as the Holocaust Center for Humanity. That internship helped Amanda win her current position as the Office Manager and Speakers Bureau Coordinator for the Holocaust Center for Humanity.

At the Holocaust Center for Humanity, I work directly with survivors who share their stories with students of all ages across the state. Through our speakers, teaching trunks, and our new museum space, the first of its kind in the Northwest, we are showing that the Holocaust isn’t just a history lesson, it’s a lesson in tolerance and human dignity. At PLU, we are taught to “lead lives of thoughtful inquiry, service, leadership, and care,” and through PLU, I am able to find and bring that mission to the work I’m doing. 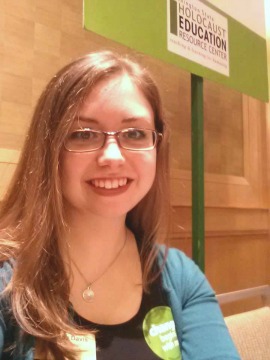 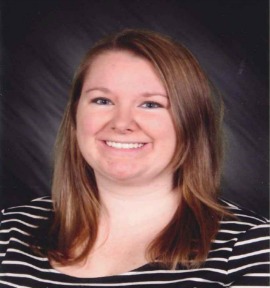 Kate earned her M.S. in Counseling from Oregon State University and her National Counseling Certification in 2014. She is currently a counselor at Metolius Elementary in Metolius, Oregon. Kate also visited Israel in the summer of 2014 with the Birthright Program.

I graduated in 2011 from PLU with a greater understanding of the world and my place in it. I remember attending the Lemkin Lectures (part of the Powell-Heller Holocaust Education Conference) in my junior and senior years. I remember enjoying them, and them being overflowing with people from the community as well as students. It’s pretty cool that there was such an interest in the lecture among the campus community (regardless of area of study), including professors from multiple disciplines, other campus staff, and community members from the greater Tacoma area.

While I attended PLU before the induction of the HGST minor, I had the opportunity to take several of the classes that came to be part of that program. Taking classes related to Holocaust & Genocide Studies extends far before and far beyond World War II. Gaining a greater understanding and awareness of all minority groups (ethnic, religious, or both) helped me better contextualize struggle and the idea that each side views themselves as the victims. The history of Palestine and Israel is a perfect example of this.

I learned about some sad truths in the history of our world, while also gaining a new level of understanding and compassion for those who endured, and who continue to endure grave injustice and suffering for reasons beyond their control. As someone who identifies as being ethnically Jewish, having the opportunity to learn about the history of modern Palestine and Israel was beyond rewarding. Going into the class, I was pretty solid in my belief that the land of Israel belonged to the Jewish people, and therefore they were right in doing whatever it took to defend it. If only it was that simple.

Both the Israelis and Palestinians view the other as being the perpetrator and themselves as the victim. While there is validity to both claims, determining who is “at fault” should not be the focus of the struggle – or really any struggle. What matters most is how we take what history has taught us and apply it to constructing the best possible future.

In my professional life as a school counselor, I use this same technique with my students. Bad, sometimes horrible, things happen, but what matters most is the resiliency we display and the choices we make from here on out. As I often tell my students, we can only the actions of ourselves. With the knowledge that history has given us, do we want to be victims or survivors?