Ericksen, a graduate of PLU, completed his Ph.D. in history at the London School of Economics. His first book, Theologians under Hitler: Gerhard Kittel, Paul Althaus and Emanuel Hirsch (Yale University Press, 1985), appeared also in German, Dutch and Japanese translation. In 2005 it was the basis for a documentary film, also called Theologians under Hitler, produced by Stephen Martin at vitalvisuals.com. Other publications include Complicity in the Holocaust: Churches and Universities in Nazi Germany (Cambridge, 2013); five edited books, including one co-edited with Susannah Heschel, Betrayal: German Churches and the Holocaust (Fortress Press, 1999); plus 50 articles and/or book chapters. He expects his next book, Christians in Nazi Germany, to appear with Cambridge University Press in 2018.

Ericksen is Chair of the Committee on Ethics, Religion and the Holocaust at the U.S. Holocaust Memorial Museum in DC. He serves on the Board of Editors of a German journal, Kirchliche  Zeitgeschichte, and of an online journal, Contemporary Church History Quarterly. He is a Fellow of the Alexander von Humboldt Stiftung. He has lectured extensively in ten countries on three continents, including the biennial Kaplan Holocaust Lectures at the University of Cape Town, the annual Raul Hilberg Memorial Lecture at the University of Vermont, and the annual Meyerhoff Lecture at the U.S. Memorial Holocaust Museum. 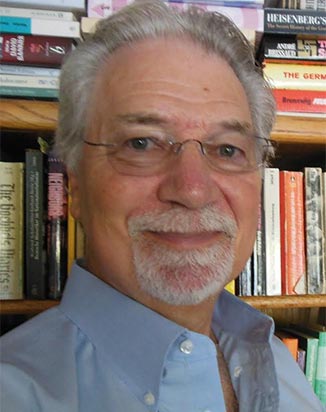 Robert P. Ericksen, Kurt Mayer Chair in Holocaust Studies Emeritus, will be this year's Lemkin Lecturer on April 4, 2017 in the Scandinavian Cultural Center.