Beauty is not only good for the soul, it makes us better human beings.

I believe, but can’t prove, that beauty is good for us – by which I mean it makes us better people. It’s morally good for us. Of course, the minute I say that, there springs to mind the countervailing example of Auschwitz commandants, after a day at the ovens, sitting enraptured by the beauties of Schubert Lieder. Yet there’s also the image of Lenin putting aside Beethoven, music he loved, precisely because its beauty impeded his conducting of a bloody revolution: it made him want to pat heads instead of beat them.

I was struck some years ago reading philosopher Elaine Scarry’s “On Beauty and Being Just,” feeling that, finally, someone with real credentials was proposing a connection between aesthetics and morality, reviving a 19th century view of the relationship between truth and beauty that’s always made sense to me. She suggests that an encounter with beauty, in any of its forms, calls us to an intensity of consciousness, to a sense of life’s utter preciousness and amplitude, actually prompting us to replicate the beauty we see. It ignites our desire for truth and fuels our desire to repair the damage done by injustice. She isn’t offering a proof, of course, but I find her argument very persuasive. Experiences of beauty seem to me the rare moments when we actually feel something like grace, moments when we can seem connected to other things and times and states of being. Beauty is certainly transformative. I’m not the only one who believes that: most folks have been moved, shaken, stunned, been altered by the beautiful in life or in art. And maybe most folks even think such an alteration is for the good. I don’t know. 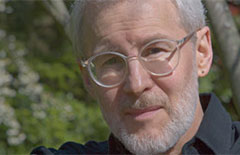 “There’s also the image of Lenin putting aside Beethoven, music he loved, precisely because its beauty impeded his conducting of a bloody revolution: it made him want to pat heads instead of beat them.”

But I know that I think it is. I believe beauty makes us better people; it can make us more alive, more connected, more receptive, more humble, more inquiring and discerning, more generous and generative. In a time of ideological brutalities and ugly partisan brawls, it seems a notion worth considering.

The Value Of The Liberal Arts

What value do the liberal arts add to our lives? This is a massive question that deserves treatment from many angles. Here I want to look at just one: what are the ideals behind the liberal arts?

1) The liberal arts teach charity. How do I mean this? Learning multiple languages – even just one more than the one to which we are born – teaches a person to accept different ways of expression and, from there, different ways of thinking about and seeing the world, as if through new eyes. Studying history makes the historian, in Nietzsche’s word, “unhistorical”[i], that is, it removes us from our Hegelian Zeitgeist – our unreflecting reliance on the here and now into which we are born – and lets us see outside ourselves temporally in much the same way that languages do culturally.

And literature, most importantly, lets us experience many lives as if they were our own: we can feel pity and fear, come out the other end maybe not unscathed, and feel that somehow, some way we understand another person, other people whom we’d otherwise never have known. Through literature, more than through any other study, we see the lessons and outcomes of virtue and its opposite, we come face to face with humanity.

2.) The liberal arts teach us how to live. Liberal education aims to teach its students how to be free human beings, how to rise above the impulses and pressures of the society around oneself, and so to self-reflect and self-govern. To do this, it is important first to understand one’s own society: its history, its literature, its shaping forces, the shared images and cultural heritages that make us who we are as Westerners. Whether we accept or reject that label, take pride in it or revile it, we cannot escape the influence it has on us any more than the ostrich, head in the sand, can escape the wind and sun. Better to understand it and thereby come to know our own expectations and biases so that, one day, we can try also to understand other persons and other societies, make profitable comparisons, make profitable judgments.

Put another way, the core of Western education is to come face to face with certain fundamental questions: we do not know if there is good or evil or what they are, if there is right or wrong, if there is life after death, if there is beauty and ugliness or if it is just a matter of taste. We are tiny lights in a sea of seemingly endless darkness, knowing not who we are, where come from, or what our purpose is. But we have a group of texts, texts handed down from centuries and written by men and women who are also handed down as the wisest among the wise, and these texts are what they thought and what they had to say about these questions. We begin from there.

3.) The liberal arts make an American education possible. Liberal studies in the American system specifically enforce breadth over specialization. This focus on generalization in the high schools and then on breadth in the first years of college, gives us a chance to discover entire fields and knowledge systems that might otherwise have remained forever hidden and closed to us. That is, the system delays the crystallization of the particular American equation of one’s job and one’s personality (one’s value, even) until that personality has had a fuller opportunity to develop. This gives us a chance at least for our personality to determine future employment, rather than the reverse, a chance to discover interests, passions, pieces we didn’t know we were missing, that we can carry with us through all the bland days that inevitably come.

4.) The liberal arts prepare us for death. The sentiment is a common one, stretching from antiquity to the present day, but no less true for its ubiquity.

Plato, in his dialogue the Phaedo, argues that philosophy is practice for dying[ii]. It trains the mind to move outside the body, to think beyond its physical constraints, not to be distracted by the material, the temporary, but to focus instead on what endures beyond our individual lives.

We can see a more modern rendition in Alan Bennet’s play History Boys, in which Hector, the students’ general studies instructor, encourages the high school-aged boys to learn poetry:

In both examples we a the refrain of the liberal arts: let’s not blindly blunder through our lives but let’s look ahead, see the problems that we will one day confront, face to face, let’s acknowledge the many parts of our being – physical, emotional, rational, spiritual – and let’s prepare not just for tomorrow but for all the days even unto the last one. On that last day, we will not have money, prestige, pride, or possessions. We carry to the grave only what we carry inside.

The liberal arts free our minds from our own tyranny: they drag us – often kicking and screaming – into intellectual flexibility, charity, openness toward others, but they also counter those same influences with mathematical rigor, notions of empirical testing, a certainty that there is truth to be found and known, with an openness that it may look nothing like we expect. This makes us better employees, entrepreneurs, and leaders, ready to react and act in any situation and communicate clearly and persuasively our needs to our colleagues. It also makes us better people: the arts of civilization, of humanitas, render us kinder and gentler. If we are hosts in our hearts, we will become so in fact.

[i] On the Advantage and Disadvantage of History for Life