The Many Fields of Classics 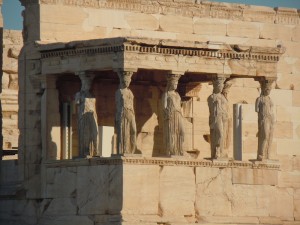 The many faces of Classics

Mythology permeates Greco-Roman culture.  As a result, many myths exist as isolated mentions in literature otherwise unconcerned with that particular story.  What follows are the major literary works and handbooks from antiquity which document most of what we know about ancient mythology.  NOTE:  This is not meant to be a comprehensive list of ancient mythographers or sources for mythology.

Literary Theory and the Classics

Many but not all of the Greek philosophical schools trace their descent from Socrates of Athens (469-399 BCE).  While Socrates himself left no writings, his pupils left a number of accounts of his life and thought, most notably Plato and Xenophon.

Epigraphic studies are a mess.  There are hugely many collections of inscriptions by region and a number of attempts at “complete” collections, all of which are outdated before they are published.  As a result, one has to be aware of a long list of places to look for inscriptions.  Below are some of the major and most easily-accessible databases of inscriptions.  But you can also go here for an extensive introduction to epigraphic studies, along with lists of copora.