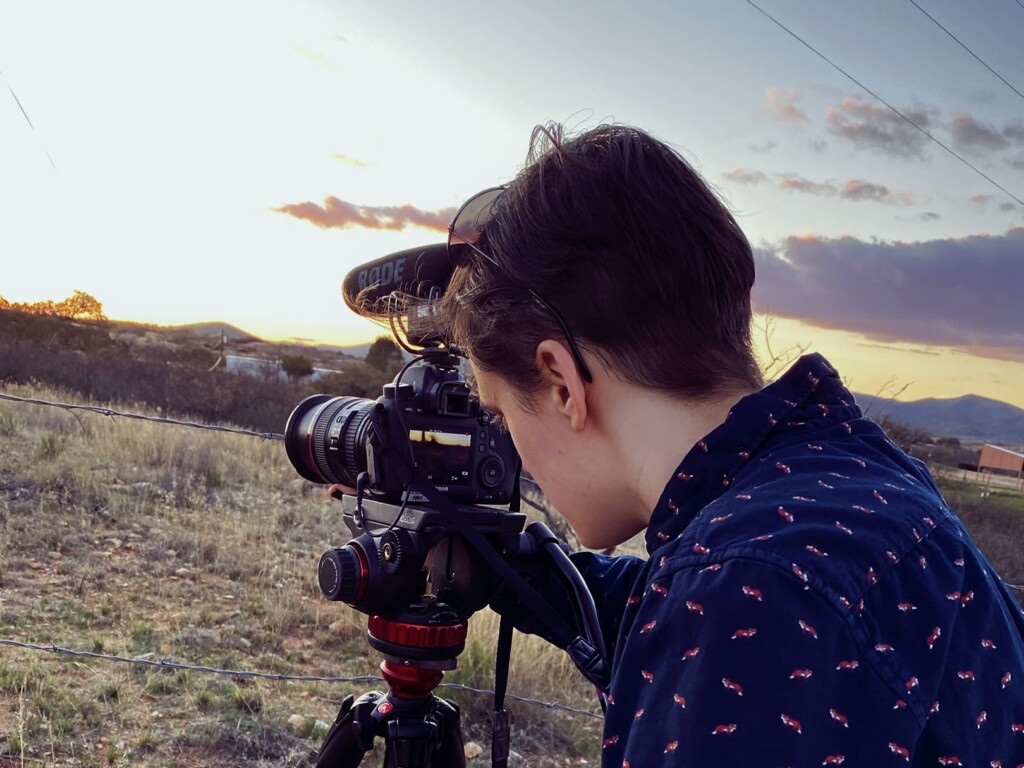 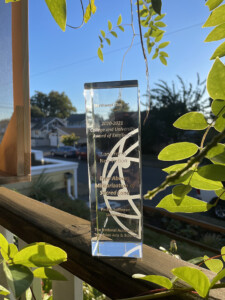 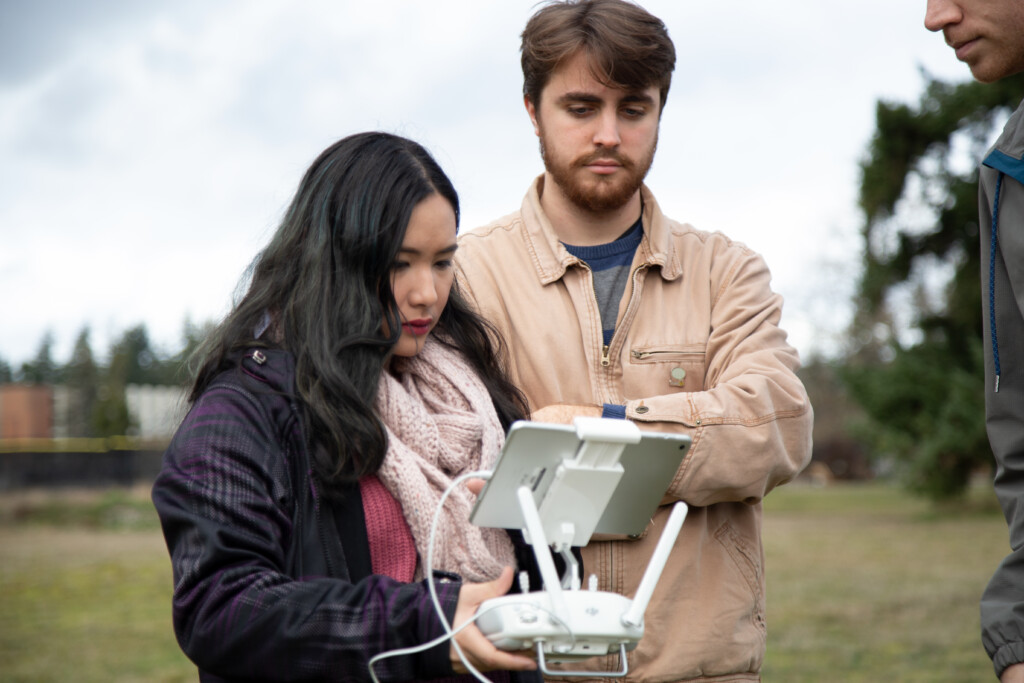 Eyes Above: Militarization of Sacred Land

MediaLab students virtually premiered their latest documentary, Eyes Above: Militarization of Sacred Land, on April 1, 2021. The film explores how the Tohono O’odham Nation in southern Arizona grapples with the encroaching surveillance technologies implemented on their land as the United States further militarizes its border with Mexico. Members of the O’odham Nation share their stories of life under the watchful eye of surveillance and the U.S. Border Patrol.

In May 2021, the student team found out they were nominated for a NW Region College Emmy and were notified they were selected as the winner shortly thereafter. Congratulations to the team! 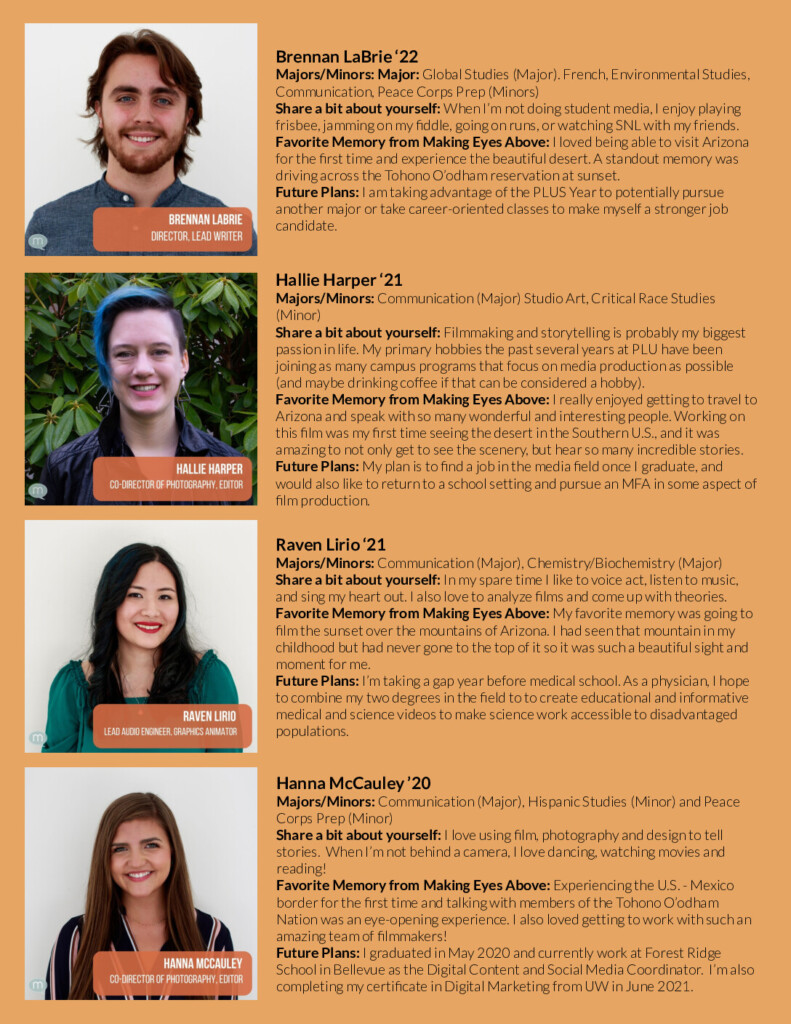 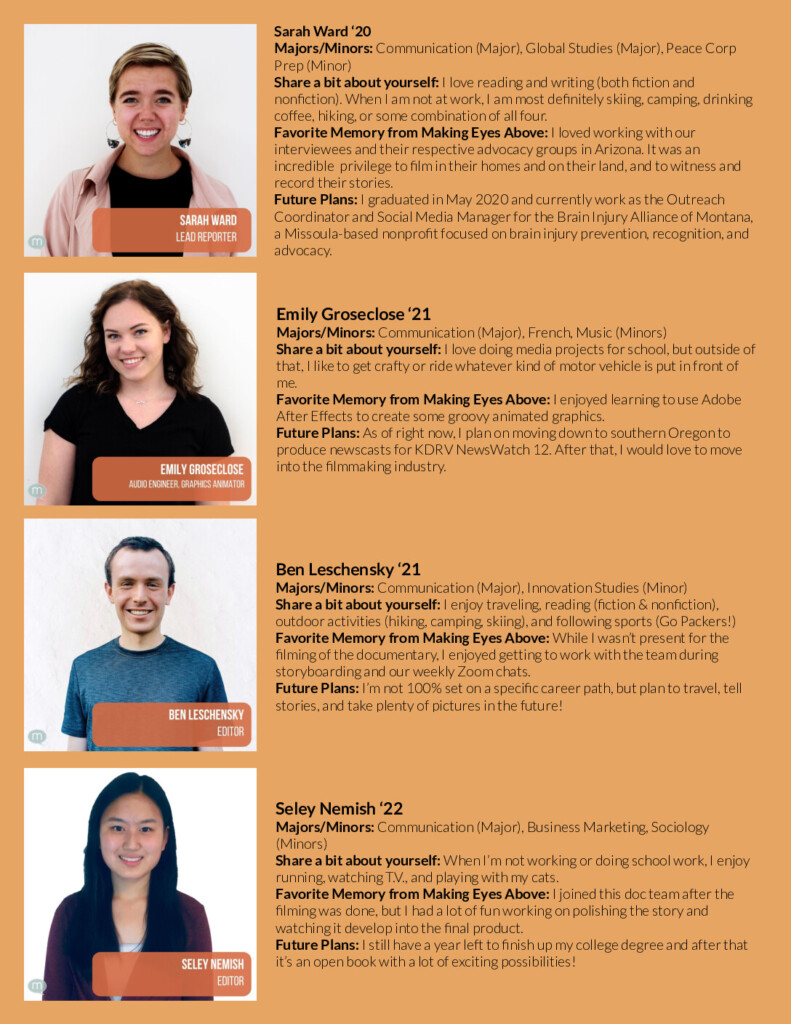