Dr. Youtz has been part of the Trinidad Gateway Program since its beginning in 1993 and he began taking students to Trinidad and Tobago in 1999. This jewel of a country in the Southern Caribbean has a rich diversity of the world’s peoples and a vibrant arts scene. “Trinidad is a wonderful place for students to experience a culture where the arts are not just entertainment but are in fact a deep part of cultural identity—both personal and societal,” said Dr. Youtz. 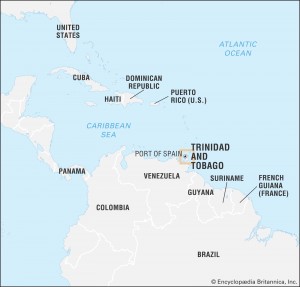 This course introduces students to the role of music (and allied art forms) in Trinidadian history and culture, and the ways that education promotes both unity and diversity of cultural expression.

Trinidad is a post-colonial society with heritage communities from Africa, India, China, Venezuela, Portugal, Lebanon, France and England. Carnival music and masquerade were expressions of creative resistance by enslaved or indentured sugar cane plantation workers, labor organizers, and displaced and impoverished urban communities. Calypso songs and steelband music developed in this context. Overall, music played a very important part in the construction of a post-colonial identity for Trinidadians.

Today Trinidad is a modern twin-island nation, an oil-producing member of OPEC, a major Caribbean tourist destination and the site of one of the world’s most influential “Carnivals.” Known as Mardi Gras in the US, Carnival is a celebration of survival and resilience against the oppressions of slavery and colonialism as well as a celebration of life and art. Every year Carnival is somewhat different as it responds to changing aesthetics, changing ideas, and world events that form the topics for the famous Calypso songs.

Students in this J-term course spend time visiting rehearsals of steelbands, talking to both teachers and performers of calypso, and meeting with other community leaders involved with the transmission and perpetuation of music, dance, costume, and theater during the Carnival season and throughout the year. 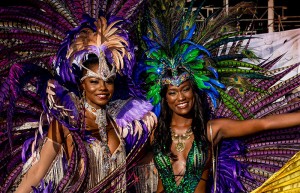 Students learn the deep history and meaning of what appears to be a joyful event such as Carnival through many lectures, field trips, performances, and other activities. They also experience other aspects of society such as the re-emergence of the cocoa industry as a boutique bean-to-bar movement, as well as learning about the lives of subsistence fishermen in a small village.

One of the favorite trip activities is when students attend a performance by the famous Malick Folk Performers. Each year the performers request that the students, in turn, perform something for them! Seeing what the students come up with each year is a delight for Dr. Youtz!

Speaking of delight, students’ favorite Trinidadian dish is probably “Doubles,” a street food from India (40% of the population is of Indian origin). Doubles are like two small tacos with curried chickpeas and special sauces. They’re quite delicious! 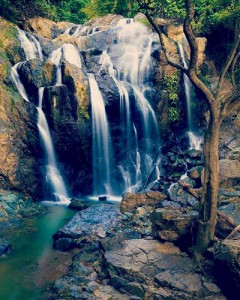 The students in the Trinidad program always read a novel by Earl Lovelace, one of Trinidad’s two most famous authors (the other is V.S. Naipaul). Lovelace wrote The Dragon Can’t Dance in 1979 which has remained one of the most loved and read novels in Trinidad’s history. It is an amazing read in part because Lovelace has a unique style and cadence (which earned him the Commonwealth Prize for Literature in the 1990s for another novel, Salt).

Dr. Youtz said, “It has never been more important than now for Americans to get out of their own world and see the planet from another point of view. Each PLU course or program is carefully curated to ensure that students not only see and do things abroad but also think deeply about why things are different around the world. We intentionally refer to these as courses, not trips!”

The Trinidad Gateway Program is unique in terms of PLU’s Study Away offerings because it is a J-Term+semester experience. However, because of this extended time commitment, it is difficult for students in rigorous academic programs to be away that long from their major studies. Typically, there are a limited number of spots for J-Term only students. There are very few such hybrid study away courses; but the infectious energy and vibrancy of music, dance, costume, and literature in Trinidad, and the enthusiasm with which Trinidadidans live, will be absorbed by all who travel there—no matter how long they stay.