Thank you for a great 2020 Honor Jazz Band!  Please check back next year for information regarding future events. 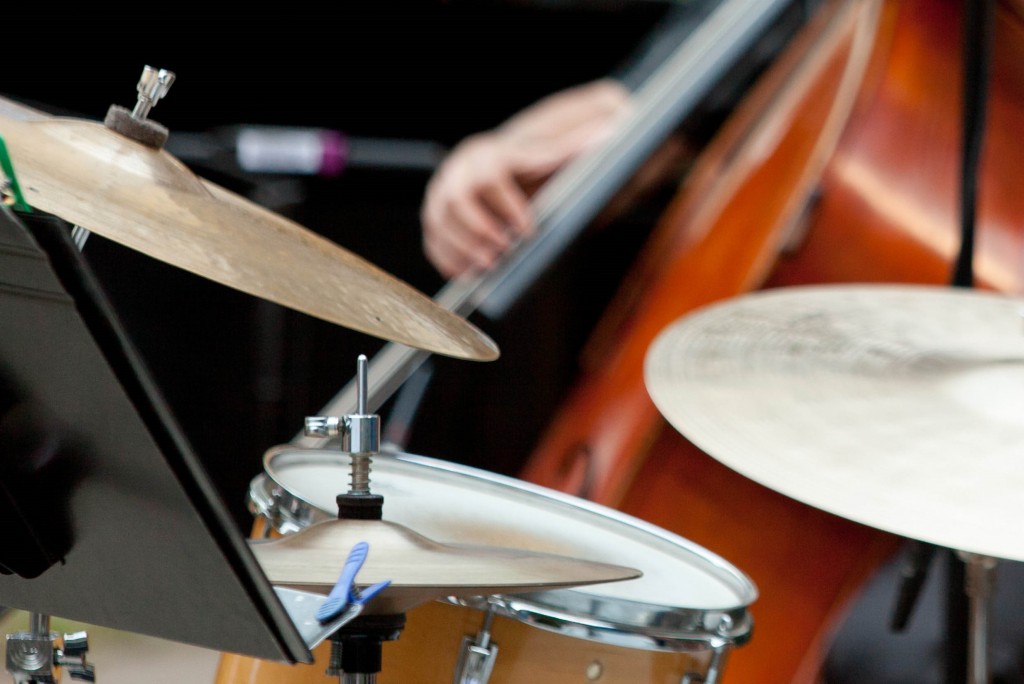 The PLU Honor Jazz Band is open by nomination to high schools.  Your students will enjoy a full day of music making with other talented young musicians. The event features workshops, rehearsals, a jam session, and a final concert, which will be held in the beautiful Karen Hille Phillips Center for the Performing Arts at PLU. The students will be coached by the PLU jazz faculty as they prepare to perform the final concert.

Nominations for February 2020 are now closed.

High school directors, please use the link provided above to create or login with an OpusEvent account to nominate and recommend students that you would like to participate in the Northwest High School Honor Jazz Band. The nomination deadline is November 1, 2019. We ask that before nominating a student, please check with each student concerning their availability. There is a participant fee of $55 for each student participating in the Honor Jazz Band.

No prerecorded materials are required at this time.

Honor Jazz Band registration will be made available following the designated nomination period.

Once nominations have been reviewed Honor Jazz Band participants will be notified of acceptance via email and provided access to registration.  Once received, please complete registration and payment using the OpusEvent link provided by December 15th.

Please note that no refunds will be allowed after event registration has been completed, and no registration or payment will be accepted following the deadline of December 15th. 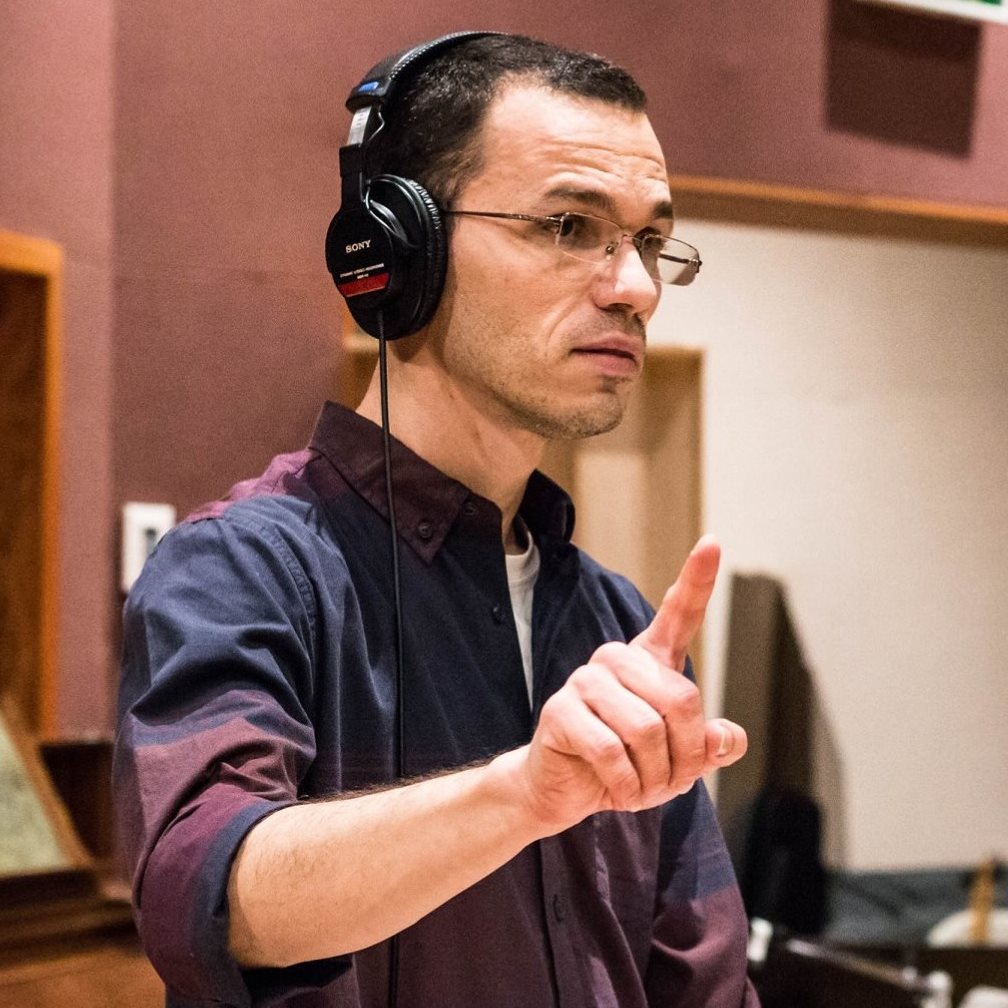 Cassio Vianna was born and raised in Rio de Janeiro, Brazil. A scholar in jazz and Brazilian popular music, he has been featured as a performer and/or clinician at festivals and conferences in Brazil, Paraguay, China, and in the U.S. His compositions for jazz ensemble have received national recognition, including awards from the National Band Association, Jazz Education Network, and the International Society of Jazz Arrangers and Composers (ISJAC). Artists who have performed his compositions or arrangements include Chris Potter, Ernie Watts, Martha Reeves, Tony Kadleck, Danny Gottlieb, Armando Marçal, Chuck Owen’s Jazz Surge Band, Clay Jenkins, David Caffey Jazz Orchestra, and the United States Army Field Band (Jazz Ambassadors), among others. Dr. Vianna has produced several recordings of his original works; his most recent album Infância (2017) features his original compositions for jazz orchestra. 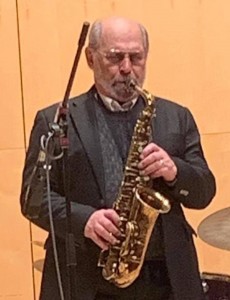 Bob Miller has had an illustrious career in high school and university music teaching and administration. Now retired, he founded the jazz program at Arizona State University and was dean of the Lionel Hampton School of Music at the University of Idaho. A music educator, saxophonist, and ensemble director, Bob also adjudicates and does music clinics and workshops all over the country. 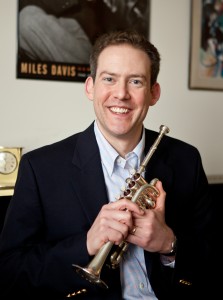 Zachary Lyman is Associate Professor of Music at PLU, where he teaches classroom music, directs the trumpet ensemble, coaches chamber music, and performs with the Lyric Brass Quintet, and was the 2017 recipient of the Faculty Excellence Award in Teaching. He holds the Doctor of Musical Arts degree in Trumpet Performance and Pedagogy from the University of Iowa where he was the recipient of the prestigious Iowa Performance Fellowship, the highest award for graduate study. Dr. Lyman received the Bachelor of Music Degree with honors from the College of Wooster and the Master of Music degree with honors and distinction in performance from the New England Conservatory of Music. He is active as an orchestral, chamber, and solo performer and has performed with the New England Philharmonic, and the Boston Philharmonic, Cedar Rapids, and Quad Cities Symphony Orchestras. Lyman has also performed as featured soloist with the Moscow Chamber Orchestra, PLU Wind Ensemble, PLU Symphony Orchestra, The University Chorale, Choir of the West, the Tacoma Community College Orchestra, and the Tacoma Brass Band.  He plays throughout the northwest as a member of the Seattle-based Mosaic Brass Quintet. He has appeared with the Vashon Opera and Tacoma Symphony Orchestras, at the Olympic Music Festival, and is on the summer faculty at the Evergreen Music Festival.  He also serves as director of the Tacoma Young Chamber Players, the South Sound’s premier chamber music experience for young adults. Dr. Lyman’s articles have been published by American Music and the International Trumpet Guild Journal. His trumpet warm-up book Practical Daily Warm-Ups for Trumpet is published by Keveli Music. The Lyric Brass Quintet’s CD, American Music for Brass Quintet, is available from Emeritus Recordings. A second album, featuring the world-premiere recording of Luther: Seven Scenes for Brass Quintet by PLU Emeritus faculty member Dr. Jerry Kracht, will be released in October, 2018.  Dr. Lyman lives in Tacoma with his wife Anne, son Milo, and daughter Eleanor. In his spare time he enjoys trying to stay upright on his mountain bike, and being a disgruntled Red Sox fan. 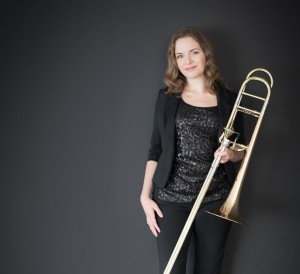 Rebecca Ford is Lecturer of Trombone at PLU where she teaches trombone, coaches chamber music, and performs with the Lyric Brass Quintet. In addition to her position at PLU, Rebecca serves as trombone faculty for Cornish College of the Performing Arts, Evergreen Music Festival, Vivace Chamber Players Organization, Bellevue Youth Symphony Organization and the Endangered Instruments Program branch of the Seattle Youth Symphony Organization, which provides focused instruction to budding musicians on “endangered” orchestral instruments in a public school environment. Rebecca enjoys an active performance schedule throughout the Puget Sound region. She can be regularly heard with ensembles such as Tacoma Symphony Orchestra, Seattle Symphony Orchestra, Seattle Opera, Tacoma Opera, Northwest Sinfonietta, Seattle Modern Orchestra, and Bellingham Music Festival amongst many others. She is also joyfully involved in chamber music with various ensembles, including a recent premiere performance with the Trombone Collective in May 2016. Rebecca received her bachelor’s degree from the prestigious Cleveland Institute of Music where she studied under the tutelage of Steve Witser and Richard Stout. Other primary teachers include James Box, David Ritt, and Mark Babbitt. When she’s not holding a trombone, Rebecca enjoys gardening, hiking, fermenting food (on purpose) and going on adventures with her two wonderful boys. 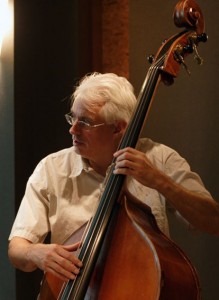 Known for his improvisational virtuosity, his steady presence in the groove pocket and his command of multiple styles, bassist Clipper Anderson is one of the most highly regarded musicians on the Northwest jazz scene today. Equally comfortable with straight-ahead, traditional, free jazz or bebop, he plays with genuine reverence for the music and an unassuming mastery that speaks for itself. Clipper has enjoyed a long and distinguished career as a composer, performer, studio musician, vocalist and educator. He plays at jazz festivals throughout the United States and Canada and has appeared at the Port Townsend Jazz Festival, the Highland Jazz Festival, the Fairbanks Summer Art Festival, the Crown of the Continent Guitar Foundation Festival, the Blaine Jazz Festival and the Buddy DeFranco/University of Montana Jazz Festival, the latter four of which he plays annually. He has shared the bandstand with a long list of jazz luminaries including Michael Brecker, Arturo Sandoval, Dave Samuels, Peter Erskine, Bruce Forman, Tamir Hendelman, Bob Mintzer, Lew Soloff, Bucky Pizzarelli, Benny Golson, Paquito D’Rivera, Phil Woods and Buddy DeFranco. As a session musician, Clipper has appeared on numerous recordings, including five with Northwest vocal icon Greta Matassa. Clipper’s 2012 CD The Road Home, marked his debut as a solo artist and composer and held the top 20-22 spots on the national jazz radio charts for several months. 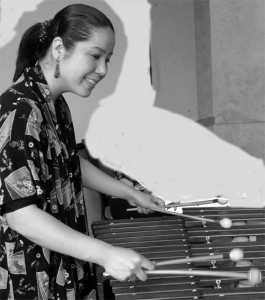 Originally from Tokyo, Miho Takekawa teaches at PLU where she heads the percussion studio and directs the percussion and steel pan ensembles. She was an interim professor of percussion at the University of Washington School of Music from 2010-2011. Miho began piano at age three and took up percussion at thirteen, ultimately graduating from Tokyo’s prestigious Kunitachi School of Music. She earned both master’s and doctoral degrees in percussion performance from the University of Washington School of Music in Seattle, where she was awarded the coveted Boeing Scholarship, among other honors. She is a sought-after performer in many styles of music, working with groups ranging from classical music (such as the Seattle Modern Orchestra) to Mexican banda music, steel band, and West African drumming. She performs with Diego Coy Musica Colombiana, Pan Duo, and many other groups, and is a founding member of the Miho & Diego Duo (www.mihodiego.com) that has received grants from the National Endowment for the Arts. Significant awards include a Washington State Arts Commission Fellowship and grants from King County 4Culture. In addition to her own performance career, Miho is the music director of Anba Koko Women’s Steelband from Seattle and serves as a guest instructor to the Hirosaki University Steel Pan Group in Japan. Inspired to share her passion for music with others, she contributes as the vice president of the Percussive Arts Society Washington Chapter, and is a founder of Smile for Japan, a Seattle-based fundraising event for the victims of the Tohoku earthquake and tsunami. She was also a contributing performer to a fundraising CD to aid victims of the Oso, Washington Mud Slide. Although based in Seattle, she has performed at various festivals, schools and conferences in Washington, Oregon, California, Mexico and Chile. She has worked to foster cultural exchange between Japanese and American band programs and professional musicians since 2003. For more information, visit www.tymusicexchange.com. 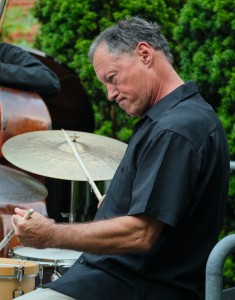 Mark Ivester is a versatile drummer and percussionist with extensive experience playing a variety of musical genres from rock to jazz to orchestral music. Ivester has performed with numerous jazz artists of international stature including Larry Coryell, Freddie Hubbard, Diane Schuur, Mose Allison, Charlie Byrd and Eartha Kitt. He currently performs and records with the Jovino Santos Neto Quartet, Greta Matassa and Susan Pasca. Ivester has also performed with the Honolulu, Spokane and Walla Walla symphony orchestras. Ivester is a founding member of the professional percussion ensemble Happy Hammers, a group that performs a broad cross-section of percussion music of various ethnic origins including the steel drums from Trinidad, African drumming of the Ewe and Yoruba tribes, Afro-Cuban drumming, Brazilian sambas, and jazz for mallet keyboard instruments. Ivester earned a Bachelor of Music degree from Eastern Washington University, and he did undergraduate and graduate work in ethnomusicology at the University of Hawaii that included field study in gamelan music on the island of Java.