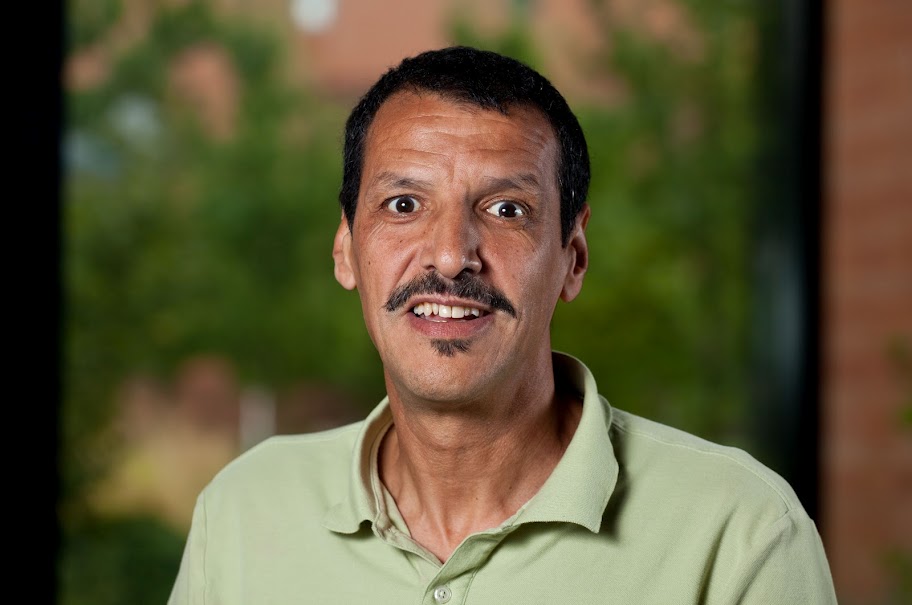 With heavy hearts, we must share the news that Dr. Rachid Benkhalti, PLU Professor of Mathematics, died unexpectedly of natural causes this past weekend.

Beloved by his students and peers alike, Rachid joined our Department of Mathematics in 1987. He became a full professor in 1999 and also served two terms as chair of the Mathematics Department.

“Rachid was a great teacher who loved his subject and his students,” says Professor Emeritus of Mathematics Celine Dorner. “He was an exemplary recruiter, mentor, and coach who excelled as a textbook writer and scholar. Rachid loved his students, and they appreciated the time he spent with them outside of class. The department will miss his passion for spotting, nurturing, and recruiting students with an interest in mathematics.”

A Fulbright scholar and recipient of PLU’s Faculty Excellence in Scholarship Award, Rachid was a highly accomplished mathematician interested in the fields of delay differential equations, mathematical biology, dynamical systems, and bifurcation theory. Citing his textbook about differential equations (in French) and his vast number of published papers in well-respected journals, his colleagues in mathematics describe him as one of the most active scholars in the department. He earned a doctoral degree, diploma of in-depth studies, and a master’s degree in mathematics from UniversiteÌ of Pau (France).

“Students at all levels praise his willingness to work with them outside of class, his concern with their progress, and his mastery of the course material,” wrote Mathematics colleagues Bryan Dorner and Mei Zhu in a 2015 sabbatical review.

“Rachid takes great interest in his students as individuals and is known for catching potential math majors early on and passionately encouraging them to major in math,” Dorner and Zhu continued. “Several of our mathematics majors have commented that they decided to major in math because Rachid spoke to them and encouraged them.”

“Dr. Benkhalti is an ideal college professor,” wrote a recent student. “My experience taking classes from him was memorable and makes learning hard mathematical concepts attainable. I learned so much while taking the calculus series, and he motivated me to become a mathematician.”

Throughout his 33 years at PLU, Rachid has been involved in a wide variety of leadership and planning committees. Highlights include serving as the Mathematics Department representative to the Planning Committee for the Morken Center and serving on the Educational Policies Committee, the Diversity Committee, and the Natural Sciences Division’s Safety Committee.

Those closest to Rachid say they will remember Rachid as a dear friend; a proud, loving father; an avid Moroccan cook and lover of Moroccan music; and a soccer enthusiast who played with friends twice a week. He is survived by his two adult children who are PLU alumni—Ahmed Benkhalti ’10 and Salima Benkhalti ’15.

Rachid was teaching three courses this semester. Natural Sciences Dean Ann Auman and Mathematics Chair Ksenija Simic-Muller have been communicating with the students in those courses to provide plans for concluding those courses and to connect them with grief counseling support services.

All students in need of grief counseling are encouraged to visit PLU’s Counseling Center, Lute Telehealth, or Campus Ministry. The PLU Employee Assistance Program is a support resource for faculty and staff. Please reach out.

You can read the obituary for Rachid in the Tacoma News Tribune. The family has also created a website where you can share memories of Rachid: rachidbenkhalti.com 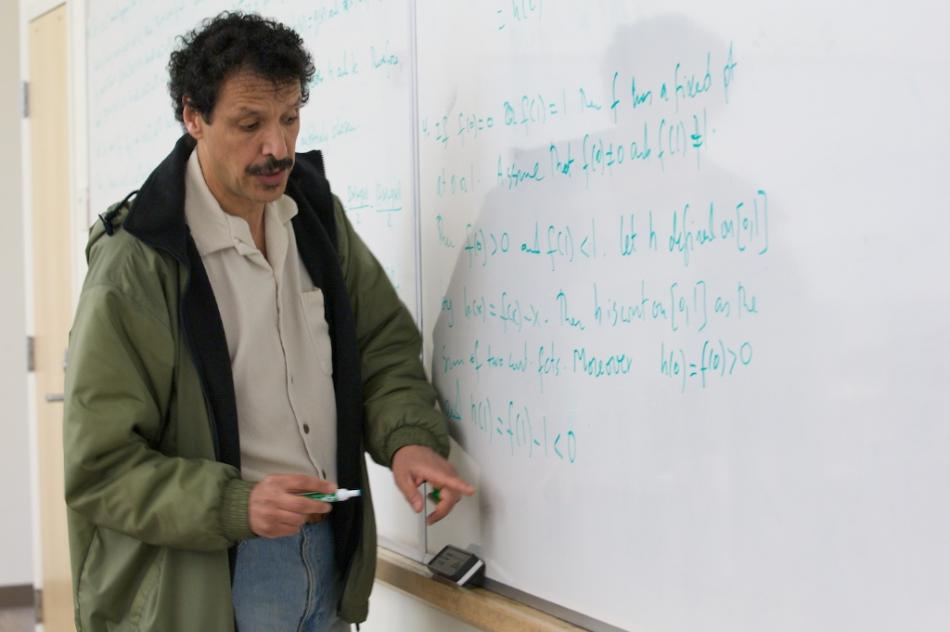 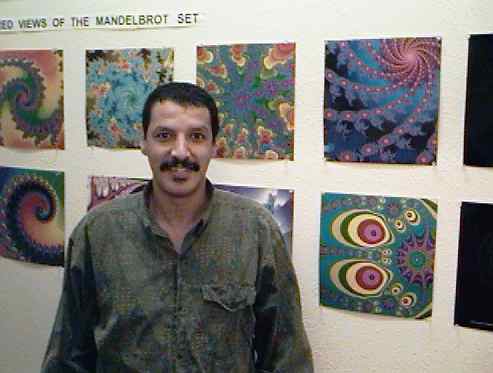 You can view the Celebration of Life Service for Dr. Rachid Benkhalti here: https://youtu.be/ytn4HC8wjGA

In lieu of flowers, the family encourages people to donate to help create a Rachid Benkhalti Memorial Scholarship for math students.
You can donate here: www.plu.edu/advancement/tribute-giving/

“When I was diagnosed with T-cell lymphoma in 2004, I shaved my head rather than have hair fall out during treatment.  I mentioned to Rachid how self-conscious I felt about losing my hair. The next day he had also shaved his head in solidarity with me…I visited his family a few times, sometimes just to visit and play games with them, but at least a couple times to learn about Moroccan cooking.  He taught me “the correct way” to cut an onion, and made me do it a few times until I got it right.  I have used his method ever since.” -Daniel (Deej) Heath, Mathematics

“Rachid enjoyed his research in Neutral Differential Equations, which can be applied to understanding underlying mechanisms of problems in biology, population dynamics, ecology, and medicine. He served PLU students as their international math modeling contest advisor in the late 90s, and one of his teams won the Outstanding award, which ranked our PLU team in the top 1% internationally. He collaborates on his research with people from other countries, including a scholar from Morocco who he hosted at PLU. He also shared his cultural and language background with other divisions. His teaching was very rigorous and he held his students to a high standard. He worked hard to help them meet this standard, and learn to the best of their abilities. He has been a mentor and a friend to many of us. He is a man with integrity, compassion, and kindness, and he will be deeply missed by all.” – Mei Zhu, Mathematics

“He was the chair of the department when I applied to PLU, and his kindness was one of the reasons I began working here. He was so warm and open about the department and the university, and made me feel right at home.  Also, when I was hospitalized and on life-support for five months in 2012-13, Rachid visited me and brought a lei of purple flowers to me all the way from Hawaii. I was touched that he visited, and had transported them so perfectly. His smile lit up my hospital room.” Jessica Sklar, Mathematics

“Rachid’s Mathematical Analysis class was one of the hardest I took in my years at PLU, but his kindness, humor, and care for his students left me with nothing but positive memories from that semester. His spirit and his laugh will be deeply missed.” -Kaarin Praxel Austin ‘07, Advancement

“Professor Benkhalti never lacked enthusiasm in the classroom (even when the class was ridiculously hard) and made every student feel seen! He was always a friendly “hello” in the halls of Morken and could be counted on for a smile.” -Craig Chamberlain ‘13, Office of the Provost

“Rachid did his doctoral work at the Université de Pau in France, so it goes without saying that he was a fluent French speaker, and he often participated actively in French Program activities in my early years at PLU. Though I hadn’t seen him recently, we were good friends and I was often witness to his warm heart and generous spirit.  I’m sad to think he’s died so young!  I know he’ll be greatly mourned and missed by many.” – Mark Jensen, French

“Rachid guided the mathematics department as chair during a difficult transition phase in the mid-to-late 90s. He was always supportive of his fellow mathematician colleagues and worked hard on our behalf. Rachid loved working with students; his booming voice could be heard down the hall as he helped students come to grips with difficult calculus techniques or learned about the uniqueness and existence of differential equations. Rachid had vast knowledge of applied mathematics and modeling techniques, guiding PLU modeling teams to numerous awards (including leading our only outstanding finish). I always consulted him when I had questions about multivariable calculus, and he always took time to help me. In addition to his years of teaching and service, Rachid always continued with his scholarship and received the university-wide award for outstanding research in 2003… I will always remember Rachid for his upbeat nature, his passionate discussions about university and department policies, and his sense of humor in difficult times. I will never forget going to his house when he cooked using a Tagine – he threw spices in there like it was nothing. I was sure the meal would be too salty, but it was perfect. While Rachid gave his life to PLU and mathematics, it was amazing to see his skills as a cook. I also know that Rachid was an excellent soccer player and was still playing.” – Tom Edgar, Mathematics