The 2020 Rachel Carson Science, Technology and Society lecture brings Willliam Foege, B.A. (’57), M.D., M.P.H. back to Pacific Lutheran University. Dr. Foege is best known for his leading role in the effort to eradicate smallpox, but he was also key to the fight to eliminate Guinea worm disease, polio, measles and river blindness. He’s a global health champion, especially in the arenas of child health and development, preventative medicine, and vaccines, and he lent his passion and expertise to help shape and expand The Bill and Melinda Gates Foundation’s revolutionary mission in global health.

In the 1970s, Dr. Foege served as the Director for the Centers of Disease Control and Prevention, and in 1986, Foege became executive director of The Carter Center where he continues to serve the organization as a senior fellow. Former President Jimmy Carter called Foege one of the two men in his life, other than his father, “who have shaped who I am.”

For his lifelong commitment to improving the lives of people of all nations, Dr. William Foege was awarded the Presidential Medal of Freedom by President Barack Obama in 2012.

Dr. Foege speaks about his time at PLU. 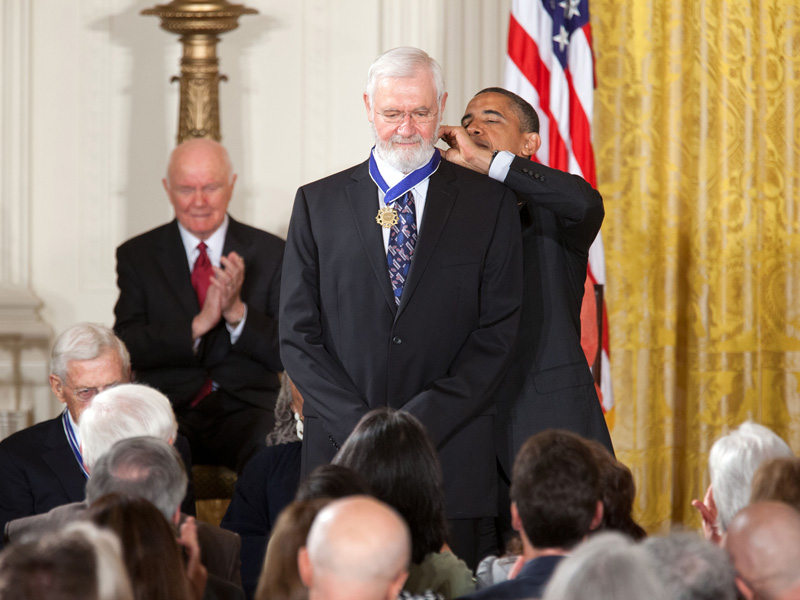