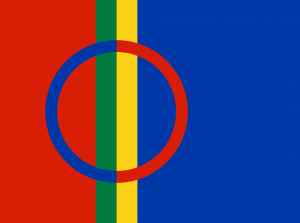 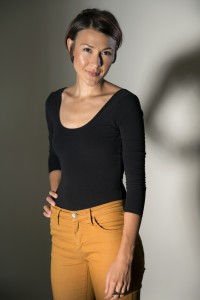 Elle-Máijá Tailfeathers, who is the featured guest for Sámi National Day. Photo by Blaire Russell.

Raised in Norwegian Sápmi, the United States, and Canada, Elle-Máijá was named by the Canadian Broadcasting Corporation as one of their “Indigenous Youth Leaders: 5 Under 30 to Watch in 2015,” and Bihttoš was picked up for in-flight screening by Air Canada and Alaska Airlines.

Her father Bjarne Store-Jakobsen was given the nickname Bihttoš, or Rebel, in acknowledgment of the central role he played in the ČSV Sámi rights movement of the 1970s and ‘80s, a movement in which Sámi on the Norwegian side successfully pressured the government for recognition of their Indigenous status, the creation of the Sámediggi (Sámi Parliament), changes to the country’s constitution, and legal protection for the Sámi languages. Bjarne was elected as a representative to the Sámediggi for the 2005-2009 session.

Sámi álbmotbeaivi has been celebrated by the Sámi since 1993, and commemorates the first pan-Sámi political meeting on February 6, 1917, in Trondheim. PLU and the SCC have been celebrating the Sámi National Day since 2013. This year’s celebration will run from 5 to 7:30 p.m. on Saturday, February 6, in Ingram 100. Admission is free, and refreshments, including reindeer sausage, will be served.