What Can You Do With a PLU Degree?

Well, You Could End Up on a Billboard

Some of those world-changing improvements are subtly meaningful; others reverberate across a community, a country and even a planet. From Tacoma education pioneer Willie Stewart ’69 to Android co-founder Nick Sears ’87, ’95 and from Alaska Airlines CEO Brad Tilden ’83 to Metropolitan Opera superstar Angela Meade ’01, Lutes are making big differences and creating legacies that command large-scale attention.

Your connection to PLU and to Lutes all around the world.

Starting in mid-September, that large-scale attention turns literal as some of PLU’s most notable alumni, and their amazing accomplishments, take over high-profile billboards along the I-5 corridor; from Portland to north of Seattle; and, for the first time, in the Spokane area.

It’s PLU’s third major outdoor-advertising campaign in the past year. The first featured inspiring Six Word Stories submitted by students, faculty and staff, and alumni, and the second focused on the same constituents’ heartfelt responses to “Why PLU?”

Just how are Lutes changing the world? Click on a photo to watch a personal story.

Both were successful on several levels, from raising awareness of PLU to capturing why, exactly, people choose to become—and stay—loyal Lutes. But after spotting three of those billboards on a springtime drive, PLU Director of Financial Aid Kay Soltis and her daughter were inspired to ask the next natural, crucial question: What happens after PLU?

The answer: PLU produces awesomely powerful graduates. And that’s a truth worth sharing.

The 10 accomplished alumni on the billboards, then, have been photographed in their “element,” accompanied by a few key words about their contributions (career-wise and community-wise) and one extra-big word that best exemplifies their impact on the world.

For the record, it was not easy to narrow those impacts to one word: For 125 years, Lutes have created and left remarkable, multilayered legacies everywhere they go—including, now, along some highly trafficked highways.

Click a photo to see each participating Lute’s billboard.

Sandy Deneau Dunham
Sandy Deneau Dunham has worked as a reporter, a copy editor and an editor and team leader for The Phoenix Gazette, The (Tacoma) News Tribune and The Seattle Times, and as Communications Manager for Town Hall Seattle. She graduated from the University of Iowa with a bachelor’s degree in journalism and has volunteered at the Washington Soldiers Home & Colony (and maintained the website SoldiersHomeStories.com) since 2009. 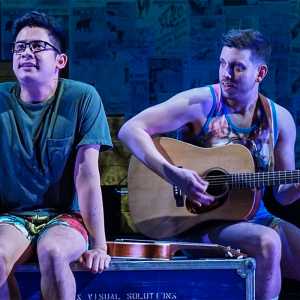