The Art of Diplomacy

During the Napoleonic war in 1814—34 years before PLU founder Bjug Harstad was born— Denmark lost control over Norway, a territory it had held for more than 300 years. Quicker than a flash from the Northern Lights, Norwegian leaders came together to craft a constitution that would establish their land as an independent country.

Inspired by the still-relatively new Constitution of the United States (and by older French philosophy), that document created a democratic government with a balanced federal authority. It was signed in the mountain retreat of Eidsvoll on May 17, 1814. With only a few amendments, it has been in continuous force ever since, making it the oldest such constitution in Europe.

An exhibition celebrating this remarkable document opened on May 17, 2014 (the constitution’s 200th anniversary), at the Eidsvoll Center in Norway—and now that same exhibition will hold its exclusive U.S. premiere at Pacific Lutheran University’s Scandinavian Cultural Center.

The exhibition, 1814-2014: Red White and Blue–Norwegian Constitution, American Inspiration, is made up of works by 10 renowned Norwegian modern artists—together it’s a visual exploration of themes ranging from freedom and stability to the struggles facing democracy and globalization. Each of the 10 chosen artists submitted several works: bold, colorful graphics; subtle ink drawings and photographs; and oil paintings, sculptures and mixed media.

“The U.S. premiere of these specially commissioned artworks at the Scandinavian Cultural Center is a particular honor,” said Dr. Elisabeth Ida Ward, director of the SCC. “We have a deep historic connection to Norway here at PLU, but this exhibition is also about looking forward to create a more inclusive democracy today. We think it will resonate with students and the public.”

Thousands of visitors saw the exhibition while it was on display in Norway this summer.

The Consul of Norway in Seattle, Kim Nesselquist, facilitated the exhibition’s Tacoma premiere. “The relationship between Norway and the United States is very strong and continues to be critical for Washington state,” he said. “ It was important we get the exhibition here.”

View Samples of the Exhibit 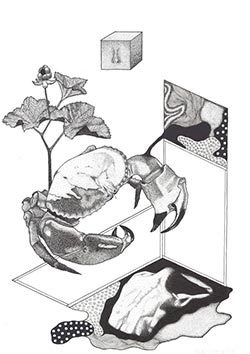 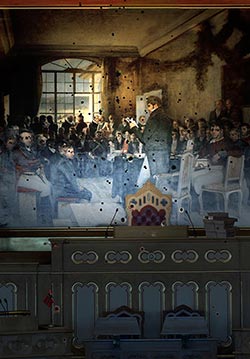 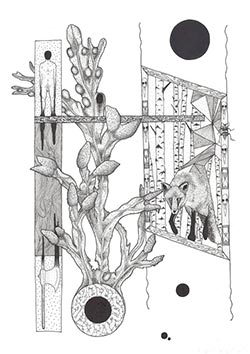 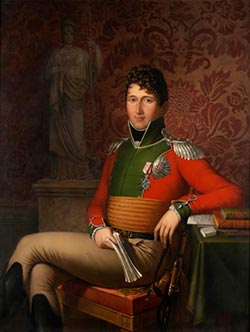 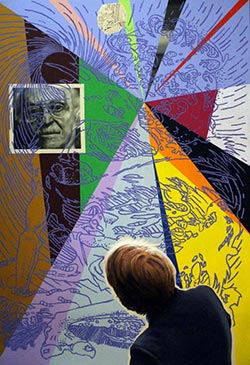 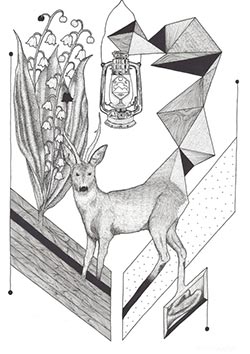 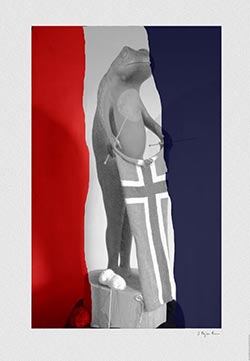 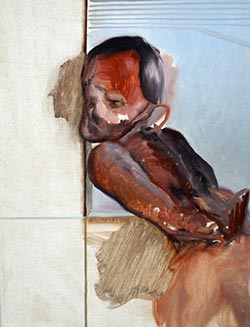 Accompanying the show is a scholarly volume of essays by leading authorities on the history and importance of the Norwegian constitution. (The book, also titled 1814-2014: Red White and Blue, is available at Garfield Book Company at PLU.) Trond B. Olsen of ArtPro, Norway, curated the exhibition and the publication, and the U.S. tour is supported by the Royal Norwegian Consulate.

The exhibition premiered at PLU on Aug. 24 and runs through Sept. 28. After it closes at PLU, it will move to the National Constitution Center in Philadelphia, where a scholarly symposium on the relationship between the constitutions of Norway and the United States will be held. 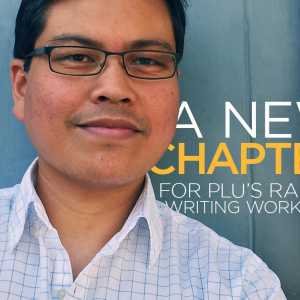