TACOMA, WASH. (Oct. 20, 2015)- Thomas Kim ‘15 is passionate about “Justice.” So passionate, in fact, that he likes to really emphasize the word by treating it as a proper noun.

His passion doesn’t include just capitalizing Js, however: he’s walking his talk (and type) by hitting the books hard at Arizona State University’s Sandra Day O’Connor College of Law.

It would seem appropriate that someone with such passion for Justice would go on to meet the trailblazing woman – the first female U.S. Supreme Court Justice – whose name is attached to the school he attends.

Kim, who double majored in economics and psychology at PLU, says he made it to law school because of the graciousness of his support network and the rigor of his undergraduate experience. He spent four years at PLU: working 30 hours a week to pay for living expenses, taking full course loads and leading co- and extracurricular groups in his free time.

“I thank Pacific Lutheran University,” Kim says. “It is my prayer that this institution continues to raise up generations of world-changers. It is also my prayer that PLU continues to be a powerful platform, a training and an equipping ground for forerunners who contend for the full release of true Justice in this nation.”

How did you get to where you are?

I was born and raised in Seoul, South Korea, until we immigrated to Portland when I was 13 years-old, seeking better educational and career opportunities. (At that time) I was consumed with learning the new language as well as adjusting to this new culture while my parents relentlessly worked 14 hour days to pay for our rent and to put food on the table.

Given my family’s finances, even a community college – let alone a 4-year university – was never an option for me. My post-high school plan was to work full-time at a teriyaki restaurant… It wasn’t until my good friend Taryn Dee ’16 told me about PLU that I even applied.

PLU decided to invest a full-tuition Regents Scholarship in me. In May of 2015, I graduated with a Bachelors of Arts in mathematical economics, Bachelors of Science in psychology and a minor in statistics. I now am a Juris Doctorate candidate at the Arizona State University Sandra Day O’Connor College of Law.

Why did you decide to attend law school?
Not being able to find a skilled and affordable attorney during my first few years in the states made me realize something: the skilled weren’t affordable, and the affordable weren’t skilled. So, despite my circumstance, I decided I would go and get a J.D. myself to become an effective attorney for the poor and the legally weak.

How is it going?
It is a dream come true and I feel like I’m floating on grace every day!

The Juris Doctorate program is very rigorous, though. I’m reading about 8 hours a day, just to prepare for lectures. I’ve never studied this much ever in my life.

I was very pleasantly surprised to find out how laid back my peers are. I was going in thinking that they were all going to be gunners. It turns out, many of them are just like me! A bit nervous to begin our legal profession, yet overwhelmed with an excitement to make a tangible difference in our communities!

How did you end up meeting Sandra Day O’Connor?
I met Justice O’Connor in Phoenix at a private event a few weeks ago on the 34th anniversary of her becoming the first female justice sworn into the U.S. Supreme Court. She was in school at a time when women did not really have jobs other than in teaching, nursing or households. People did not think she could do it, simply because of her gender. However, she overcame many hardships and proved many wrong, becoming a testimony and a model for millions, including myself.

What did that experience mean to you?
Meeting Justice O’Connor was especially meaningful for me on a personal level because of my desire to see a full display of gender equality in this nation.

During my years at PLU, I was heavily influenced by Dr. Karen Travis, who is one of the best health economists in the state, an advocate for reducing the gender wage gap and my economics-mother who mentored me through my economics capstone. Dr. Travis recommended me to be a part of Mortar Board, the nation’s first ever honor society for women (that now includes men members).

Consequently, last year I got to serve as the first president of PLU’s Mortar Board chapter, an organization that emphasizes the advancement of the status of women. I then chose to attend a law school that is named after Justice Sandra Day O’Connor. Meeting Justice O’Connor, who revolutionized the field of law for millions of women, was an empowering experience, to say the very least.

Matthew Salzano
Matthew Salzano '18 is a Communication major with a Journalism emphasis from Spokane, Wash. He is the Arts and Entertainment Editor of The Mooring Mast and enjoys playing racquetball in his free time. 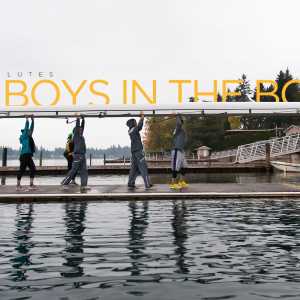 After his team read the book, Dickerson took this year’s reading assignment to another level. Instead of simply...