TACOMA, Wash. (Aug. 21, 2015)—Mike Burton ’69 has been inducted into the National High School Hall of Fame for his 39 years of service as a national-award-winning speech and debate coach.

Burton, who retired in 2008, is the first speech and debate coach from Washington state inducted into the hall, and only the 12th nationally recognized in the category of Fine Arts (which also includes music and drama). His accomplishments include:

Earlier, Burton was inducted into the University of Kentucky Tournament of Champions Hall of Fame and the Washington Officials Association Hall of Fame, and he was the first person from the Northwest elected to the National Speech and Debate Hall of Fame, the highest honor for any high-school speech and debate coach.

Burton also was honored with PLU’s Distinguished Alumnus Award in 2014 and received the coveted Golden Apple Award from Channel 9 and PEMCO Insurance for excellence in education.

Burton said his learning experience at Pacific Lutheran University taught him “ethics and high standards” for his personal and business life. “Every staff member and faculty member I dealt with at PLU had these qualities,” he said.

“My educational experience at PLU made me realize I had to work hard, but also have critical thinking on any issue or assignment,” he said. “You need to be able to analyze and think about how is this process going to come to a successful end. Work by itself is not enough; smart work is needed.”

Burton said aspiring debaters should strive for “organization, structure and higher-level thinking skills,” but most of all, passion. “To really believe what they are arguing makes a difference,” Burton said.

The same goes for teaching. “Passion for what you are doing is what makes a great teacher. Great teachers have a drive to make their students be a strong learner and a positive person for our society. They teach to the whole person and not just a subject matter. They are not just teachers, but mentors for their students.”

Now that he is retired from teaching, Burton spends his time as the Commissioner of Northwest College Football Officials, which includes assigning officials all over the West Coast. When he isn’t doing that, he and his wife and “love of his life,” Jan, spend five months of the year as snowbirds in Mesa, Ariz.

Matthew Salzano
Matthew Salzano '18 is a Communication major with a Journalism emphasis from Spokane, Wash. He is the Arts and Entertainment Editor of The Mooring Mast and enjoys playing racquetball in his free time. 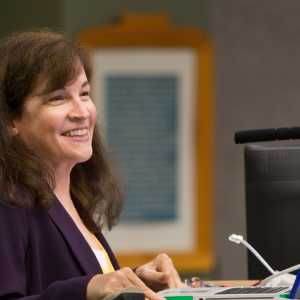