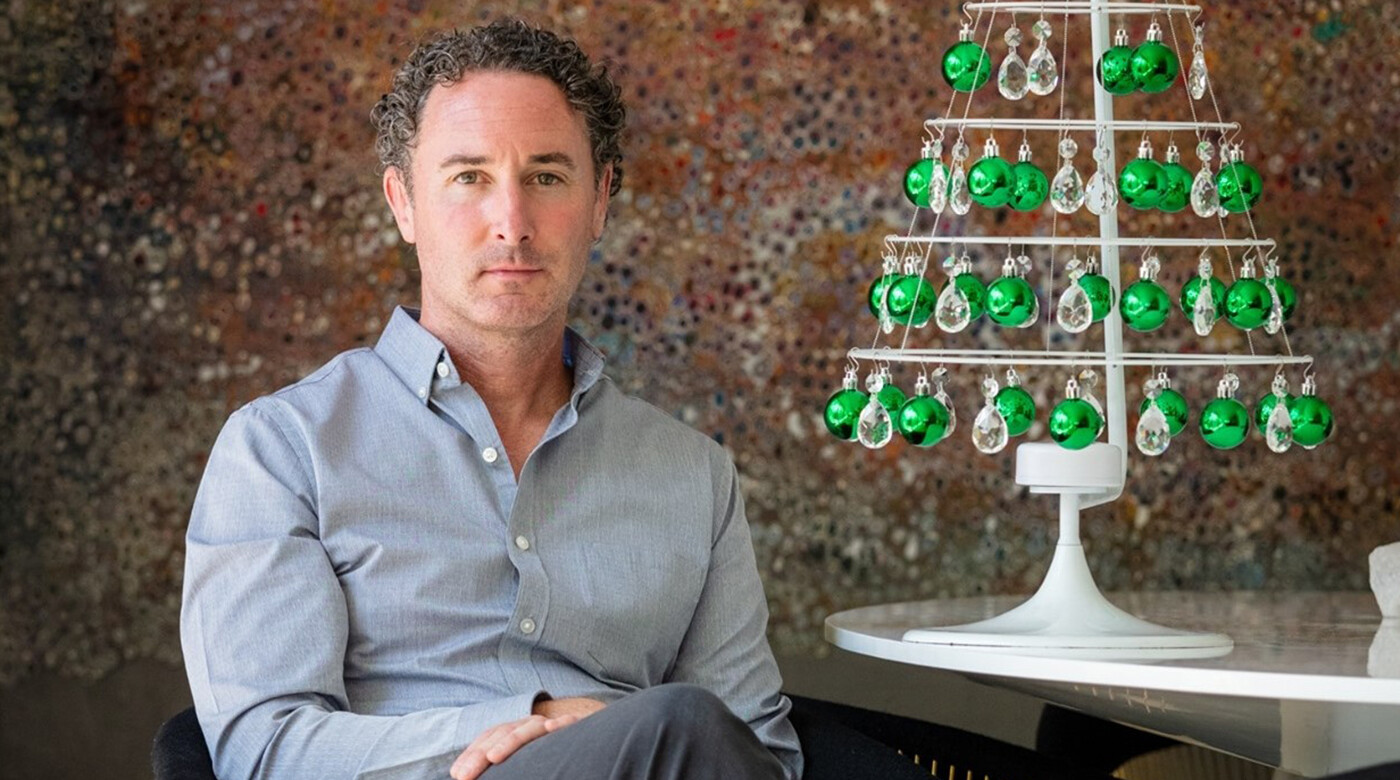 As a child, Matt Bliss ’98 relished celebrating the holidays at his grandparents’ Broomfield, Colorado, home where the Christmas tree was anything but ordinary. Bliss’s grandfather, Lawrence Stoecker, designed his own tree, an artful cascade of concentric rings that hung from the ceiling.

He crafted the first model from cardboard in 1966 before experimenting with a second version made from Masonite and eventually settling on Plexiglas as the favored material. For five-year-old Bliss, his grandfather’s acrylic tree was a thing of wonder and a hallmark of the Mid-century Modern design aesthetic Bliss would grow to love.

“That tree was special not only because my grandfather designed it,” Bliss said. “But also because it made the holidays memorable. It was something completely unique that I’d never seen before.”

Inspired to share his grandfather’s tree design with the world, Bliss founded Modern Christmas Trees in 2011. At the time of this interview in early October, Bliss had just received 28 pallets of goods at his Denver home where he and a few seasonal workers will assemble and package orders for delivery.

“There have been a lot of ups and downs with this business,” said Bliss. “Sometimes I have to remind myself how far we’ve come.”

In recent years, Bliss focused less on increasing sales and more on increasing profitability. As a seasonal business, he must estimate sales far in advance of the holidays, placing his factory orders in June. It was an especially daunting process this year with all the uncertainty surrounding the coronavirus.

The pandemic also affected his production chain. Working with overseas manufacturers previously, Bliss found business partners to produce and assemble every part of the tree and prepare orders for shipment. In 2020, he began working with suppliers in the United States where he can source individual components from various factories — the plexiglass rings are cut right down the street from his house — but the complete orders must be assembled. Hence the 28 pallets at his house.

“Scalability is a problem,” Bliss said. “We’ve reached our max with the current arrangement. As we continue to grow, I’m going to need a better solution than shipping out of my home. It’s something I’ve been working on.”

Bliss credits his experience at Pacific Lutheran University, where he majored in communications with an emphasis on public relations, for preparing him to run a business. He’s garnered publicity by structuring messaging to pique the interest of various publications. In 2017, he successfully pitched Shark Tank, landing a $100,000 deal with Barbara Corcoran for a 15% stake in the company.

Attending a small liberal arts college enabled Bliss to realize the academic success that eluded him in high school and built his confidence for defending and promoting his ideas.

“My high school education centered around memorizing facts and regurgitating information,” Bliss said. “When I got to PLU, I was exposed to all sorts of concepts and theories and my coursework was graded on my ability to articulate my own thoughts and form persuasive arguments. PLU was a good fit for me.”

After graduation, Bliss worked in the mortgage business for 15 years before Stoecker’s 2010 Alzheimer’s diagnosis spurred Bliss to turn his back on the finance industry and launch the business in tribute to his grandfather.

“There’s no doubt that my grandfather’s gift of designing this tree for our family has been a great thing for me,” Bliss said. “It would make me happy to turn him into a pop culture icon.”

The Disneyland Hotel ordered 16 custom trees shortly after Stoecker passed away in 2012. The modern tree display is part of the hotel’s annual holiday décor. Modern Christmas trees have been staged at the governor’s mansion in Denver, the Fairmont Hotel in Dubai, the Swarovski store at Rockefeller Center in New York City and at architectural landmarks such as the Stahl House in Los Angeles and the Farnsworth House outside of Chicago.

And every Modern Christmas Tree, everywhere in the world, bears Stoecker’s signature engraved on its base.

“The credit goes to him,” Bliss said. “My goal is to show my grandfather’s contribution to the design world. There would be no tree without him.”