Organic Chemistry I and II lecture and laboratory
Chemistry Capstone

Craig Fryhle began his career at PLU  in 1986 working on organic synthesis targets related to natural products and potential mechanism-based enzyme inhibitors of the shikimic acid pathway.   He has mentored undergraduate  researchers in these areas who have gone on to careers in academia, industry and other pursuits.   He has been PI or co-PI on NSF and private foundation grants that have brought approximately $1M to PLU.  In 1993 he began a collaboration with Graham Solomons (University of South Florida) on the textbook Organic Chemistry (John Wiley and Sons, Inc.) leading to coauthorship of the 7th edition in 2000.   Their textbook is used around the world in eight languages.  The 12th edition was published in 2016, with Scott Snyder (University of Chicago) having joined as coauthor with the 11th edition.

As teacher at PLU he has long been interested in innovative pedagogies, nurtured by interactions with local colleagues, Gordon Research Conferences, and ACS meetings.   He has been using a tablet for projected real-time drawing in class since 2009, and started using clickers in 2007.    Supported by an NSF grant with Dean Waldow in 1994 that brought one of the first web and email servers to PLU and the first computational chemistry resources to the Chemistry Department, he started The Organic Journal Club in 1998, an email discussion forum that helped students learn by writing and explaining topics to each other, long before  such tools were available in platforms like forums, chat rooms, and social media.  Students did so much email journaling that limits had to be placed to preserve the university’s primitive band width at the time.

Professor Fryhle was chair of the PLU Chemistry Department from 1999 and 2015 (except for sabbaticals).   He has been a member of the American Chemical Society (ACS) for over 25 years.  He was chair of the ACS Puget Sound Section (PSS) in 1999 and currently serves on the ACS PSS Executive Committee as a Councilor and member of the Diversity, Equity, Inclusion, and Respect Committee.  He was named a Fellow of the American Chemical Society in 2019. 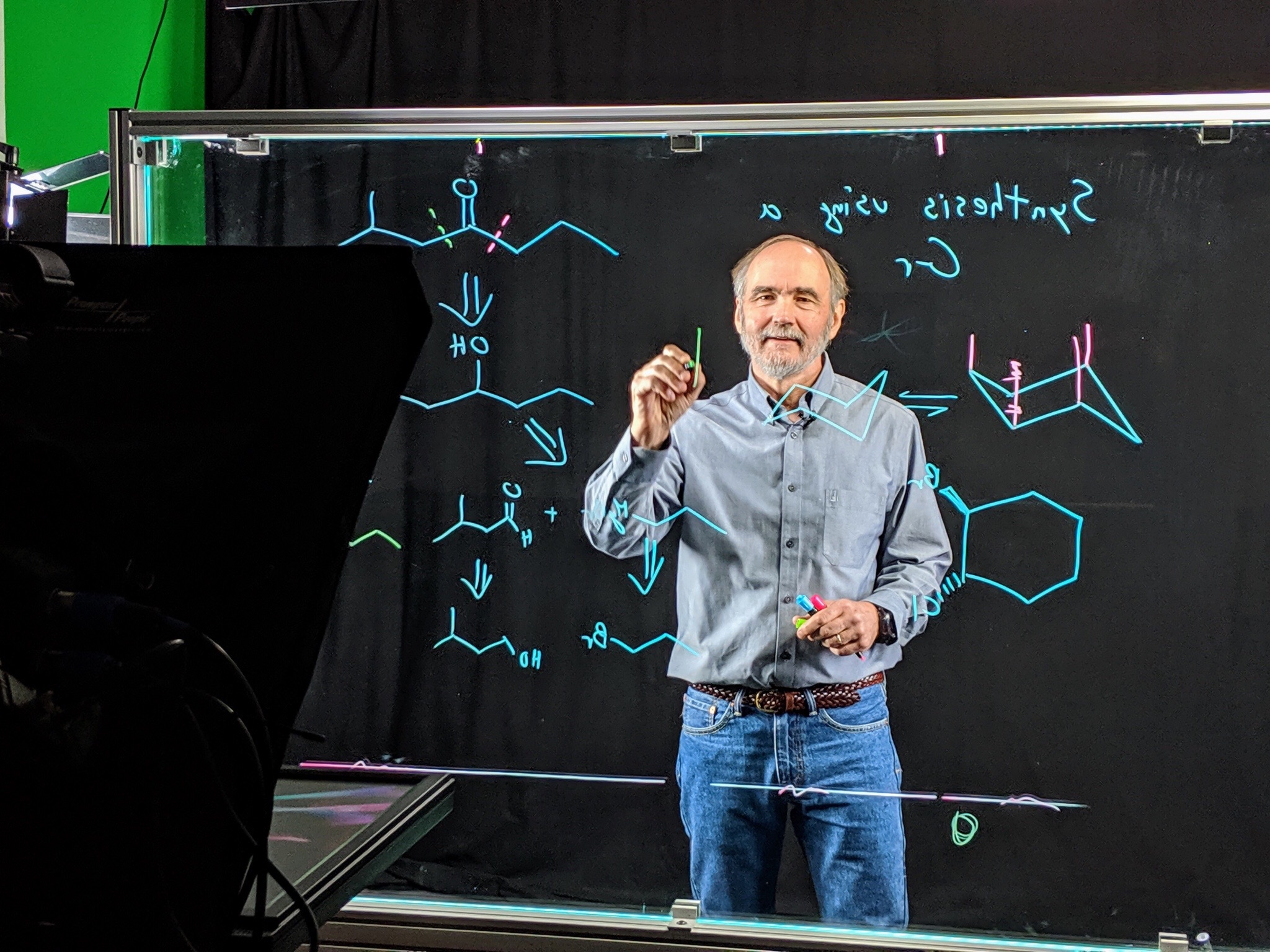 Craig Fryhle teaching at a John Wiley and Sons Lightboard.