Jewish communities can be found in nearly every nation on Earth, and Norway is no exception.  As a free and welcoming place (although not always that way), Jews fleeing persecution from other lands established themselves in Scandinavia, especially in the latter half of the 19th century, where they could live their lives relatively unmolested.  Although never great in numbers, Jews participated productively in Norwegian society, most notably in Oslo and Trondheim where synagogues were established in both cities.  The German invasion of Norway in 1940 changed all of that.  The Nazis required Jews to register as such and in 1942, the deportations began.  About half the Jewish population escaped to Sweden and over 700 were rounded up, placed on ships, and sent off to concentration camps.  There were few survivors and most perished at Auschwitz.  Others participated in the Resistance, and after the war, many in exile returned, and today the Jewish communities in Norway are thriving. 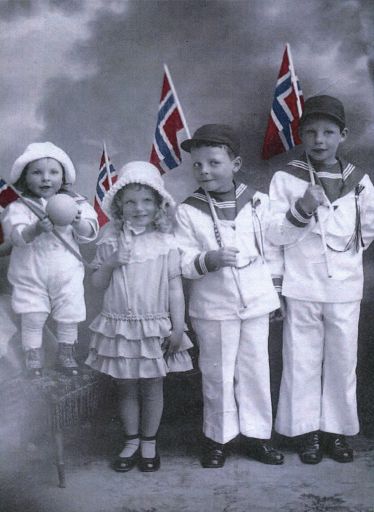 Additionally, we will honor the memory of the hundreds of Norwegian Jews who perished after deportation by displaying their names on the walls of the Stuen Room at the Center.

The exhibit, “Wergeland’s Legacy: Jewish Life and Culture in Norway,” is courtesy of the Jødisk Museum in Oslo.  The Museum produced the original texts and images for this exhibit which has traveled to many locations in Norway and Europe, and now to our own Center.  It will be on display from September 25th through November 5th and will be in place during PLU’s annual Powell-Heller Conference for Holocaust Education (November 1 – 3). Dr. Donald Ryan guest curates the exhibit.