PLU community members are welcome to check out a copy of the Common Reading book at the Mortvedt Library.

Friday, September 13th, 2:00-3:30 pm a faculty panel will discuss the Common Reading book as part of the First Year Experience. 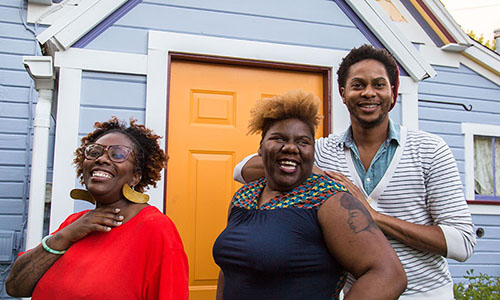 Throughout her career, Octavia Butler, from whose work the graphic novel is adapted, broke new ground and the boundaries of gender, race, class, and genre.  As a woman and an African American in the realm of science fiction, Butler thrived in a genre typically dominated by white males. As a child, she was diagnosed as dyslexic, but didn’t let that deter her from developing a love of books. Butler started creating her own stories early on, and decided to make writing her life’s work around age 10.

Butler’s most celebrated, critically acclaimed work tells the story of Dana, a young black woman who is suddenly and inexplicably transported from her home in 1970s California to the pre–Civil War South. As she time-travels between worlds, one in which she is a free woman and one where she is part of her own complicated familial history on a southern plantation, she becomes frighteningly entangled in the lives of Rufus, a conflicted white slaveholder and one of Dana’s own ancestors, and the many people who are enslaved by him.

Frightening, compelling, and richly imagined, Kindredoffers an unflinching look at our complicated social history.  This adaptation, by celebrated academics and comics artists Damian Duffy and John Jennings, transforms Kindred into a visually stunning work for a new generation of readers.

The Callista Brown Common Reading Lecture invites a scholar, author, or artist in late September to speak about the themes in the Common Reading book.

Purchase the book through the LuteLocker online or during New Student Registration.

Use these academic strategies for success during the Common Reading Program.