The Rev. Bjug Harstad, Pacific Lutheran University’s founder, was born on a small farm in Valle, Norway, on Dec. 17, 1848. The youngest son of 10 brothers and sisters, Bjug began working to support the family at a young age by herding cattle for neighboring farms — the beginnings of a lifelong work ethic.

In the winter of 1860, Bjug’s parents made the decision to move the family to America. They set sail for Quebec by schooner, then made their way south by canal boat and train until they arrived in Seneca, Illinois. Bjug and his family lived and farmed there for the next four years, before relocating once again to Harmony, Minnesota, in the spring of 1865. That summer, he made a decision that would change his life.

Bjug, who up until this point had been a farmer boy turned working man, decided that he wanted to go to school at newly built Luther College. “As I remember, I then made the declaration: I must either go now or never,” he wrote years later. So he set aside the late-summer threshing of the wheat and journeyed to Decorah, Iowa, to begin his higher education. There he spent the next six years, studying to become a Lutheran pastor.

His education at Luther College complete and his vocation now clear, Bjug headed to St. Louis to attend Concordia Seminary from 1871 to 1874. When he completed seminary, he married Guro Svensdaughter Omlid and began what would become his life’s work: serving as a pastor and building schools and churches across Minnesota and North Dakota over the course of the next two decades.

By 1890, Bjug was the well-respected founder of 17 congregations and three academies — the perfect candidate for the Norwegian Synod when it began searching for a man to lead a new educational venture in Washington state. It took nearly four years of toil, but in October of 1894 PLU was dedicated and opened for classes. Bjug served as its first president.

Eight years after its beginnings, however, PLU had fallen upon hard times. Faced with mounting debt and a crumbling U.S. economy, Bjug realized the university was facing a bleak future. He formed a bold plan to restore PLU’s financial footing: following the Yukon Gold Rush to Canada.

In February of 1898, Bjug set sail on the SS City of Seattle for Skagway, Alaska. From there, he journeyed over the Chilkoot Pass before floating down the Yukon River to Dawson City, Canada. Pickaxe in hand, he began digging to secure PLU’s future.

Ultimately, his expedition didn’t uncover any gold. Bjug returned to PLU after 18 months in the mud and cold, only to discover that financial assistance had arrived from the Midwest in the form of almost $30,000 in donations. PLU would survive.

Over the next 17 years Bjug was an influential figure at PLU and the surrounding Parkland community. He resigned his position with the corporation in 1917 after a theological disagreement over the university merging under the umbrella of the Norwegian Lutheran Church of America. He spent the rest of his life devoting himself to his new church, Parkland Lutheran Church, just a few streets away. It still stands today. 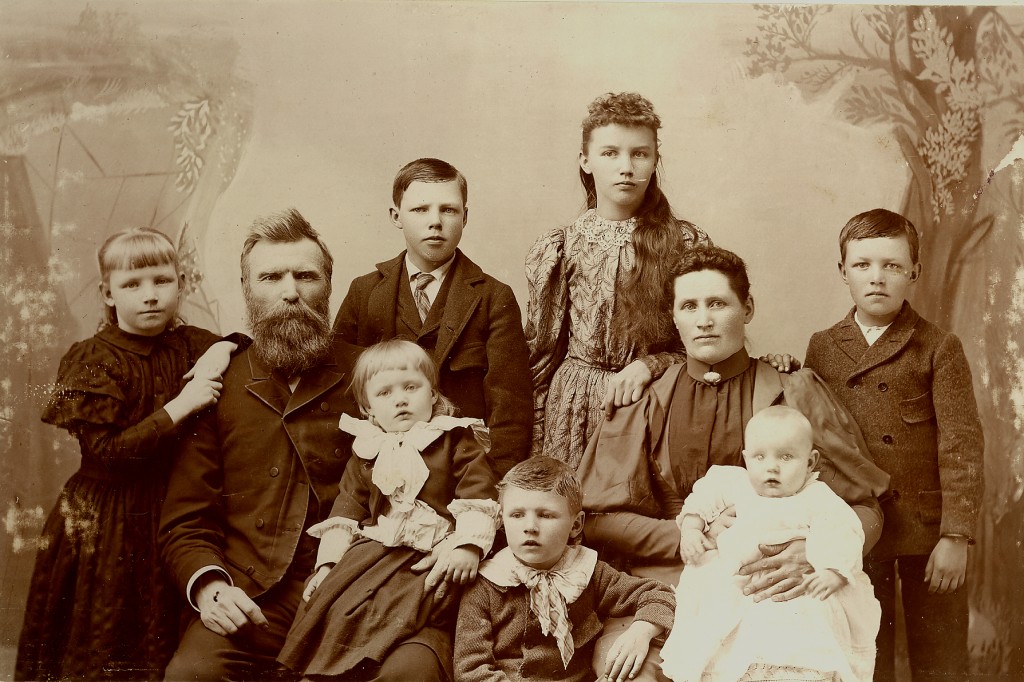 A Harstad family photograph taken in 1895. 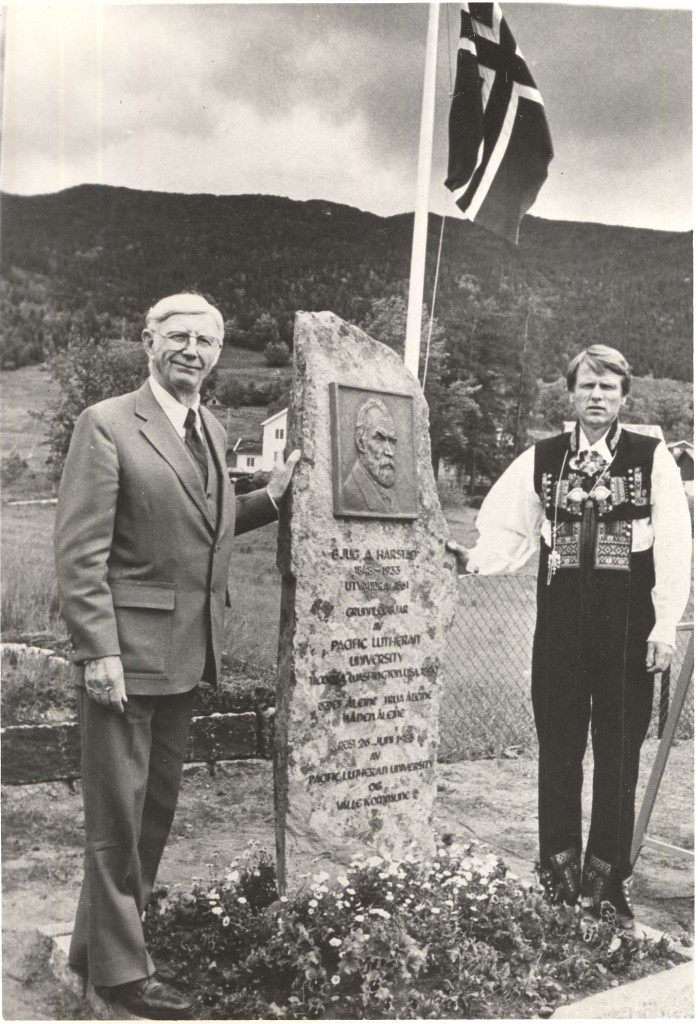 Adoph Harstad and the Mayor of Valle stand with monument for Bjug Harstad in Valle, Norway.

Bjug died in 1933 at the age of 84. A granite monument was dedicated to him in his hometown of Valle, Norway, in a ceremony that was attended by PLU president William Rieke and other university officials — a fitting tribute to the man who built and stood by PLU for so many years.

Pacific Lutheran University was built upon the traditional lands of the Nisqually, Puyallup, Squaxin Island and Steilacoom peoples. PLU acknowledges and respects these historical caretakers, and has begun a research project to learn more about this land’s heritage and the founding of the university.