Programs that engage the world

Programs that engage the world

At PLU, studying doesn’t just take place inside a classroom.

Nearly half of the students enrolled at PLU will study away by the time they graduate, and the Wang Center for Global Education recently showcased what these experiences can offer through World Conversations. 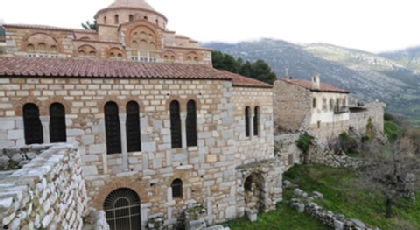 Every January, hundreds of PLU students study around the world. (Photo by Theodore Charles ’12)

“World Conversations is designed to give students the opportunity to reflect on the different learning experiences they have had and to present that information to their peers,” said Neal Sobania, executive director of the Wang Center for Global Education. The conference, now in its third year, took place Feb. 15-16 and offered a variety of events where students and faculty shared a piece of their study away experiences with the rest of campus.

“Study away experiences are very important elements to the PLU program,” said Cliff Rowe, recently retired professor of communication for the School of Arts and Communication. Rowe recently returned from teaching Peace Journalism in Norway.

World Conversations serves as student reflection on study away, research, internships and travel. Rowe teamed up with assistant professor of history Adam Cathcart for the opening conversation to discuss Gateway Programs in China and Norway.

At the opening session, Rowe and Cathcart discussed the controversy surrounding the Chinese dissident being awarded the Nobel Peace Prize in 2010, and how that conversation played out in both Chinese and Norwegian cultures from first-hand accounts.

World Conversations gave attendees the opportunity to engage in real world conversations with those who have first-hand experience. Rowe recalled a Chinese student in attendance who talked about his childhood growing up in China.

“You don’t get that out of a book,” Rowe said. “That’s not going to happen in any one class, but when you bring people together like that it creates a great opportunity for learning.”

Other sessions included “Educational Experiences in India and Namibia,” “Art Perspectives from Two Continents,” looking at the art J-term courses in China and London, and even local programs like “Living and Learning Among the Makah,” which looked at the experiences in Neah Bay.

Sobania said many of the sessions were planned in pairs, in order to intentionally get students from different disciplines and courses talking together about their different experiences in the same place.

For example,”Nature and Culture in Ecuador: Two Perspectives” included students from two separate Ecuador study away courses, one where students moved around to various places and one in which students stayed in the same area.

“We put them in the same session to see what kind of Ecuador they saw,” Sobania said.

It is experiences abroad, Rowe said, that are meaningful to a well-rounded PLU education, and you don’t necessarily have to leave the country to participate in one of the programs. He said this event gave students the opportunity to learn what they can gain from study away programs.

“Any student that went to the sessions, no matter what their major is, would leave with a meaningful outlook on the world,” Rowe said.

Sobania said students take away more than just a single study away experience, but rather a broad understanding about how to adapt to cross-cultural situations throughout their lives.

“A student who does study away learns of some broad general features when entering someone’s culture,” he said. “They learn how to be comfortable with difference.”

“I thought the (Makah presentation) was one of the best student explanations of what they got out of the experience,” he said. “It really represented what study away is all about as an academic device.”

Sobania agreed with the sentiment, and said the presentations this year were some of the highest quality presentations he has seen from students.

Speaking of one session specifically, Sobania said that in just a short amount of time, students were able to pick up nuances of Japanese culture and successfully articulate them to their peers.

“To hear students capture that much about Japanese culture in four weeks is saying an incredible amount about the faculty member and the program they are running,” he said.

In comparison to other universities, Sobania said PLU is incredibly successful at teaching students during such short-term study away programs in J-term.

“We run high quality short-term January term courses, and the evidence of that was apparent in the presentations that were done,” he said. “The faculty at PLU does a good job. The job of the Wang Center is to facilitate that.”