“What are your goals as a student and maker of literature, as an artist contributing to the conversation about the urgent matters of our time? What is the work you want to do, the work that is specific to your experience, talent and imagination?”

In the latest PLU podcast, we pose these questions and others to a pair of RWW faculty members and acclaimed creative writers, Rick Barot and Ann Pancake (full bios below).

2:40 Pancake discusses her “Stranger Genius Award in Literature” nomination, and Barot shares what it was like to have a poem published recently in The New York Times.

5:25 Barot and Pancake are asked “favorite literature” questions ranging from their favorite poets to the novels that had the greatest influence on them as teenagers.

18:00 Discussion of the ways creative writing can be used as a vehicle to “contribute to urgent matters of our time.”

35:00 Barot and Pancake reflect on the cultural climate of the publishing industry and publishing paradigms that affect minority writers as well as writers from nontraditional places.

42:00 Discussion about PLU’s Rainier Writing Workshop. Specifically, the backgrounds, goals and writing styles of the students who seek out the program.

46:20 Barot and Pancake share the writing projects they are working on. 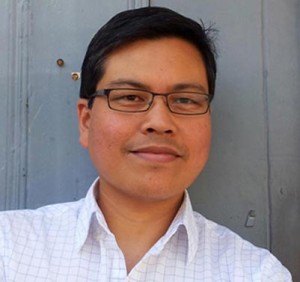 Rick Barot, who serves as Director of the RWW and is an Associate Professor in PLU’s English Department, is a poet and essayist. He has published three books of poetry with Sarabande Books: The Darker Fall (2002), which received the Kathryn A. Morton Prize; and Want (2008), which was a finalist for the Lambda Literary Award and won the 2009 Grub Street Book Prize; and the just-published Chord (2015).

He has received fellowships from the National Endowment for the Arts; the Artist Trust of Washington; the Civitella Ranieri Foundation; and Stanford University, where he was a Wallace E. Stegner Fellow and a Jones Lecturer in Poetry.

His poems and essays have appeared in numerous publications, including The New York Times, Poetry, The Paris Review, The New Republic, Ploughshares, Tin House, The Kenyon Review, Virginia Quarterly Review, and The Threepenny Review. 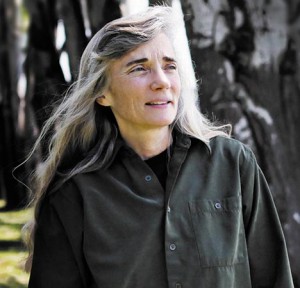 Ann Pancake, who teaches and serves as a mentor for the RWW, is a fiction writer, journalist and essayist. She recently was nominated for a Genius Award in Literature by Seattle’s leading alternative newspaper, The Stranger.

Pancake’s most recent book is Me and My Daddy Listen to Bob Marley (Counterpoint 2015). Her first novel, Strange As This Weather Has Been (Counterpoint 2007), was one of Kirkus Review’s Top Ten Fiction Books of the year, won the 2007 Weatherford Prize and was a finalist for the 2008 Orion Book Award and the 2008 Washington State Book Award.

Her collection of short stories, Given Ground (University Press of New England), won the Bakeless award, and she also has received a Whiting Award, an NEA grant and a Pushcart Prize.

Her fiction and essays have appeared in journals and anthologies including  Orion, The Georgia Review, Poets and Writers and New Stories from the South, the Year’s Best.