A Silent Story: PLU Faculty Member is a Witness to Refugee Crisis

A Silent Story: PLU Faculty Member is a Witness to Refugee Crisis

Image: Millions of children have been affected by the war in Syria. (File photo) 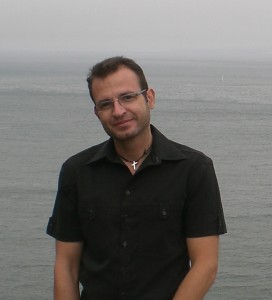 It took place in mid-August in the island of Chios, Greece. Chios is located in the central Aegean Sea, just 4.3 miles from the Turkish coast. It’s early afternoon in a grocery store across from Vounaki Park in the capital of Chios. Patrons are lining up for the cashier, and I am behind the person who is ringing up. We are all caught in our individual time bubbles. Some are rushing to finish shopping and get on the last buses leaving for the villages. Some are seeking to prolong their stay in the air-conditioned environment, trying to avoid the 90-degree weather outside. I am looking forward to getting out and tasting the sea-salt air mixed with the aroma of the pine trees in the park—an unforgettable sensation.

A pair of kids zips along the line to the cashier, piercing our individual time bubbles as they go. They cut to the very front, and we all look at them. Time stands still. Two boys, disheveled and scruffy, one older than the other: one 8 and the other 6 years old, or thereabouts. They are each holding a vanilla ice-cream cone. With their big brown eyes open wide, they look at the clerk. She looks right back at them. They raise the vanilla cones above their heads, breaking the direct line of sight. The older boy lowers his head to the ground. The younger peeks hesitantly from the side. The cashier turns around and scans the people in line. Some of us nod. She looks approvingly at the young kid. The younger boy nudges the older. They lower the ice cream, look up at the clerk and tilt their heads with a smile. They zip outside the store. We are all still numb.

Impromptu whispers restart time. “Have you heard? They rescued 60 more in the Voukaria port this morning.” “I heard 40 or so still sleep in the cemetery across the monastery.” “Those kids must be in the park for, what? Two weeks now. Do they have any family?” “My neighbor gave them clean clothes on Monday.” The ensuing conversation is inconsecutive, but it drives away the numbness. The person ahead of me asks the clerk to add the ice-cream cones to his bill. He pays, grabs his bags and leaves the grocery store, shaking his head in disbelief. The kids are sitting under a pine tree in the park across the street enjoying their ice cream. For this fleeting moment, they look happy. The despair of reality will sting again once the ice cream is eaten.

Europe currently enjoys the longest stretch of peace in its history. The Middle East, on the other hand, continues down its war-torn path. This time, however, the war from the Middle East knocks on Europe’s door. Daily, waves of refugees wash out in the shores of the Greek islands along the coast of Turkey. People of every age are trying to escape the violence of ISIS. Their numbers have already exceeded the number of refugees during the Second World War. Greece keeps sinking in the abyss of her widely publicized bankruptcy, and Greek citizens are doing their very best to help the refugees out. It is not enough. Our world is shrinking under the pressure of the globalized economy, but sadly, governmental structures have not caught up to the needs of a globalized society.

Diversity. Social Justice. Sustainability. PLU’s values for the new millennium become now more relevant then ever. How fast can we spread this word to our world?