TACOMA, WASH. (Feb. 24, 2016)- Debbie Moderow’s future in Iditarod racing started in her family’s backyard with a retired sled dog named Salt. The 7-year-old Husky was the first member of a backyard sled dog team that was initially assembled so Moderow’s sons could have fun racing in their hometown of Anchorage, Alaska.

Adopting Salt sparked an epic journey of Iditarod racing for Moderow, who completed PLU’s Rainier Writing Workshop Master of Fine Arts program in 2013. Now, that journey has culminated in a memoir about her experiences.

Moderow’s recently released book titled “Fast into the Night: A Woman, Her dogs, and Their Journey on the North Iditarod Trail” recounts her captivating experiences running the Iditarod Trail Sled Dog Race in Alaska. The Iditarod is a long-distance sled dog race that runs from Anchorage to Nome every March. After undergoing a transformative experience on the trail, Moderow threw herself into writing about how the Iditarod changed her life.

“When I finished Iditarod in 2005, I knew I’d lived an incredible story,” Moderow said. “I also knew that I had to write it.”

Moderow’s inspiration to write “Fast into the Night” was also born out of Moderow’s reverence for her dog team and her desire to write about the connection between a musher and her dogs.
“It was always only about the dogs,” Moderow said. “It was purely to have the ultimate journey with my dogs. That was the heart of how it played out, and that’s all I ever wanted to begin with.” 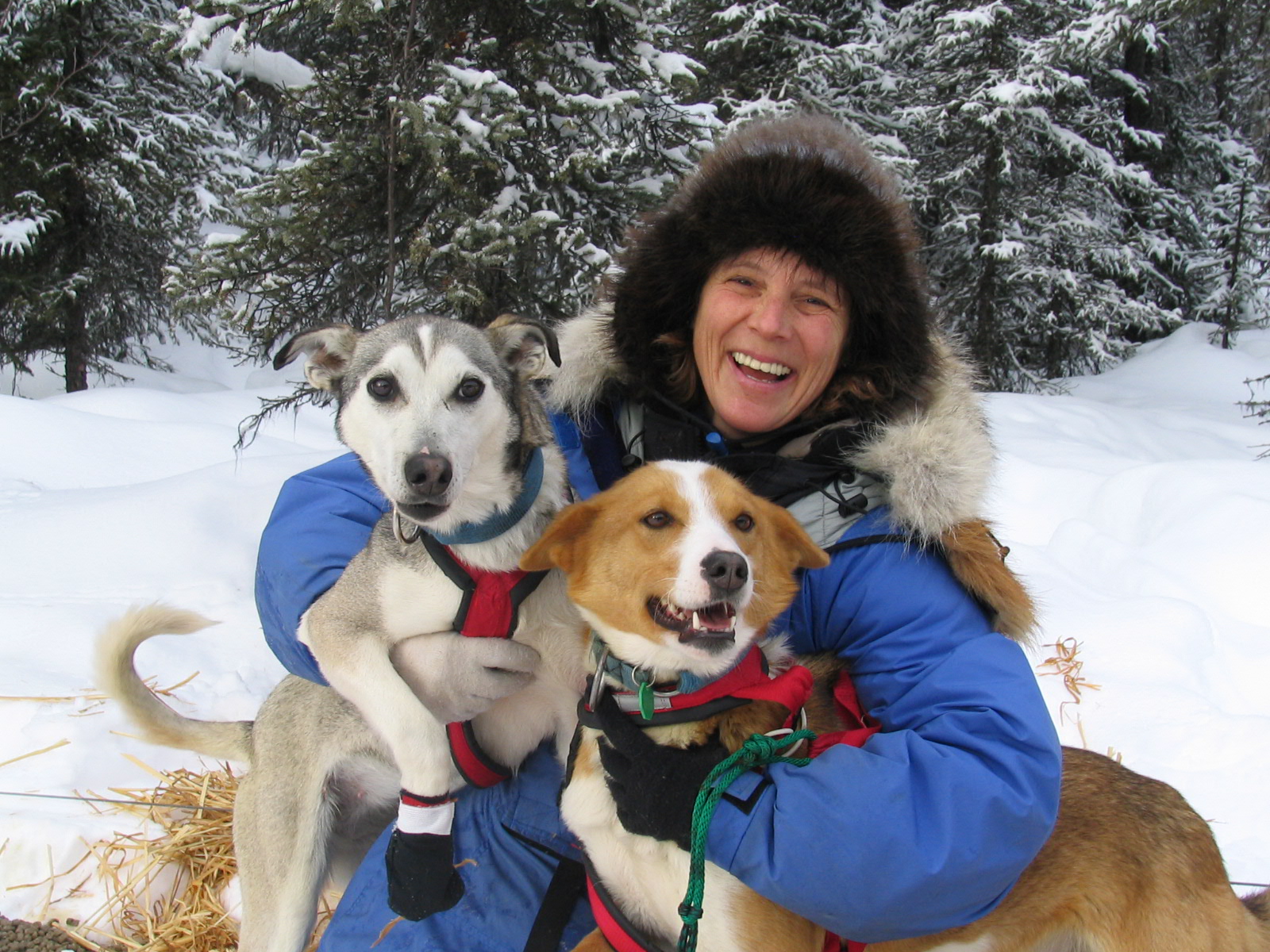 Learn more about the PLU grad's experience on the Iditarod Trail

A longtime Alaska resident, Moderow was very familiar with the Iditarod Trail. Her interest in racing, however, didn’t ignite until her family adopted Salt. The retired sled dog was a gift from a fellow Iditarod runner. He was the first of many dogs who eventually made up the family’s own backyard sled dog team. When Moderow’s sons left for college, however, she was left with a sled dog team sitting idle. That was until Moderow’s sons convinced their mom to consider running the race that they had each finished themselves. After one of them crossed the finish line, he said “Mom, you have to do this,” Moderow recalled.

Moderow was 47 when she participated in her first Iditarod race in 2003. “Fast into the Night” details that first experience, especially Moderow’s dismay when her dogs stopped 180 miles short of the finish line because they feared the Arctic sea ice.

“I felt like the bond between me and my dogs was broken,” Moderow said. “That’s what mushers live for, to enjoy that bond and facilitate it.”

“Fast into the Night” delves into Moderow’s perceived failure and presents her thoughts as she attempts to make sense of the disappointment. The memoir also details her perseverance in training for her second run in 2005. Moderow and her dogs made it across the finish line that time.

While succeeding in her second race was exhilarating, Moderow said finishing the Iditarod provided only a fraction of her satisfaction. The adventure she took with her dogs and the complex journey to victory were the true rewards, she said. Moderow’s experiences on the Iditarod Trail helped her find a new outlook on what’s important in life – the joy that ultimately comes out of struggle.

"Getting to that finish line was certainly one of the most satisfying events I could ever imagine, but the real gift wasn’t to celebrate the glory of getting here. It was to be able to look back over the struggles along the way and realize that, in the messy side of success, that’s what really matters."- Debbie Moderow

“Getting to that finish line was certainly one of the most satisfying events I could ever imagine, but the real gift wasn’t to celebrate the glory of getting here,” Moderow said. “It was to be able to look back over the struggles along the way and realize that, in the messy side of success, that’s what really matters.”

Moderow jumped into writing her memoir shortly after running the Iditarod races. But five years in, she realized that she needed to refine her writing skills and go back to school. She studied creative nonfiction in PLU’s MFA program from 2010 to 2013. After graduating in August 2013, Moderow gave “Fast into the Night” one last rewrite before sending it to an agent in early February. Moderow was signed within two days and, within a week, her book was sold to publishing company Houghton Mifflin Harcourt.

Moderow is currently on a book tour to promote and discuss “Fast into the Night.” She hopes to write more memoirs that reflect on journeys “in the company of other species,” she said, in the context of climate change.

“Fast into the Night” was Moderow’s thesis. She said she developed her voice and found her identity as a writer during her time at PLU. Moderow’s said her education set her on the path to literary success.