A Tale of Two Students: Yakima area students find a home away from home

A Tale of Two Students: Yakima area students find a home away from home 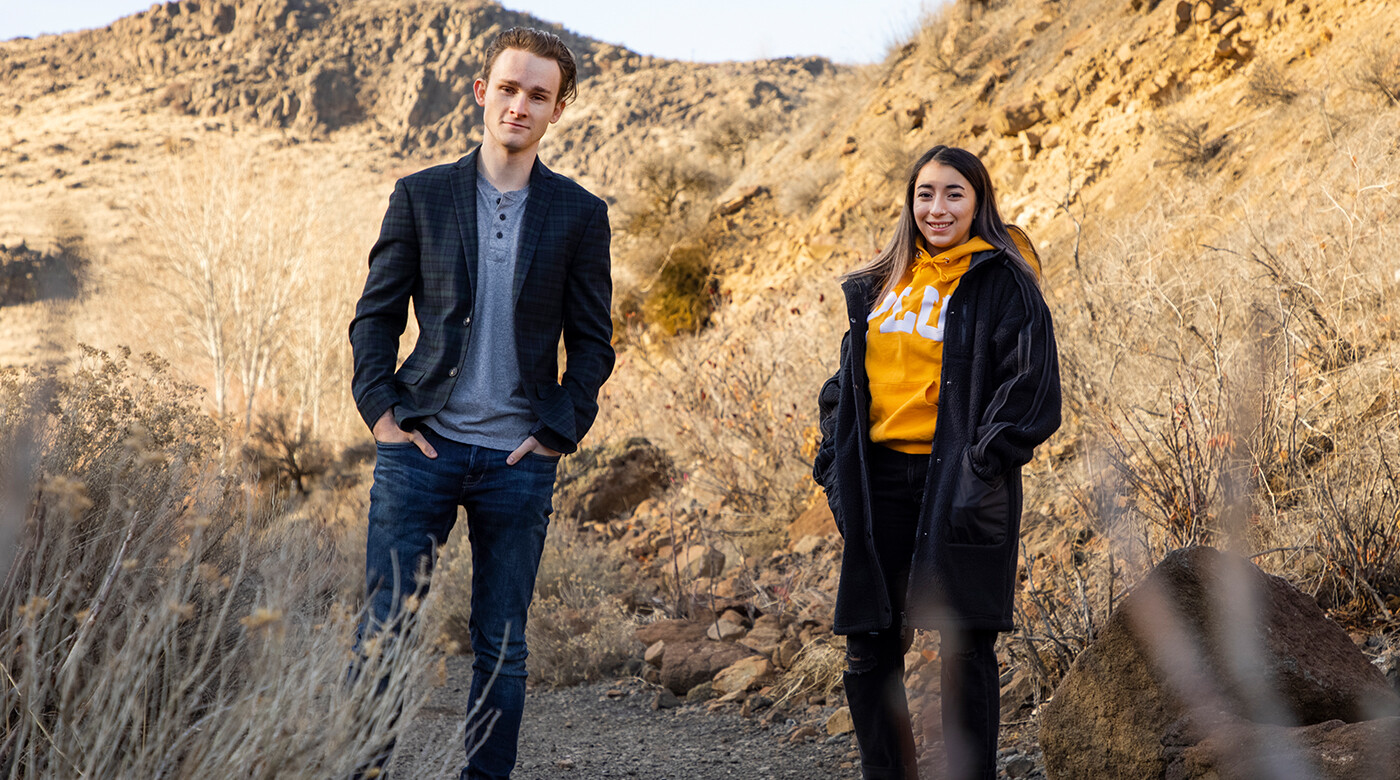 About two and a half hours east of Tacoma sits the farming community of Yakima, Washington. The Central Washington county has about 243,000 residents and is probably most notable for producing the majority of the nation’s apples and hops. But it’s also where Henry Temple ‘21 and Isabel Gutierrez ‘23 call home.

The two didn’t know each other growing up, but coincidentally, they’ve both found themselves called to PLU.

“I wanted to stay close-ish to home while still getting an experience of what it’s like to live in a different place,” Temple said of his decision to attend PLU.

He visited a number of colleges and had a few options, but he made up his mind once he visited the PLU campus and witnessed the theatre spaces.

“I toured the places they had for theatre and I saw the investments PLU put into the spaces,” he said. “That was a determining factor in finally applying and enrolling.”

Temple graduated from A.C. Davis High School in 2017 and is now a theatre major. He spends his time outside of the classroom typing away on his laptop writing scripts for PLU’s Late Knight show, a comedy show run completely by students.

“I go to school for theatre, but I have a small part-time job working on Late Knight,” Temple said. “I’ll often be writing about five hours a week on top of the meetings that we do.”

Growing up in Yakima, Temple enjoyed performing, but the thought of scripting, acting and shooting skits was intimidating to him at first. 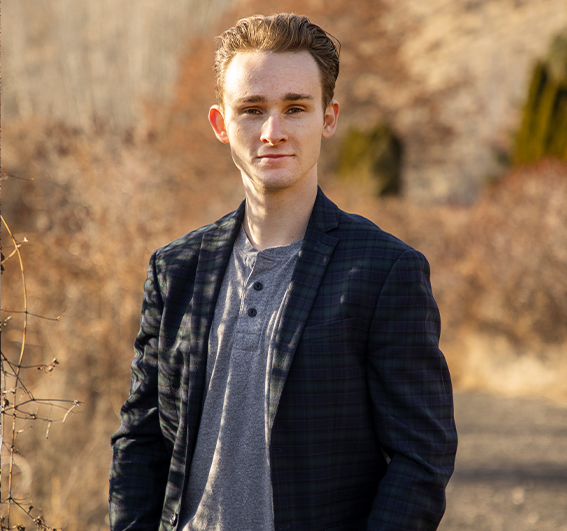 “I didn’t know if I could do it or not until I sat in my room and opened up my laptop,” he said. “My first two years (at PLU) gave me the confidence that I could do this if I really worked at it. I think, yes, I’ve always wanted to do it, but I hadn’t had the confidence until I had some time in college to just experiment and take the opportunity.”

Much like Temple, Gutierrez didn’t have PLU on her radar until she began the process of looking for a college. The kinesiology major is a track athlete from Eisenhower High School. She was looking for a school that would allow her to continue competing and that wouldn’t be too far from home. She credits her high school track coach for encouraging her to visit the university.

“I really liked the campus and I really liked the community aspect compared to the other colleges I toured,” Gutierrez said. “I really wanted to be in science and the labs were super cool. Also, the (12:1) student to faculty ratio really appealed to me.”

Gutierrez says her family was shocked when she finally announced her decision to attend PLU.

“They were surprised honestly that I was going to a smaller school,” she said. “I think they thought I would want more hustle and bustle. They were happy of course —most of my friends went to WSU —so my family was happy.”

Making the decision to attend PLU was easy. The difficult part came when it was time to leave her close-knit family. Gutierrez found Western Washington a major change from where she grew up in Central Washington.

“It was hard with the change of literal environment,” she said. “It’s rainy over here, there’s more population, more diversity. It’s a real city.”

Gutierrez enjoyed her new school and making new friends but she admits she was homesick for her community back in Yakima.

“Coming from my high school—the majority is Latino—it was different to be in a school as the minority,” she said.

After working through some of those homesick blues, Gutierrez decided to embrace the change and embraced learning about the different representations on campus.

“Being introduced to and learning about different cultures has been really great,” she said. “It’s also easy to branch out and meet a lot of people. It was easy to build a network of people I enjoyed hanging out with.” 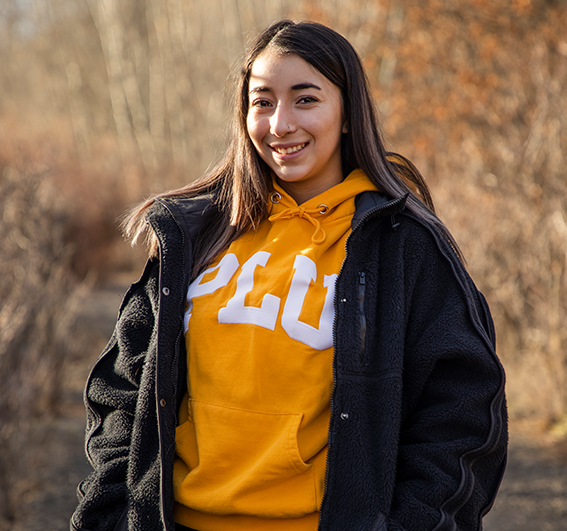 PLU’s small campus gave Gutierrez and Temple the opportunity to find their people. And Temple has some advice for students from Yakima who may be considering going away to school.

“It’s easiest just to make that jump, just be brave and experience it,” he said. “If there is a place to jump to it is PLU. It is a place that will support you no matter who you are or where you come from.”