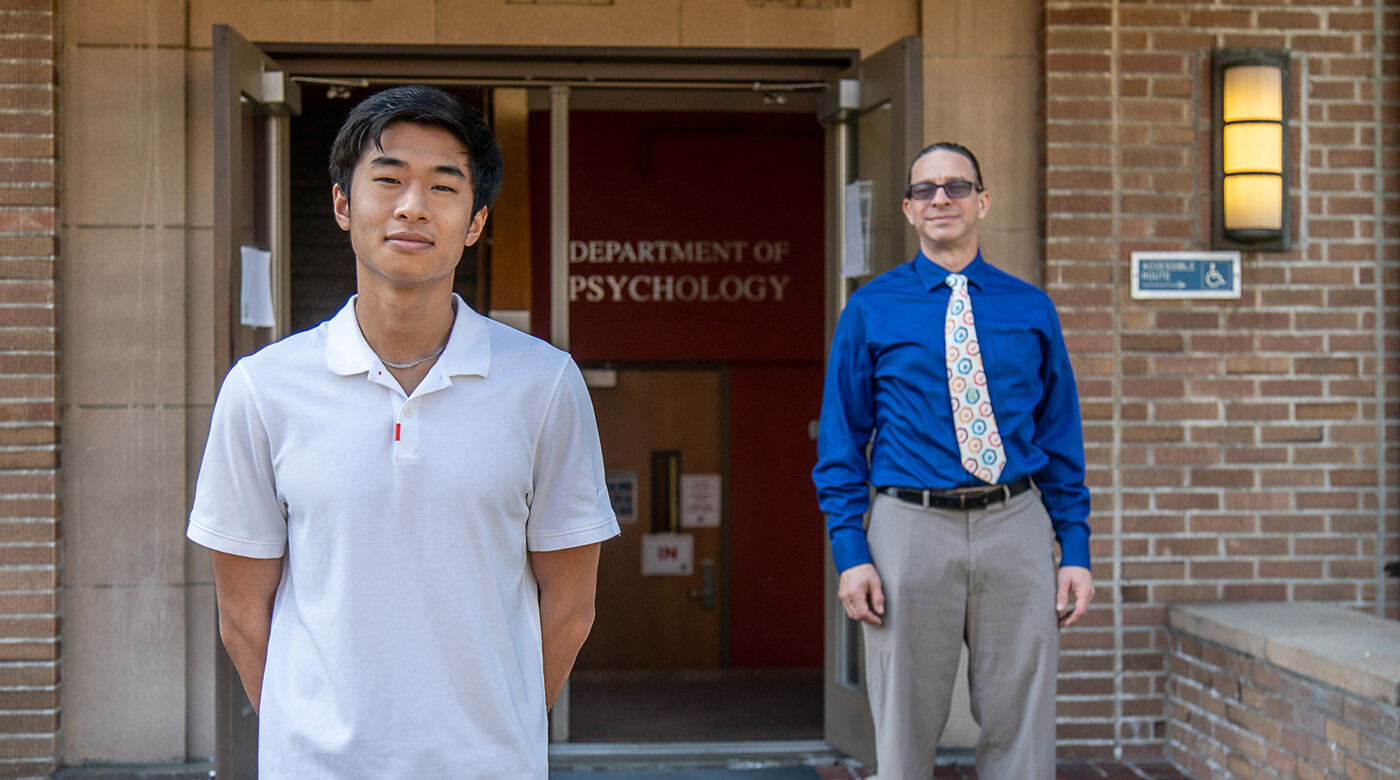 As the world was beginning to realize the enormity of COVID-19, two Pacific Lutheran University professors seized the 2020 moment to do significant research into the psychology of the pandemic.

PLU Department of Psychology Chair Jon Grahe and his Statistics 232 students conducted a U.S. study regarding general attitudes, beliefs, and behaviors as they related to COVID. They recently completed a paper with a first student author that is under review and are working on two more with students as first authors. They currently are conducting a one-year follow-up on last year’s survey and anticipate additional paper submissions.

Additionally, Assistant Professor of Psychology Corey Cook and some of his students are continuing work on a project through the Network for International Collaborative Exchange (NICE), researching attitudes, coping mechanisms, beliefs, and more surrounding COVID-19. Data from around the world collected in that study is now being analyzed and will be consolidated into a single dataset.

“We’ll then begin our data analysis and a writeup this summer,” Cook said. All of these steps will involve collaboration between an international lead team of researchers.”

Both professors not only had to transition to virtual online teaching in early 2020, but they also added these two ongoing and significant research projects to their agendas. It was no easy feat for either. Grahe noted that he was working more than ever for months and kept feeling like he was falling further behind.

“In February 2020, I started anticipating a pandemic and started telling the students (in Statistics 232) that we could use our required class project to study it. When the cases started being announced in the U.S., I knew it was coming,” said Grahe. He had three other research projects in mind but when COVID hit, but the decision to shift his research priorities was an easy one. “It was clear that this was more important,” he said.

Grahe reached out to a colleague in Australia and learned of a researcher who was conducting a survey to measure health attitudes in response to the virus just before it became a pandemic. Both Grahe and Cook used that survey as their starting points.

Grahe and his Stat232 study featured a series of scales measuring general attitudes, beliefs, and behaviors in relation to the pandemic in the U.S., including people’s trust in media, government, knowledge about the virus, its transmission and symptoms, and health behaviors.

One big challenge: getting folks to participate in a study about the pandemic when they were living in it.

“We wanted a large sample from across the country,” Grahe said. “I reached out to some networks. At first, they seemed to think I was overreacting to the virus. Later, peers became so overwhelmed with converting everything to virtual learning that they didn’t have time.”

Two other institutions in New York and Georgia contributed samples from students, and some PLU students in the Statistics 232 course reached out to others on social media. Eventually, more than 900 respondents from across the country participated in the study. 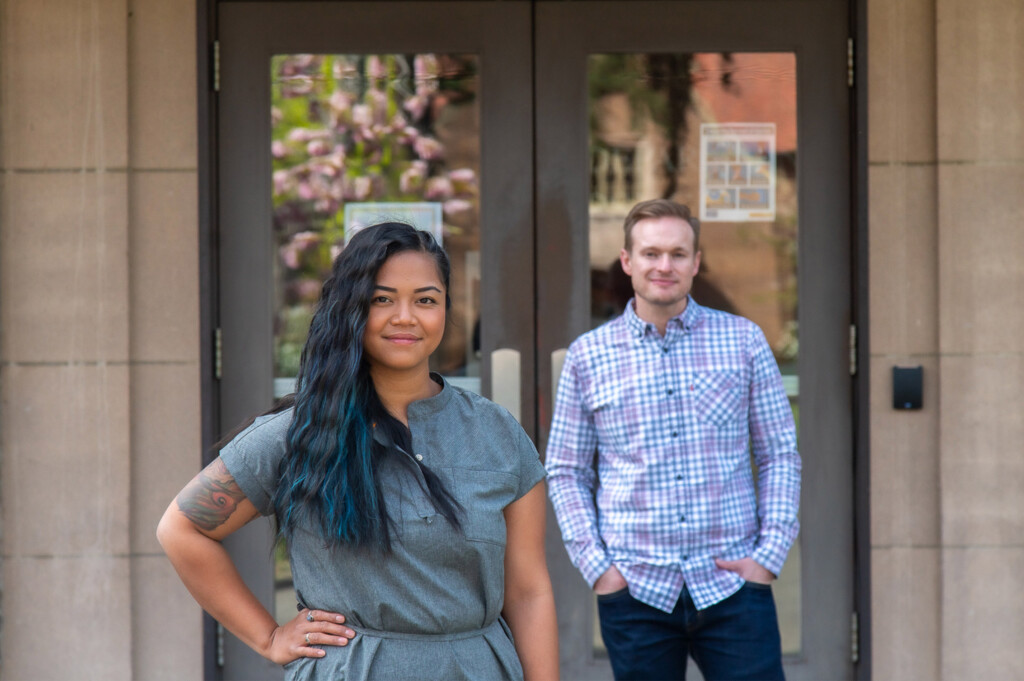 PLU psychology major Ricky Haneda ‘22 was Grahe’s teaching assistant for the Statistics 232 course last year. Students in the class assisted with the data collection, and Haneda stepped up as the lead author of the 43-page paper, Predicting Attitudes toward COVID-19 Vaccinations: Early Stages of the Pandemic in the United States.

“There was certainly more of a gravity to the study, knowing the world is going through a pandemic and knowing that this study could make an impact on the academic world,” Haneda said.

Cook and his students, including psychology major Kriszha Sheehy ‘21, still are working on the NICE COVID-19 study. They are wrapping up the data collection stage now. They’ve collected 3,500 responses from 19 countries so far. The data have yet to be analyzed, but a summary of results is expected to be completed in the fall.

“Working on all of our projects, like the NICE COVID-19 study, really adds to your ‘researcher toolbox’ because you aren’t assigned busy work—you are assigned meaningful work,” Sheehy explained. “It’s a very exciting experience to play a role in the research process as an undergraduate student.”

For Cook, being a lead researcher on an international project is challenging, but worth it. “This study has the potential for broad impacts, to both the understanding of the psychological effects of COVID-19, as well as facilitating better international collaboration in psychological research,” he said. “My hope is that completion of the project will motivate others to pursue cross-cultural explorations of psychological phenomena and that the data we collected will allow us to test novel ideas regarding the effects of the pandemic.”

Cook appreciates that PLU encourages students and faculty to collaborate and have meaningful relationships where everyone can grow.

“The students that work with me on these projects become my trusted colleagues. This is an experience that most undergraduates at other universities are not afforded, and it gives our students unique skills and advantages heading into graduate school or on to the job market.”

To learn more about how you can support PLU students visit plu.edu/advancement.

The psychology major at PLU is unique in that it offers both a Bachelor of Arts and a Bachelor of Science degree. For both degrees, students develop skills in critical thinking, theory building, research methods, statistical analysis and using psychology in human context. The Bachelor of Science degree also is an excellent degree option for students with an interest in pre-medicine (including psychiatry), behavioral health, cognitive neuroscience, or neuropsychology.