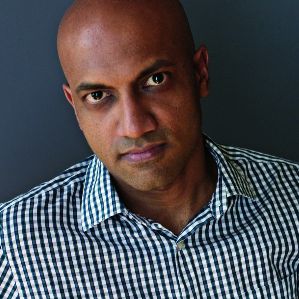 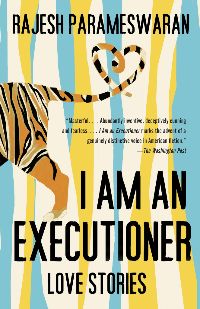 Free & Open to the Public

Rajesh Parameswaran is the author of the short story collection I Am Executioner: Love Stories (Knopf 2012), a Washington Post best book of the year. The collection was named one of the “25 Great Short Story Collections from the 21st Century So Far” by The Scottish Book Trust, and stories from the collection have been included on lists such as Flavorwire’s “The Scariest Short Stories of All Time” and “The Greatest Short Stories About Love.” Raj’s work has appeared in The Best American Magazine Writing, Granta, McSweeney’s, and Zoetrope: All-Story. He has been recognized with a National Magazine Award and fellowships from the National Endowment for the Arts, the New York Foundation for the Arts, the Radcliffe Institute at Harvard University, the New York Public Library’s Cullman Center for Scholars & Writers, the MacDowell Colony, the Ucross Foundation, the Santa Maddalena Foundation, the Dora Maar House, the Camargo Foundation, and Yaddo. In 2018, Raj will be the Picador Guest Professor for Literature at the University of Leipzig.