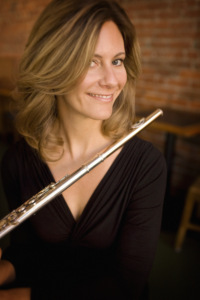 Jennifer Rhyne serves as Associate Professor of Flute and Music Theory at Pacific Lutheran University where she also directs the Sølvvinden Flute Ensemble and performs with the Camas Woodwind Quintet.

Before joining the faculty of PLU, Rhyne taught at Fort Hays State University in Kansas. The North Carolina native holds degrees in Flute Performance and in Neuroscience from Oberlin College and Conservatory of Music, as well as degrees in Flute Performance from the University of Michigan and Stony Brook University. She pursued non-degree studies at the École Normale de Musique in Paris. Her teachers include Kathleen Chastain, Michel Debost, Lorna McGhee, Carol Wincenc and Pierre-Yves Artaud. Rhyne is a member of Symphony Tacoma and performs regularly with Vashon Opera and the Blessed Sacrament Baroque Orchestra in addition to directing the Tacoma Flute Choir.

She frequently appears with ensembles in the region such as Northwest Sinfonietta, Bellevue Opera, Lyric Opera Northwest, the Northwest Bach Festival, and Walla Walla Baroque, as well as on chamber music series such as the Second City Chamber Music Series and at the Icicle Creek Center for the Arts. A dedicated pedagogue, her articles have been published in School Band and Orchestra Magazine and Flute Talk, and she has been a featured lecturer and masterclass clinician at the National Flute Association Convention, the Kansas Music Educators Convention, the University of Oregon, Cornish College of the Arts, Ohio University, Portland State University, Western Kentucky University, and Columbus State University in Georgia as well as a frequent adjudicator for contests in the Northwest. She is currently serving as the Assistant Program Chair for the 2017 National Flute Association Convention in Minneapolis. She has won prizes in competitions sponsored by the National Flute Association, the Texas Flute Society, the Albuquerque Flute Association, and the Washington, DC Flute Society and has performed at Carnegie Hall and Madison Square Garden in New York.

Her students have won prizes in competitions sponsored by PLU, the Coeur d’Alene Symphony, the Tacoma Philharmonic, the Washington Music Educators Association, and the National Flute Association. Rhyne enjoys performing a wide variety of music from all genres and eras, including historically-informed performances of early music on a one-keyed wooden flute as well as performances of avant-garde contemporary solo and chamber works. Her Two Muses recording of music for flute and guitar is available from Amazon. 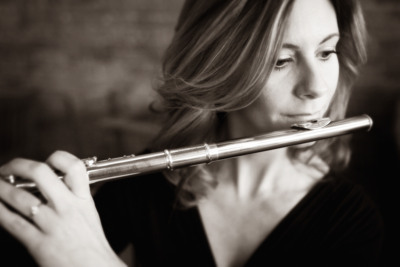