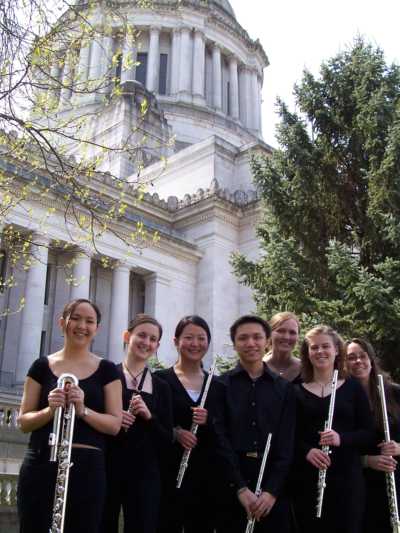 The Sølvvinden Flute Ensemble was founded in 1994 by the ensemble’s first director, Rae Terpenning. The ensemble performs frequently at PLU and venues such as Town Hall in Seattle, the Washington State Capitol Rotunda, the Concert Series of St. John’s Episcopal Church in Olympia, and Mary Bridge Children’s Hospital. In past years, the ensemble has been selected to perform at the Washington Music Educators Association conference in Yakima and at the National Flute Association Convention. The flute choir performs using Burkart and Philip Hammig piccolos, Trevor James alto flutes, and a Kingma bass flute. The Norwegian term Sølvvinden can be translated as The Silver Wind. 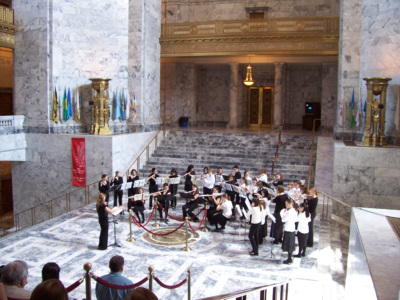 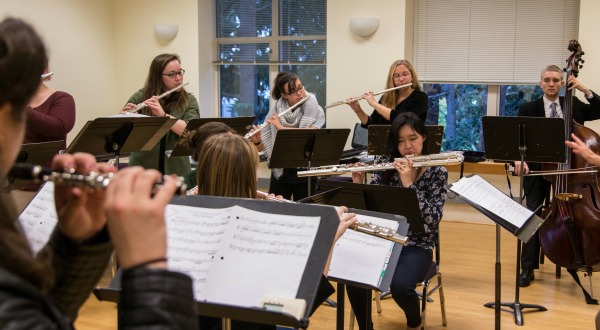