Building a relationship with God based on openness

When Mycal Ford discusses his faith, his story is that of a classic Christian conversion. He was an all-star athlete. He was, and remains, handsome and popular. In high school, success came easy. And with it, so did other things – like alcohol, drugs and women. Of this, he’s not proud. And through it all, he remained unfulfilled. 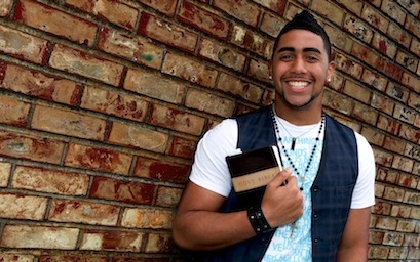 Why does Mycal Ford prefer to be called ‘spiritual’ as opposed to ‘religious’?

One Sunday, he was invited to a church service during his senior year. He was captivated. He made a commitment to follow Christ, and has been dedicated ever since.

That said, ask him if he’s religious and he bristles. “I do not like that term,” he said.

Ford prefers to talk about spirituality and, in particular, his “relationship with God” – emphasis on relationship.

As he looks back, part of what kept him from considering a religious life was what and communication he saw as the requirements of such beliefs. “It was assumed that, to be Christian, you had to be against this or for that. Against abortion. Against gay rights. My religion was not going to be contingent on social issues.”

When he stepped into that Sunday-morning church service, he came to understand that living a spiritual life did not require stumping for a set of predetermined social issues.

“God is more concerned about our heart than those social issues,” Ford said. “What he’s after is our heart.”

Ford now attends church every Sunday, but it is clear what is most valuable to him is that relationship – something that goes both ways. He always carries his Bible, along with a journal in which he keeps track of his thoughts as he reads it. “It is prayer or a love letter to God. It helps me connect with Him,” he said.

Ford hasn’t forgotten his life before that Sunday morning. In some ways, it is what keeps his faith real. “Christians are disgusting creatures, just like everyone else,” he said with a laugh.

His point? We all have different things that make us tick – some good, others not. Ford’s been there. Because of that, he doesn’t dare judge others. And he doesn’t want anything like that to stand in the way of a relationship that he has found so fulfilling.