Finding the space to breathe – and to ask the big questions

Jake K.M. Paikai knows a thing or two about multifaith families. He grew up in Hawaii with grandparents that are Jewish. His mother converted to Christianity. Despite his mother’s conversion, she left it up to Paikai to figure out exactly who or what he should believe in.

“She let me decide whether I was gonna do the Christian thing, or the Jewish thing, or neither,” he said. 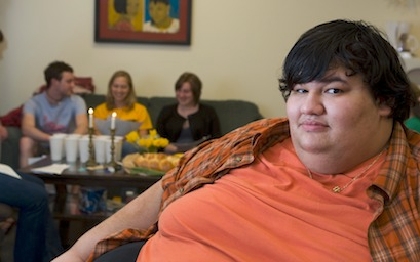 How did attending a Lutheran university encourage Jake K.M. Paikai to embrace the faith of his Jewish grandparents?

That hands-off approach proved essential to Paikai. “It allowed me a little space to breathe – to ask deep faith questions on my own.”

When he arrived at PLU, he was still asking a lot of questions. After a few years, he fell in with the Alijah Jewish Club. For Paikai, it was what he needed – a community of fellow students with similar traditions, all who seemed to be asking a lot of questions about their own faith. “I like being a part of a religious tradition that doesn’t seek to supply all the answers,” he said.

Those questions brought him closer to his Jewish faith than he’d been in years.

“If it weren’t for my fellow Jews here at PLU, I wouldn’t be as religious as I am now. It was [at PLU] that I learned how important my religious tradition is. PLU is great about asking those ‘big enough’ questions. You don’t get answers. You get more questions.” Paikai paused. “And that is probably exactly what a lot of us need.”

One doesn’t get the sense that Paikai sees any irony in the fact that attending a Lutheran university drove him to embrace the faith of his grandparents.

“Lutheranism isn’t about creating a bunch of more Lutherans,” he said. “This is a university that respects religious traditions, and encourages spirituality by asking a lot of deep questions.”

He sees that all over campus – he says that he has spiritual conversations with everybody.  “And when you do,” he recalled, ‘so often you’ll hear someone say, ‘wow, I never thought about that.’ In the end you, understand someone else better.”

Then, he added, “And, you understand yourself better.”