There is surely no more poignant example of this than the establishment of an endowed scholarship by family and friends in memory of Marvin J. Ramstad ’38.

The scholarship is the recognition and reaffirmation of the significance of one young man’s college experience, an experience that totaled only two years but would serve him for a lifetime. 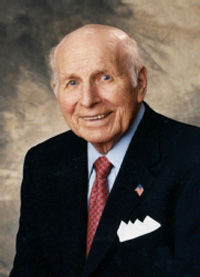