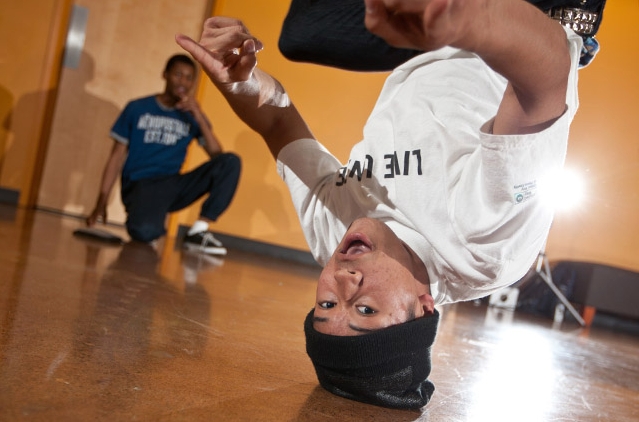 It could be any evening on the ground floor of the University Center: A group of young men and women – about 25 of them – drift into the lounge area, greeting each other.

Some chat; others open their laptops – all as if they are waiting for something. Then, someone cranks up the hip-hop, and its steady thrum echoes through the building. They start stretching. The moves begin – a balance here, a handstand there. Soon, they bust out the headmills and king flares. Juan Reyes, who lives in the area but is not a PLU student, is first with a headmill. Following Reyes’ lead, others – some PLU students and others not – follow. Soon, to the beats of James Brown and Ultramagnetic MCs, the long hallway on the lower UC is a mass of twirls, kicks and spins.
Weaving his way through the throng, Colin Roth ’11, who started PLU’s Breakdancing Ministries, shows up about an hour into the set that will last until midnight. Roth wanted to reach out to local bboys and bgirls who love to show off their moves. And if deeper topics come up later? So be it.“My understanding of the gospel is that you build relationships first,” said Roth, a Hispanic studies and global studies double-major.

At the same time, just a few steps away in The Cave, the student-run hangout in the UC, a traditional evangelical service is about to begin. About 100 students assemble for the weekly meeting of Ignite, one of the more popular groups on campus. Here, the music is also full throttle. A band onstage leads the group in praise songs, followed by a traditional service. 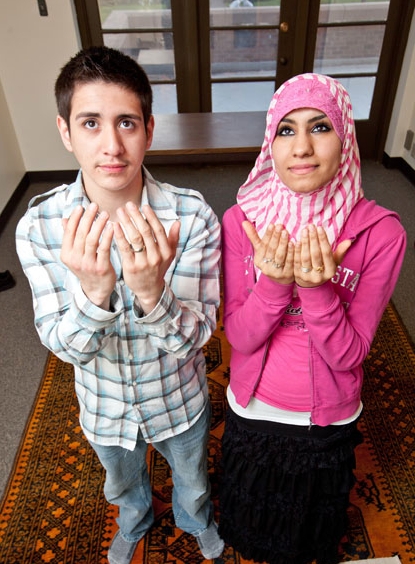 Bashair Alazadi ’13 and her husband Carlos Sandoval ’13 use the Reflection Room on the PLU Campus for devotions. (Photo by John Froschauer)

These types of events happen at PLU all the time. If break dancing isn’t your thing – or mainstream Christianity, for that matter – there’s still a group for you.

After all, students from all backgrounds and religious traditions attend PLU. That is what the Lutheran tradition is all about – making sure all faiths and perspectives are respected. It ensures a vibrant, intellectual spirit takes hold on campus, where students and faculty are open to ideas, new philosophies and intellectual diversity.

For instance, take Bashair Alazadi ’13. As a commuter student, she didn’t have a residence hall room where she could pray five times a day, as prescribed by Islam. So she went to PLU’s office of Campus Ministry. After a bunch of discussions, Alazadi and others around campus of various faiths created the Reflection Room, a place for students of all faiths – or those with no professed faith – to reflect and think.

Brenda Ihssen, visiting assistant professor of religious history and historical theology, added that these clubs are evidence “that there is an open dialogue between the academic study of religion and the interest–and investment–that individuals have in their faith traditions.” Ihssen acted as advisor to help start two of the clubs, Alazadi’s as well as another club for orthodox Christians. 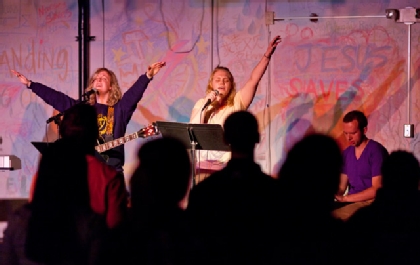 Ignite service at PLU in the Cave. Ignite is one of the largest faith groups on campus. (Photo by John Froschauer)

“There is a strong population of people here that don’t believe in any faith(and in fact there’s a club for that – PLU Secular Student Alliance),” said Anna Milliren ’13, who worked on creating the Reflection Room. “We want to have a place, and a group where people can seek out what’s comfortable for them.”

Milliren also helped to create the Interfaith Council – where members of all campus groups meet to discuss what they are doing, and understand each other’s views. The council also fills in the gaps for some groups that are just starting, or in a transition period. For example, when the main leaders of the Aliyah Jewish Club graduated last year, the Interfaith Council helped pick up the slack and put on a traditional Seder service. 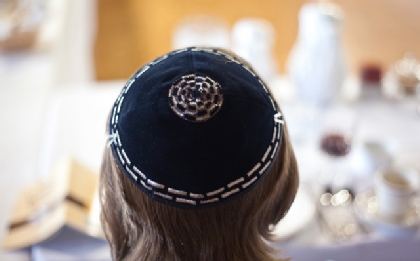 Alazadi and her husband, Carlos Sandoval ’13, who converted to Islam about a year ago, are looking forward to the creation of a Muslim faith group in the fall. They haven’t yet decided on a name for the group, which numbers about seven. The pair wants to open up the group to those of every faith who are curious about Islam.

“We plan to have speakers talk about issues of the day, or to address questions or misconceptions others may have about our faith,” said Alazadi, a business major who emigrated with her family from Iraq when she was three-years-old.

Her parents were a bit nervous about their daughter attending a private college that her family thought “might be filled with white Lutherans,” Alazadi laughed.

Not really the case. About 25 percent of the student population at PLU classify themselves as Lutherans. Alazadi said she found the campus warm and accepting of her beliefs.

Ariel Madden ’13 wasn’t into the larger groups, but wanted to meet with fellow women of the Christian faith who wanted to support each other, and loved coffee. So Caffeine With Christ was born. “We talk about topics that are on our hearts as women, from stress, to test taking to eating disorders,” Madden said.

Then there is PLU POO. Not quite what you’d think – thankfully! 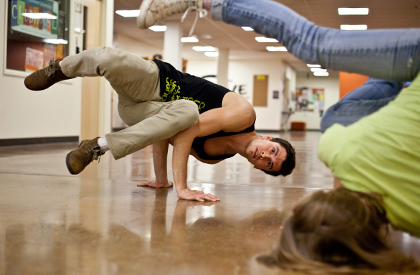 Colin Roth ’11, who started PLU’s Breakdancing Ministries, works on some moves with a friend. (Photo by John Froschauer)
But it’s another new club that will gather Orthodox Christians to both explore their faith and explain it to others. The formal name is PLU’s Pan Orthodox Organization, explained Jordan Ramos ’12, whose faith journey took him from evangelical Christian, to Protestantism, to the orthodox faith about two years ago. Ramos found that this road and belief system satisfied both his heart and his intellect. “I really feel like I’ve found the modern embodiment of the early church,” he said.

Ramos doesn’t exactly expect a big turnout, but like Alazadi’s group, he hopes that those with questions about Orthodox Christianity will show up to chat, when the group officially meets this fall.

“I felt like I’d come home to a community,” Ramos said of his faith journey, and his eventual decision to form PLU POO.

Community. That is the common denominator for students on campus – Lutheran, Muslim, evangelical, Jewish, Orthodox Christian, agnostic or even atheist or naturalist – there is a community for you, where you can grow, pray, discuss, believe or even not believe, as the case may be.