PLU is that much closer to being carbon neutral by 2020 thanks to a $50,000 Solar 4R Schools grant from the Bonneville Environmental Foundation. The grant will pay for a 20-ft solar panel system, which will be installed on the Facilities Building 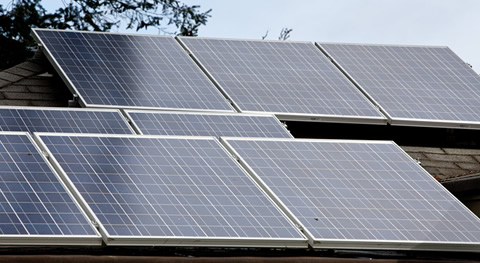 in March 2012.Designs are currently underway. Chrissy Cooley, sustainability manager through facilities management, worked with students to write the grant, and submitted it to the Bonneville Environmental Foundation in May.

PLU is one of just four higher education institutions in the state to receive this grant. The Solar 4R Schools program works mainly with schools to increase public understanding and foster commitment to renewable energy. According the Bonneville Environmental Foundation website, Solar 4R Schools has installed 183 systems in 17 states across the country, including 121 in Washington state. The closest system installed through this program is a 24 kilowatt hour system at Tacoma Community College. The system would provide power for some electric vehicles on-campus and part of the facilities building.

While designs for the solar panel system are underway, Cooley is working with Emily Dooley, Development Office program coordinator, as well as other individuals and groups across campus to raise $20,000 to match the $50,000 grant, a contingency upon which the grant was awarded.

“This is a really important step that the university is taking,” Dooley said. ”The fact that we got this grant really shows what this company sees in us and what we do for sustainability.”

Through the Development Office Cooley and Dooley are working to bring this new project to the attention of young alumni in particular, who they believe would be especially interested in contributing. They are planning an email series and TelALute phonathon to reach out to potential donors. Dooley encourages alumni to donate because the money saved on energy bills from the installation of the solar panel system will be money that can go back to the students. She says donors would be giving to both the solar panel system project and the student body.

“The thousands and thousands of dollars that we are saving are going back to the PLU experience,” said Dooley.

Other offices are also playing a large role in this project.

Cooley said she is especially grateful to Facilities who will be responsible for maintaining the panel system after it’s installed. In addition to the solar panel system, PLU will also be receiving a kiosk, which will likely be set up in the University Center. The kiosk will show real-time usage of the electricity being produced by the panel, as well as information about renewables in the Pacific Northwest.