Terje Tvedt talks about the sociopolitical nature of water 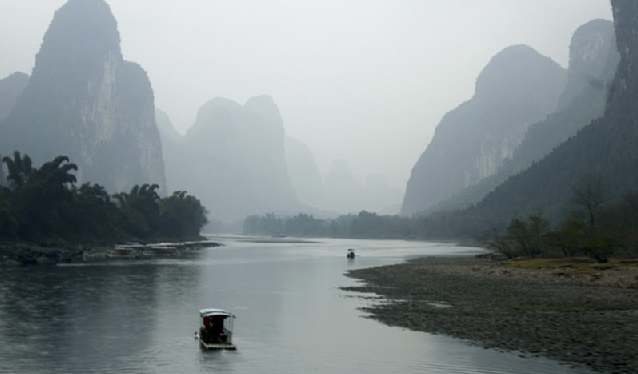 A scene on the Li River in Guilin China. (Photograph by Tiffany Endicott in 2005)

Terje Tvedt didn’t expect to become immersed in the issue of water, but the professor who teaches at the University of Bergen and Oslo, had his epiphany about 30 years ago, and hasn’t looked back.

This week, Tvedt – pronounced “te-vet” – will be attended the Wang Center Symposium: Our Thirsty Planet and talk about the importance of this natural resource and the geopolitical ramifications of water shortages that are developing into a world-wide crisis. Tvedt views this time period as the Age of Water Uncertainty, 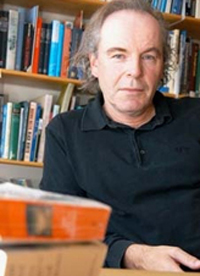 where societies will be fundamentally changed and formed by the permanent and growing insecurity regarding water and its availability in the future. There are varying views of what will happen, in the future. Are we facing a very wet, or very dry landscape, Tvedt has asked in several essays. The following is an email conversation we had with Professor Tvedt last week:

Q: How did you first become interested in the issue of water conservation?

Tvedt: I can identify this moment quite clearly. I got a “water shock.” I had moved from Oslo in Norway to Bergen in the summer of 1981. In Oslo the climate is comparatively dry, while Bergen is what I would call the capital of the Scandinavian rain coast. I had never given much thought to this fact, but then, in the autumn of 1981,
http://www.youtube.com/watch?v=-qpbWZRC_dw

I was driving in my old car to the university as a poor student. The car had holes in the floor due to rust, so when it was raining, I had to put on rubber shoes. I did this one day, because it was pouring. And I did it the day after. And I had to do it for weeks on end, and ever day that autumn. One day I couldn’t stop laughing, looking at myself in my rubber shoes in the wet car. It was fantastic; It was raining every day, and I hurried to my fellow students, so filled with this experienced, but they weren’t interested. It was routine for them. It was then that I understood that water and the form it takes in all societies represents normality, and therefore not considered important for reflections on society or human history. At the same time I was studying the history of the Nile. Since then I’ve been interested in water and society.

Q: You deal with society and water in your documentary “Future of Water.” How long did it take to shoot and what can you tell us about the scenes we’ll see this week?

Tvedt: It took about three years to shoot it, and many more years to do the necessary research about the topics and finding the right places to shoot. Since it was a low-budget film, we had to do everything ourselves. I personally like “A Journey in the History of Water” which in my mind is even better, taking into consideration that it was made in the mid-1990s.

Q: What project are you working on now?

Tvedt: I am about to finish a 550-page book on the Nile. I had previously published a monograph on the river called “The River Nile in the Age of the British. Political Ecology and the Quest for Economic Power” I’ve written a bibliography on the Nile and now have written a history of the Nile covering 5,000 years and 11 countries up to today. I’m also finishing up a documentary on the river.

Q: Do you conserve water where you live?

Tvedt: I don’t have a water garden, and live a very modest life, with limited demand for water or anything else. And in Bergen, there is, by the way, no need for conserving water. In general, there is too much of it.