Business leaders throughout industry come to PLU to share their insight through the State Farm MBA Executive Leadership Series. Lectures are held in Leraas Hall, Rieke Science Center from 6 to 7 p.m., with refreshments served from 5:30-6 p.m. 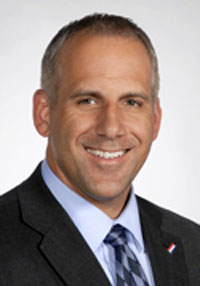 Wolfe also spent 10 years with Maersk Sealand/APM Terminals in Tacoma, most recently as the terminal’s Operations Manager. A native of Puyallup, Washington, Wolfe earned a Bachelor’s degree in business administration from Pacific Lutheran University in 1987. 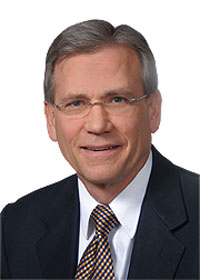 Gary Gessel is President and Chief Operating Officer of Milgard Windows & Doors, a Masco Corporation company. Gessel returned to Milgard after a three-year absence during which he served as president of a not-for-profit organization. Prior to that, he was with Milgard from 1992-2004 as Executive Vice President and Chief Financial Officer. Prior to joining Milgard, Gessel gained extensive experience in financial leadership in consumer–packaged goods as Vice President, CFO of Nalley’s Fine Foods, Assistant Vice President of Seafirst Corporation/Bank of America, and as a member of the corporate finance team and leadership development program at Ford Motor Company. 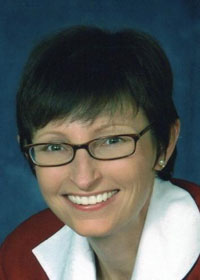 Patricia Love Krise is an Automotive Executive working in various capacities for the past 28 years with Ford Motor Company and Nissan Motor Corporation. Krise is currently working as a Project Manager and Six Sigma Black Belt for Ford Motor Credit. For the past seven years her project team has identified and implemented process improvements in the U.S., Canada, and India resulting in total annual savings of $75 million. Prior to working as a Project Manager, she was a member of the executive management team that launched and managed a 1200+ person financial call center in Colorado Springs, Colorado. This Business Center was responsible for managing a $27.2 billion portfolio in an 18-state region.

Krise also was one of the founding Market Representation Managers responsible for building the Infiniti franchise network. She successfully recruited, selected & installed 16 dealers in a 22-state region during her tenure. Krise earned a B.A. in Business from Hanover College in Indiana and an M.B.A. from Miami University of Ohio.