‘IBM and the Holocaust’ 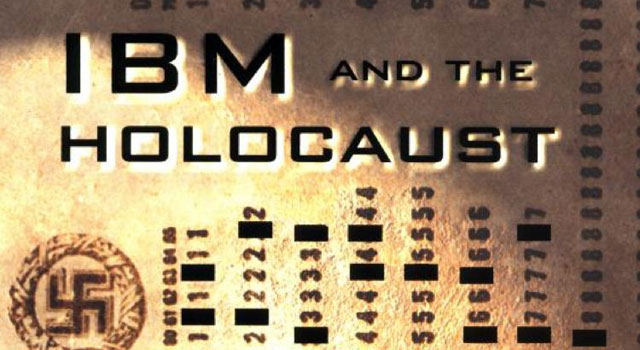 In Edwin Black’s book “IBM and the Holocaust” he examines IBM’s complicit work in creating a database for the Third Reich’s final solution.

‘IBM and the Holocaust’

Edwin Black remembers walking into the U.S. Holocaust Memorial Museum with his parents in Washington D.C. when something caught his eye by the door.

“One of the first things you saw was an IBM punch card system,” he recalled. “No one knew what it was for. IBM and the Holocaust, those two words just didn’t compute.”

So Black, the son of two Holocaust survivors, decided to find out the story behind that odd display in the museum. His search resulted in the book IBM And The Holocaust- The Strategic Alliance Between Nazi Germany And America’s Most Powerful Corporation (2001, 2012), which looks at how the leaders of the company- and particularly its chairman, Thomas Watson – embraced the Nazi vision of the future and helped the Third Reich, willingly and enthusiastically, enforce and track the final solution. IBM’s Hollerith punch-card machines (which Black spotted in the museum) gave the Nazi’s a new tool to catalogue, find and round up millions of victims.

“They co-planned and co-organized all six phases of the Holocaust,” Black said in an interview from New York City earlier this month. The company’s enthusiastic participation started in 1933 and continued through the war, he said. 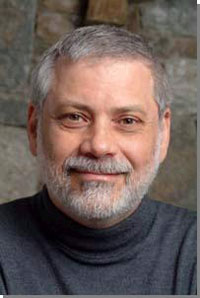 As part of the Kurt Mayer Chair in Holocaust Studies program, author and journalist Edwin Black will take part in a lecture about “IBM and the Holocaust.”

This year, an expanded edition of the book was released, with 32 pages of new information and photos included. Black will be on the Pacific Lutheran University campus Oct. 16 at a brown bag lunch which is one of two fall lectures under the Kurt Mayer Chair in Holocaust Studies programs. The second lecture will be on Nov. 15, when Peter Altmann will present a special viewing of  “Adele’s Wish,” which tells the story of Altmann’s mother, Maria, and her efforts to retrieve family paintings taken during the Holocaust. To complete the exhaustive research in the book, Black invented a crowdsourcing technique were 100 volunteers helped him pour over documents, and interview survivors or their children. The effort took years and spanned seven countries and 50 archives. In an interview at the time of the book’s first release by CNET, Black estimated that the research produced 20,000 documents, which he organized and cross-indexed. He then had noted historians review his research before publication.

In the end “all the research funnels through my eyeballs,” said Black.

Black is absolute in his book and interviews that IBM was a willing participant in the Third Reich’s final solution. “They were never forced,” he said of the company officials. “IBM solicited Germany and offered to open up subsidiaries,” as the Reich war machine rolled over Europe, he said. Watson, himself, received a 1 percent cut of every punch card used in the process.

Black calls his method “historical excavation,” and has used the same process in other books, such as British Petroleum and the Redline Agreement (2011) and War Against the Weak (2003, 2012).

This year, Brad Pitt has optioned IBM and the Holocaust to produce a movie based on the book. But Black declined to discuss any movie deals off his books, and referred all questions to his agent. Turning the conversation away from Hollywood and back to his research, he noted that despite criticism of his work, “I’m zero for 35 (years)…no corrections, no retractions and no one has sued me.”

At the beginning of his career in the late 60s, Black said he wanted to write novels and never really considered journalism. But once he realized that such noted authors like Ernest Hemingway worked at the Kansas City Star, he changed his mind. He is absolutely driven in his research and dismisses reporters who Google or Wikipedia their information. He also feels strongly, as he does about almost any topic, that history is vital to avoiding future mistakes.

As for that IBM machine that caught his eye in the Holocaust Museum? It’s been moved. A smaller machine has replaced it. The IBM logo is hidden on the side facing the wall.