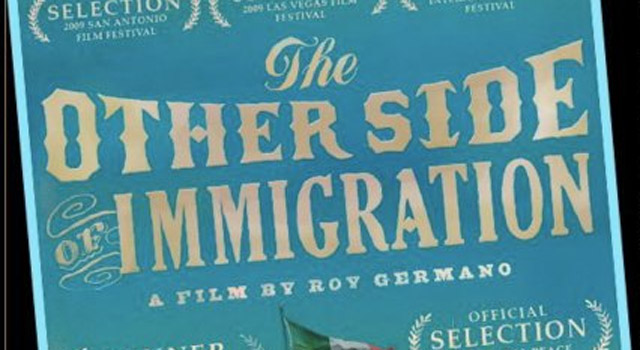 “The Other Side of Immigration” examines the impact migration has on the families that stay behind.

PLU welcomed Roy Germano to campus this fall as part of the 2012 Department of Language and Literature Film Festival Series, to show his documentary, ‘The Other Side of Immigration.”

This film explores why so many Mexicans leave their homes to migrate to the United States and explores another side of the issues surrounding immigration: What happens to those the migrants leave behind?

Representing the Hispanic Studies Program in the Film Festival Series, “The Other Side of Immigration” explored a side of one heavy topic many people may have not considered.

Examining life in the Mexican countryside, Germano’s film explores the impacts immigration has on the people who stay behind.

“Families are divided when they work in the U.S. – divided out of necessity,” said a person interviewed in the film.

There are communities in Mexico that cannot survive without migration to the U.S. Family members will walk days across the desert to enter their neighboring country. They will pursue employment, live minimally and send as much money back to their homes in Mexico as possible.

This separation of loved ones takes a toll on families. “I don’t know who suffers more: Those who cross the border or those who stay behind,” said another interview subject in the film.

In many parts of Mexico, the economy is dependent on the funds sent home from migrants in the U.S.  Communities such as the ones depicted in Germano’s film cannot survive without migration. Hispanic Studies major, Lauren Letsinger ’14 appreciated that the film gave the perspective of the individuals who stayed behind, explaining that those people are often easily forgotten.

“If you look a little deeper it’s not that hard to figure out why people come here,” said Germano about life in the U.S.

One interview subject featured in the documentary makes $13 a day working in Mexico when he could be making between $ 70 and $80 a day in the U.S.

“If people invest in Mexico, we won’t want to leave,” said another interview subject.

Throughout the course of the year, the Department of Language and Literature Film Festival Series screens a film for every language in the program. Films shown during the festival vary in genre. Check the film festival Facebook fanpage to find out more.