You Can’t Argue With Success 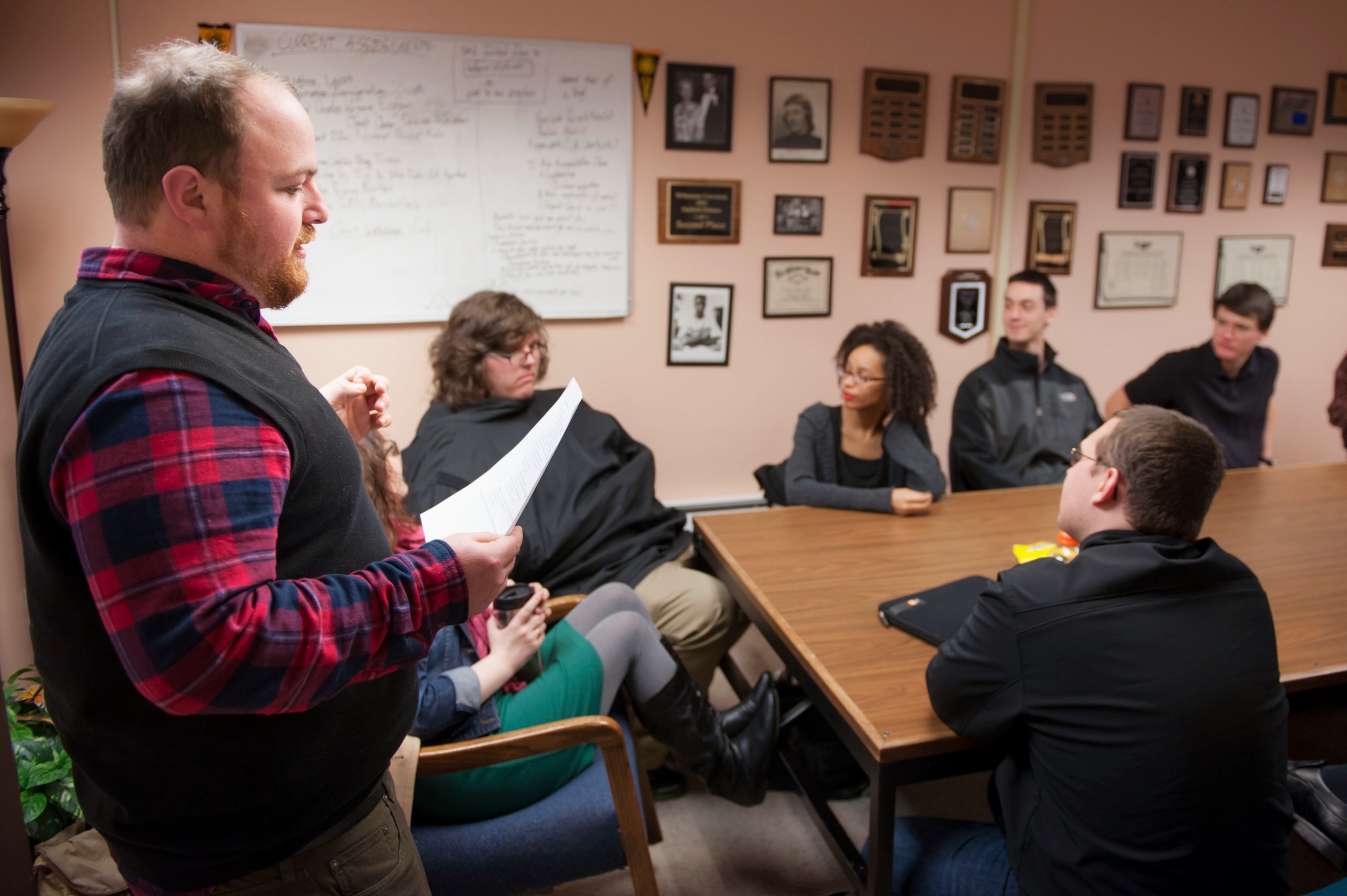 You Can’t Argue with Success

PLU Speech and Debate Carries on a Tradition of Excellence

At a liberal-arts college such as Pacific Lutheran University—where open dialogue is not just encouraged but expected—a healthy argument between students is a common occurrence. But no one crafts strategic arguments like the Lutes of PLU’s historic Speech and Debate team.

In fact, you could argue that PLU’s rich history of success in the arena of competitive debate is one of the university’s best-kept secrets: Debater Andrew Tinker ’16 describes debate, also referred to as forensics, as “the most competitive activity that no one has ever heard of.”

Fall 2013 proved an exciting time of successful transition for Speech and Debate, with the forensics squad facing some big changes: The team welcomed a new coach, Justin Eckstein, and raised membership to 22 debaters, many of whom are new to the activity.

“PLU has a really long tradition of being successful at debate. That has happened under many different coaches,” said senior debater Pam Barker ’14.

Barker and David Mooney ’14 are the only seniors on the team who have debated previously. A two-person team themselves, Barker and Mooney have moved into leadership positions in the PLU squad for their senior year.

“It’s been rewarding teaching our craft to a bunch of other people who are interested in it,” said Mooney. 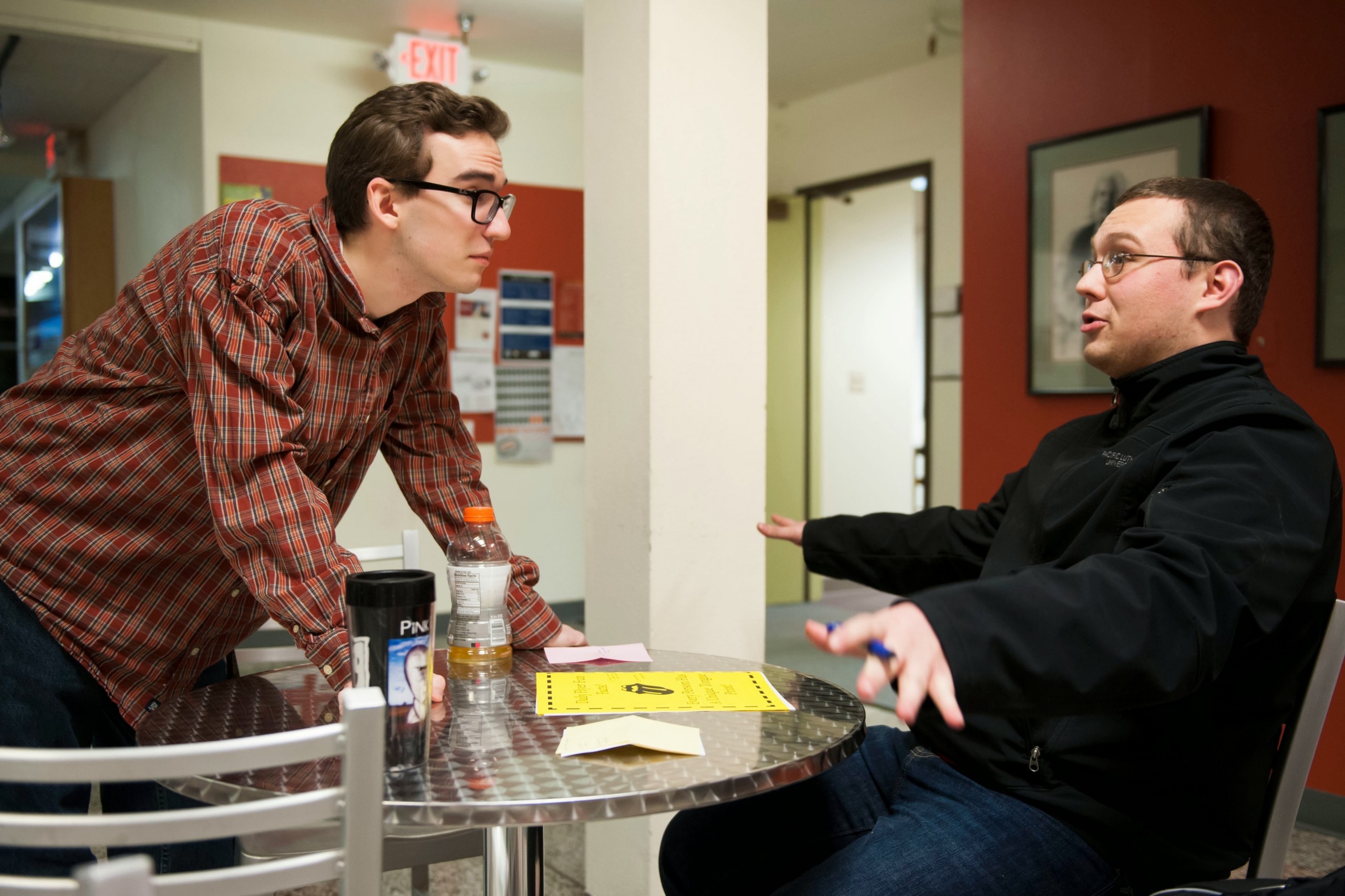 For Barker, Mooney and Tinker, debate has played a major role in their lives through high school and college.

“I think it’s a great supplement to my academic work at PLU,” said Tinker.

Speech and Debate has given Tinker the opportunity to see new perspectives and debate styles, leading to an experience he can describe only as “mind-blowing.” 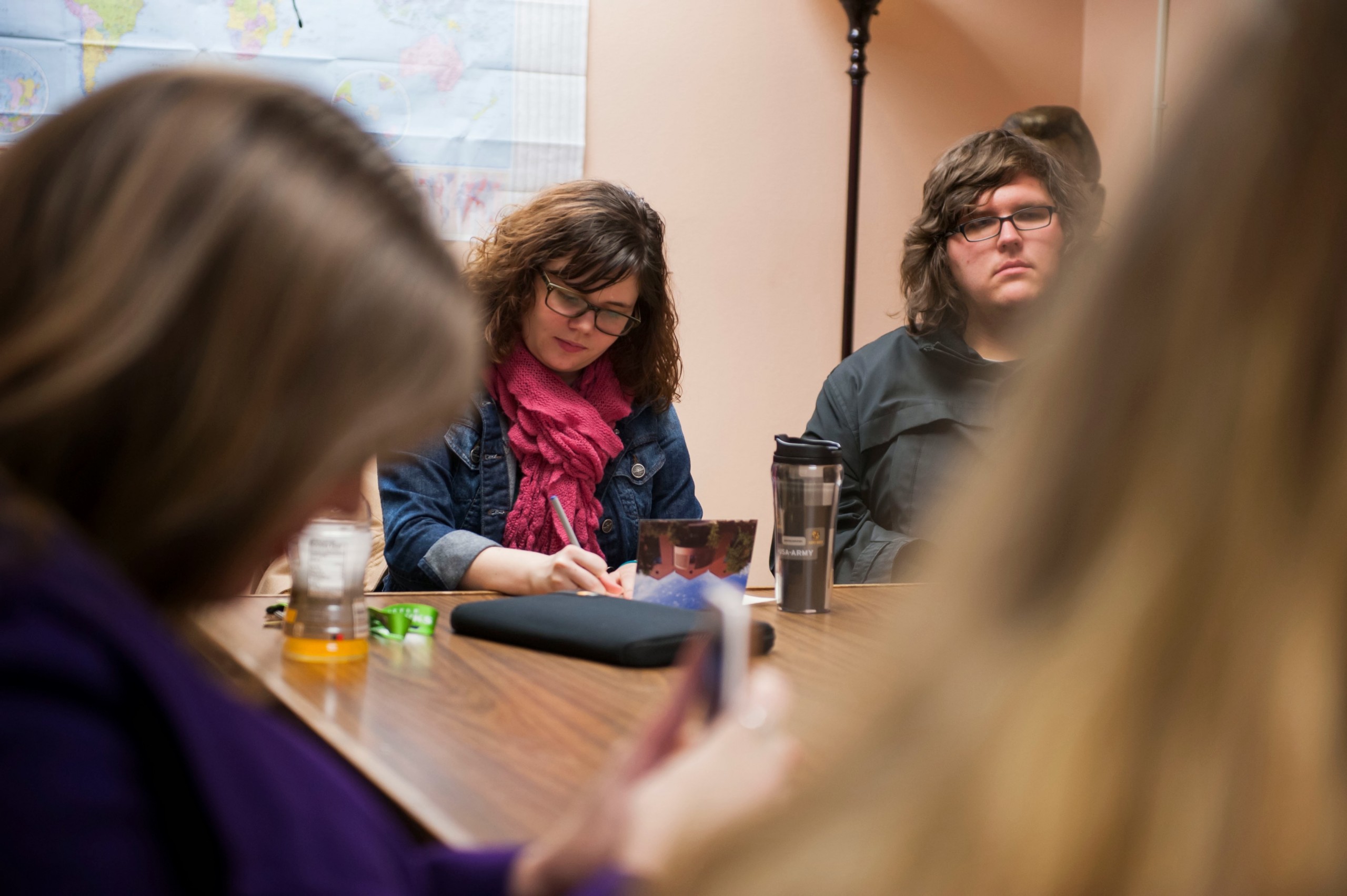 Barker also is happy she didn’t skip the Speech and Debate experience.

“I wasn’t sure if I was going to do debate in college, but I’m really, really glad I did,” said Barker. “I’ve met some of my best friends doing debate.”

What has become particularly special to Barker, aside from her own personal experience with the program, is carrying on PLU’s legacy.

Competitive debate has been an integral part of the university since it was founded in 1890. One of the oldest nationally competitive forensics programs in the country, PLU’s award-winning Speech and Debate program has a long history of championship speakers as well as a strong commitment to excellence in forensics competition.

In addition, Professor Michael D. Bartanen, chair of PLU’s Department of Communication & Theatre, has co-authored an authoritative new book that offers the first comprehensive history of American forensics, Forensics in America: A History.

Building upon this tradition, PLU Speech & Debate has had a very successful season so far. With a largely new team and a new coach, the team’s success is not so surprising considering the amount of work members put into honing their craft.

Tinker, for example, is not only working on old skills; he is working on something new: He and his teammates developed a never-before-seen strategy of debate, which debuted in January at the 2014 Mile High Swing Forensics Tournament in Salt Lake City, where all went according to plan.

“PLU did exceptionally in Salt Lake City, beating nationally competitive teams such as Whitman and local rivals such as Lewis & Clark,” said Tinker.

For students, forensics at PLU is not only intellectually stimulating; it’s fun. One particular highlight about Speech & Debate is the travel that comes with this academic sport.

Because of the university’s debate history, travel expenses are covered for competing students from an endowed fund in the Communication department.

“It’s really nice to feel supported by my university,” said Barker. “When you’re competing for PLU all day, it’s great that the institution recognizes that.”

During the fall, Speech and Debate focused primarily on local tournaments throughout the Pacific Northwest, but everyone is looking forward to more travel come spring. This year, PLU’s team has its sights set on the National Debate Tournament in Indianapolis at the end of March.

PLU consistently does well at national tournaments and made it to the final rounds of the competition in the early 2000s.

“We’re hoping to be really competitive at Nationals this year,” Barker said.