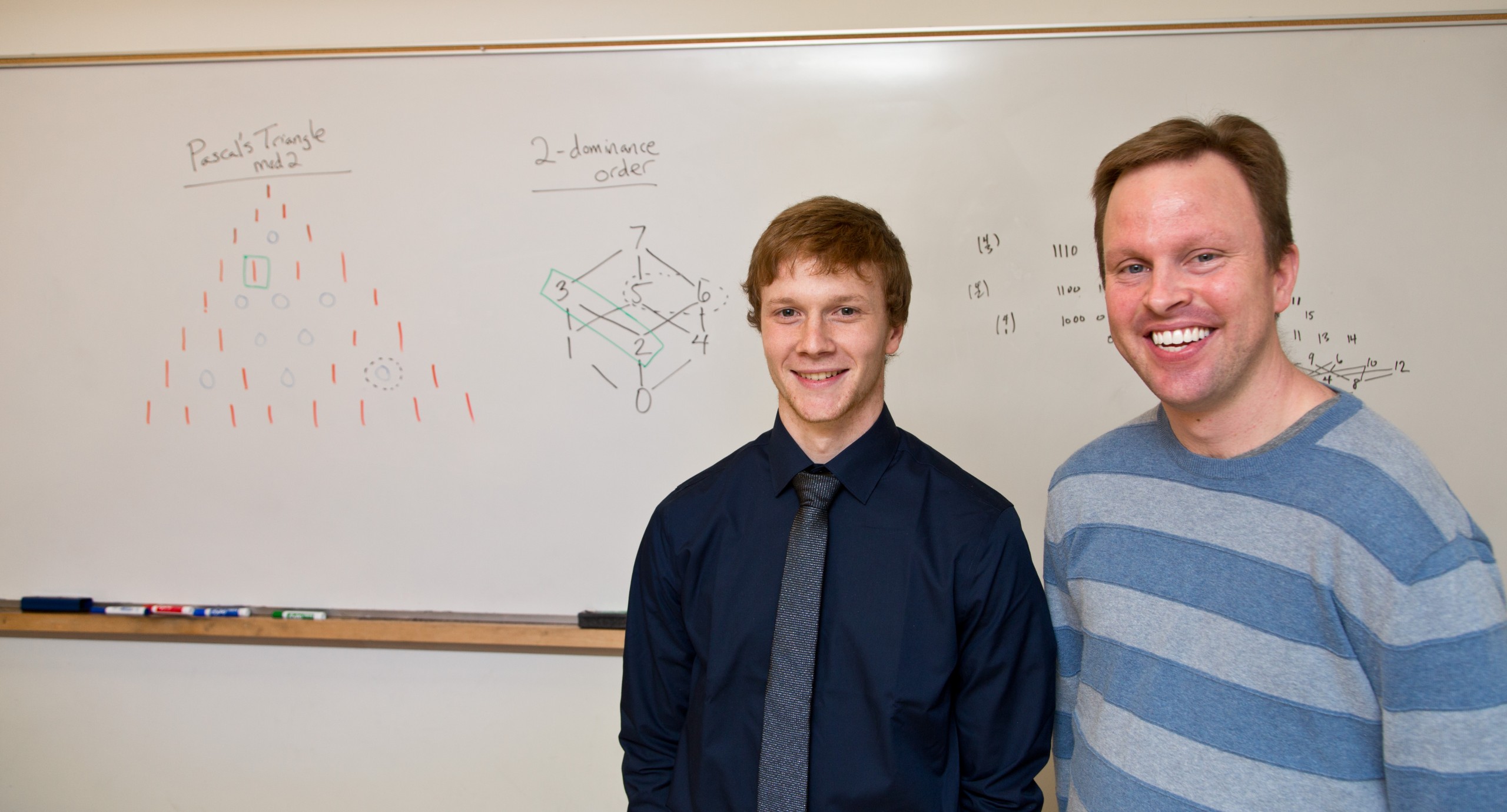 Two recent Pacific Lutheran University graduates have been published in the Rose-Hulman Undergraduate Mathematics Journal, a prestigious peer-reviewed journal designed to give undergraduates an opportunity to present math research.

More About the Paper

Tyler Ball and Daniel Juda both graduated with math degrees in Spring 2013, but their paper, Dominance over ℵ, was prepared earlier—making it eligible for the journal.

The two worked with faculty sponsor/PLU Math Professor Tom Edgar over the summer of 2012 to research and construct the paper. Edgar received the grant for the research and recruited Ball and Juda to assist.

“He was really working with us,” Ball said. “It wasn’t like he knew all the answers, which I thought was really cool.”

The three researched a more specific ordering of natural numbers. The journal abstract reads, in part: “This paper provides an overview of the b-dominance order over the natural numbers, ℵ, using the base b expansion of natural numbers. … Here we discuss many ideas in order theory, including the Poincare polynomial and the Mobius function.”

“It was a lot of looking at papers that had been written on similar topics, playing around with this ordering and finding other branches of math it connected to,” Ball said. “It was really hard but really fun.”

The project educated Ball further in a subject he first became interested in during fourth grade.

“It was a friendly competition with my friends to see who would get the furthest in math classes,” Ball said.

“I thought it was fascinating seeing how everything is connected through math,” Ball said.

When Ball first came to PLU, he wanted to major in engineering, but after taking physics and giving thought to his life after college, he decided engineering wasn’t for him. Ball is now enrolled in PLU’s graduate education program, working to earn a master’s degree in secondary education. He hopes to teach high-school math first and eventually become a college professor.

“It came down to the joy of seeing someone understand something, and I helped them figure it out for themselves,” Ball said. “It was a really gratifying experience.”

Juda is now pursuing a Ph.D. in math at the University of Arkansas.

The three researchers have submitted similar papers to other publications and are waiting to hear back. In the meantime, though, Ball said he is proud of what they have accomplished already.

“I don’t know how many undergraduates have the opportunity to do something and get published,” Ball said.