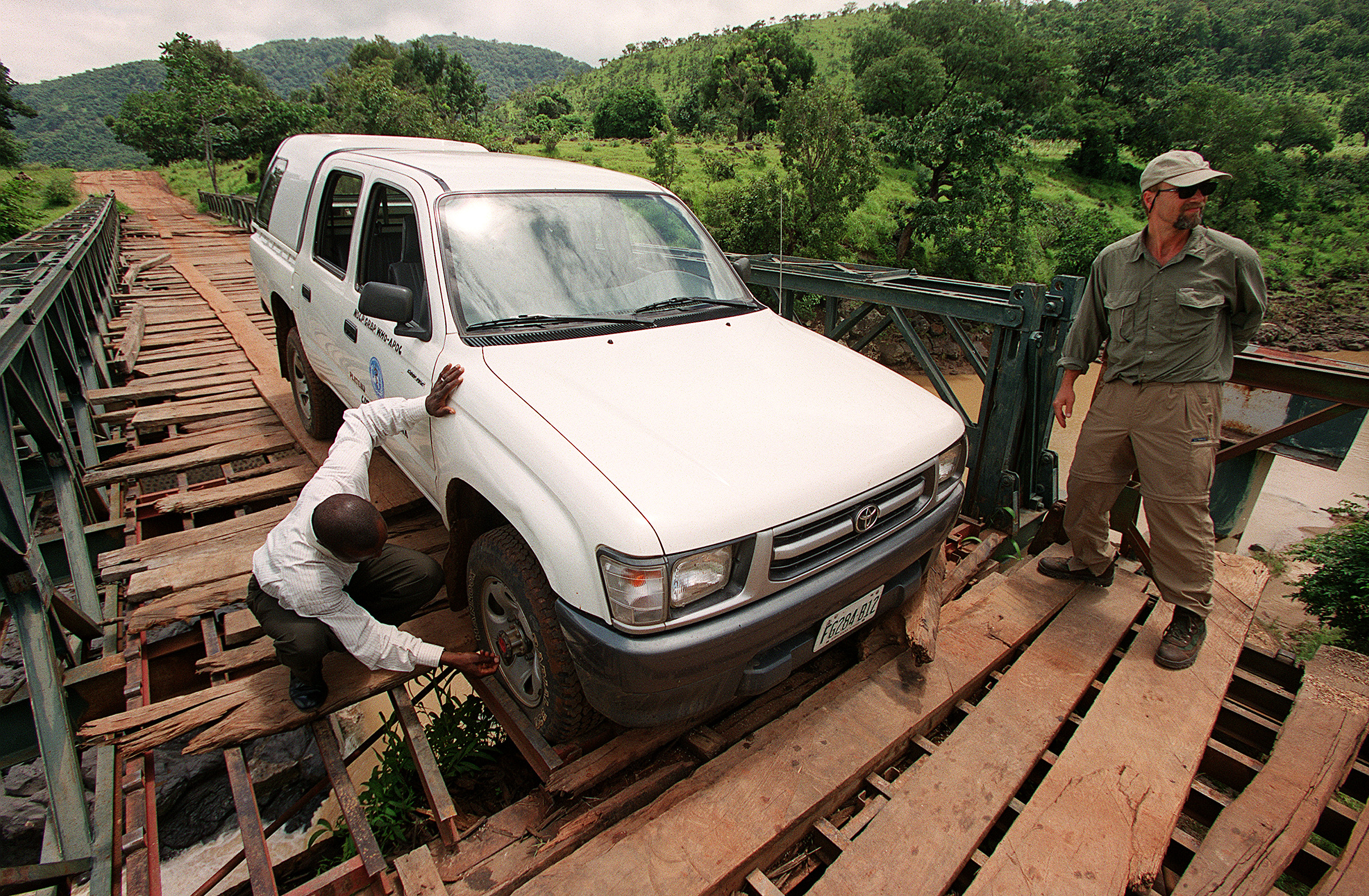 In 2001, Paulson traveled to Nigeria to report on the beginnings of the Bill and Melinda Gates Foundation’s work on global health. Paulson says the planking broke on this bridge outside Jos, Nigeria, and the driver inspected the tires because the truck wouldn’t move. “We eventually enlisted some locals to help us lift it up and get going again,” Paulson says. (Photo: Mike Urban)

In today’s information-overload media landscape, we’re continually bombarded by images and stories of tragedy—across oceans and painfully close to home. It’s normal to feel a range of emotions in response: sympathy, gratitude—and even, increasingly, “sympathy exhaustion” or “compassion fatigue.” Fueled by a hyperawareness of bad news—and the overwhelming reality that we can’t help everyone—these reactions sometimes lead to overarching apathy rather than effective action. 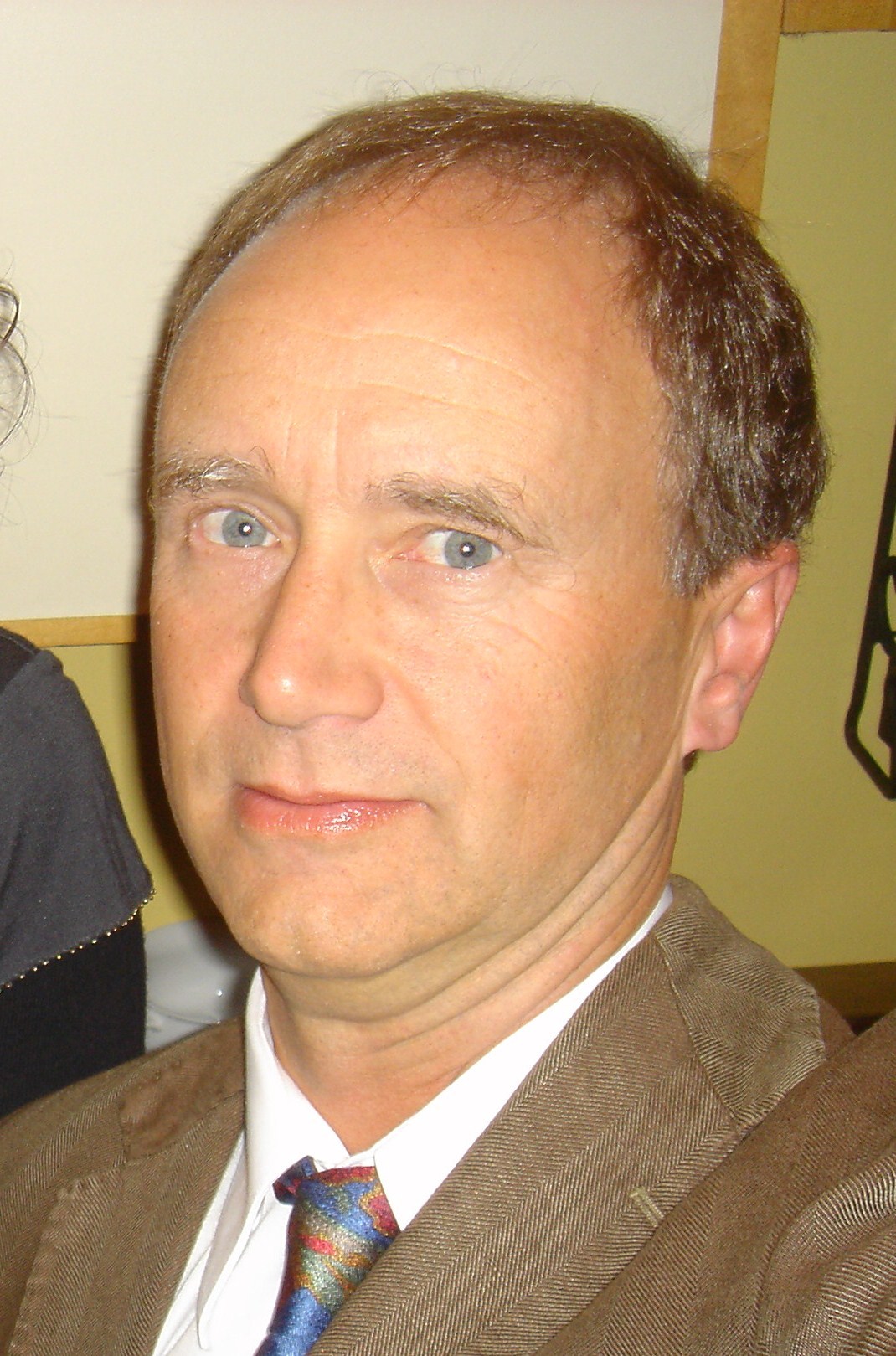 “When I was in college, we didn’t even know this stuff was going on,” Paulson says.

In his quest to keep humanitarian stories interesting, evermore relevant and impossible to skip over, Paulson says, “It’s not what you say, but how you say it.”

Paulson honed his ability to say things brilliantly at PLU, where he majored in Chemistry and moonlighted as a philosopher, with a particular interest in the Philosophy of Science. Then, Paulson counted himself “part of the massive pre-med crowd,” following the vocational itinerary of his father—until he began to write for The Mooring Mast and discovered a philosophy of journalism.

“I was getting irritated by bad reporting on science and environmentalism,” he says. “The media made science out to be hard truth, and not fallible.”

After he graduated from PLU, Paulson attended Johns Hopkins University, where he was in a class of three other students, one of whom is now the executive editor of Smithsonian. Paulson also started a construction company with a partner who is now a millionaire (“I should have stayed in construction,” Paulson jokes) and spent some time as a resident ski bum in Montana. Between then and now, he has worked as the science and medical reporter for The Seattle Post-Intelligencer, blogged for NPR via KPLU (Humanosphere initially was launched from KPLU as an NPR experiment) and covered AIDS vaccine research in Thailand for the Aids Vaccine Advocacy Coalition.

The Seattle native also has produced a few local plays about the news business, and once lived in his car.

Even with the success of Humanosphere (Bill Gates is a faithful reader), Paulson is a humble humanitarian. He looks outward, at a suffering world, and has adopted this mantra from Mark Twain: “Irreverence is the champion of liberty.”

Paulson believes we can become disinterested in simply learning about global tragedies, and in today’s world of constant connectedness and coffee shop Wi-Fi, a lack of awareness no longer works as an excuse to ignore them.

“Maybe,” Paulson says, “curiosity is what we need to stimulate.”