PLU Forensics Team Places Among Top 30 in the Nation

PLU Forensics Team Places Among Top 30 in the Nation 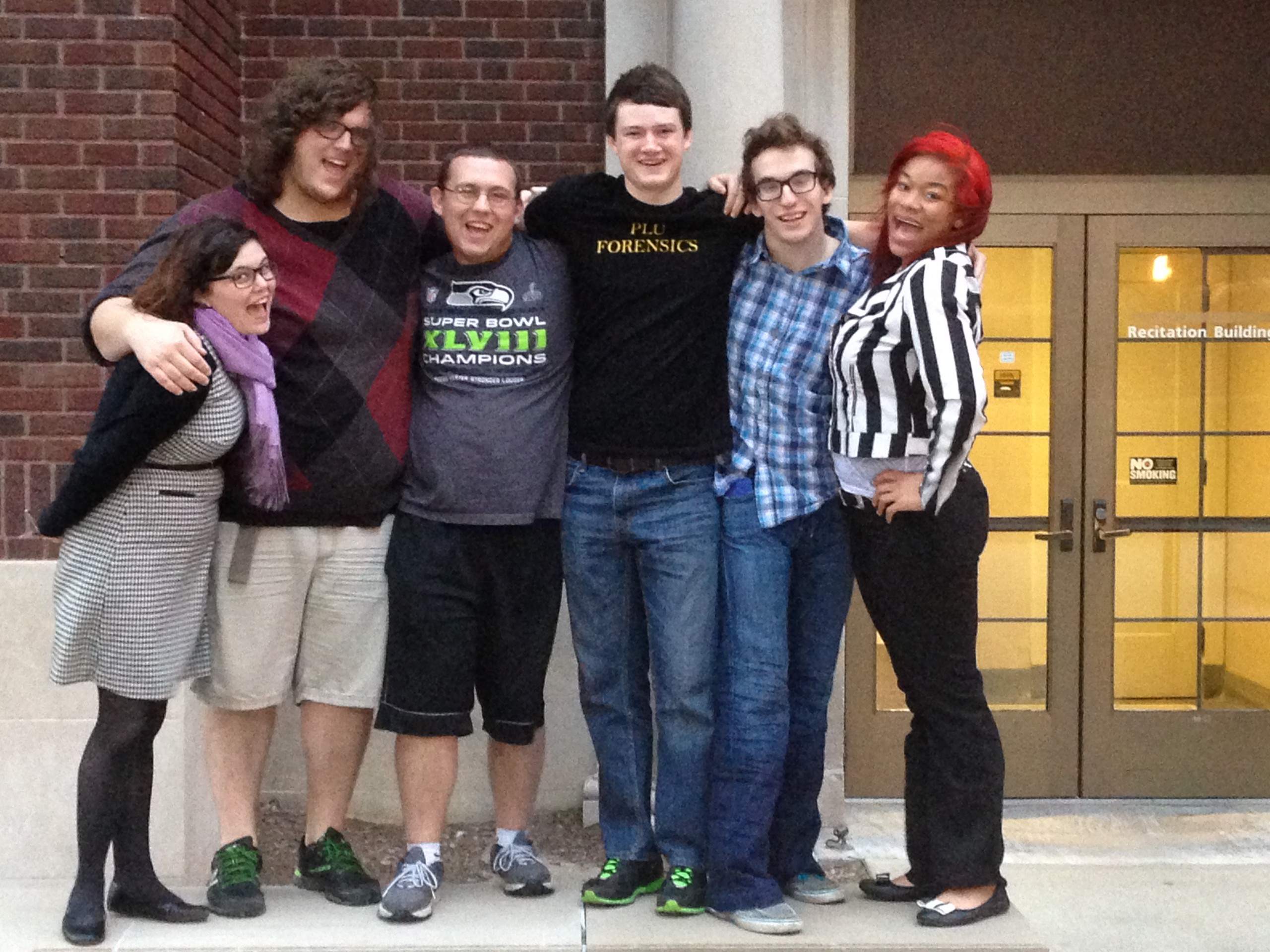 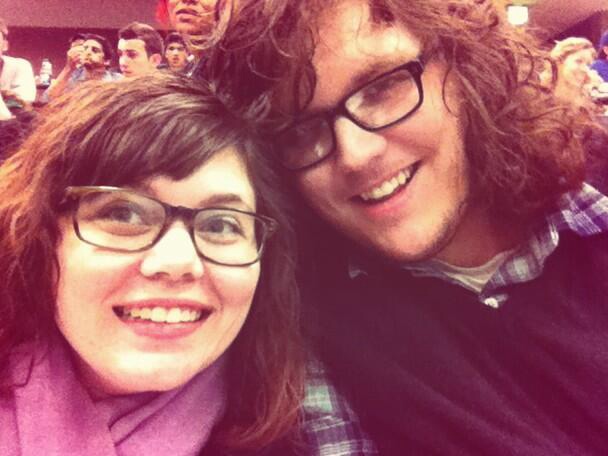 Seniors David Mooney and Pam Barker, one of three teams in the competition from PLU’s legendary Speech and Debate program, the T.O.H. Karl Forensics Forum, finished among the top 30 of the elite field of 220 teams. The pair defeated teams from top-tier schools including Yale, Cornell and Stanford to earn a coveted spot in the elimination round.

“It was extremely rewarding to see our hard work pay off,” Barker said.

Barker and Mooney’s hard work paid off all season: The juggernaut debaters made it to the elimination rounds of every tournament they attended. This places them among the most consistent and competitively successful teams in the storied history of PLU Forensics. 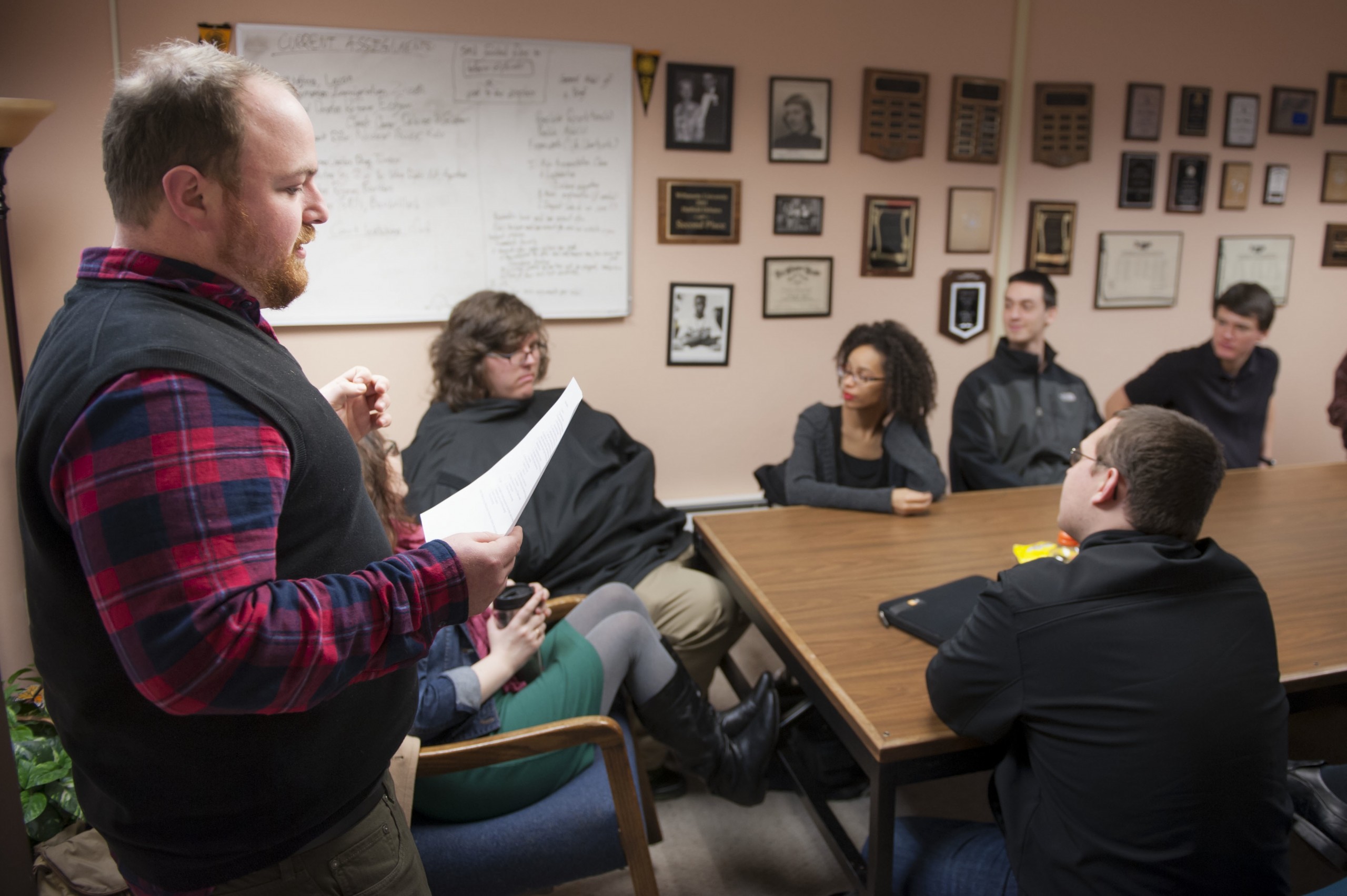 PLU Director of Forensics Justin Eckstein, left, who was honored at the national competition, addresses the Speech and Debate team in February. (Photo: John Struzenberg ’15)

Top honors also were awarded to Justin Eckstein, Director of Forensics, who was named one of the country’s best adjudicators.

The end of the debate season also marks the end of seniors Chris Fournier and Mamie Howard’s competitive debate careers. While both were newcomers to the team this year, they quickly ascended through the ranks and competed at Nationals.

“I am very pleased with the way the year has progressed, and I am excited to see what next year holds,” Eckstein said. The 2014-15 season begins in September.