Life-Changing Connections Across Time and Continents

Life-Changing Connections Across Time and Continents 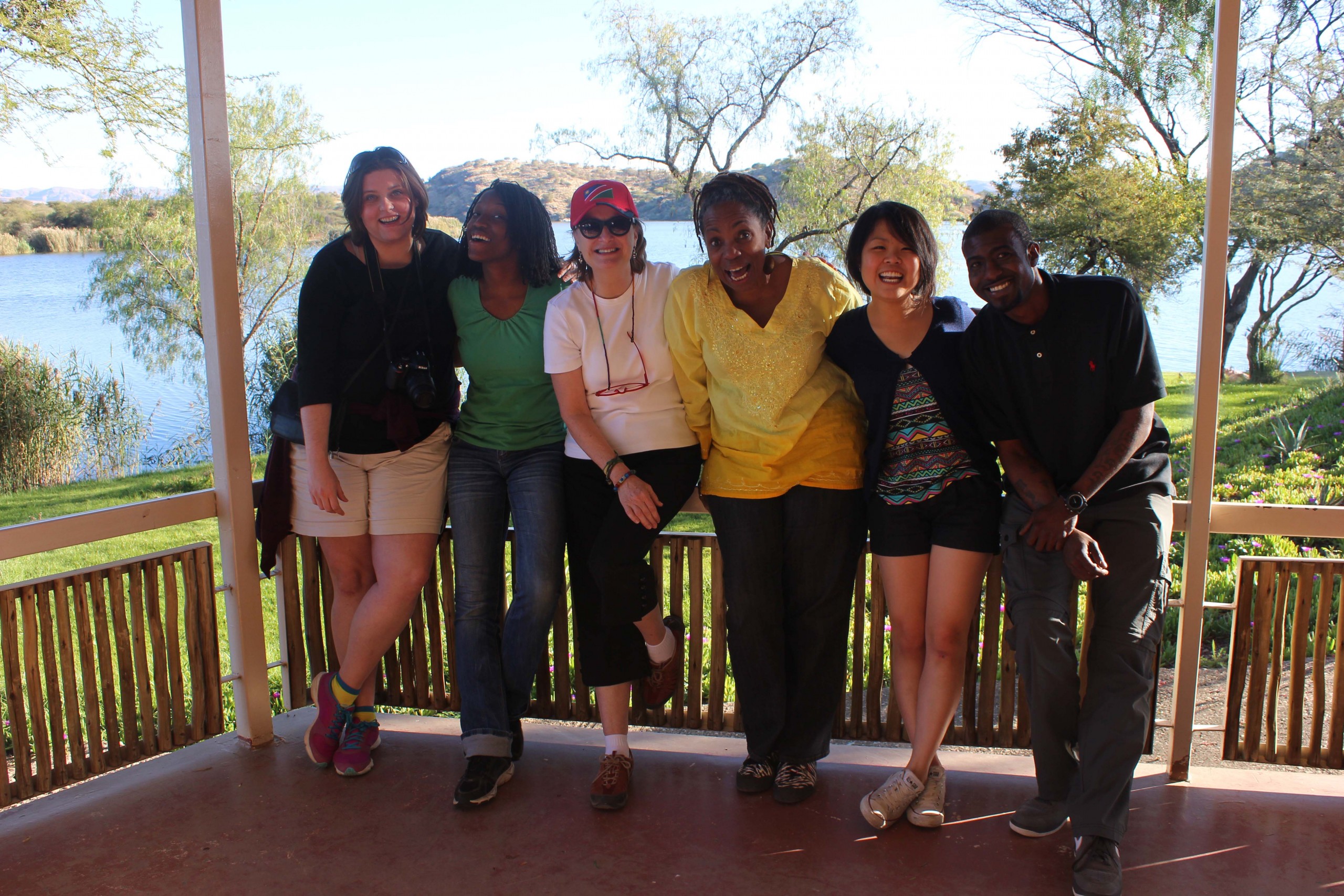 As part of a post-apartheid strategy nearly 20 years ago, 100 promising young Namibian leaders came to the United States to further their educations at Lutheran universities. Nine of those students attended—and then graduated from—Pacific Lutheran University.

Now the tables—and travel visas—have turned: Over the years, all nine Namibian graduates returned to their homeland, and this month, a diverse filmmaking team of PLU alumni, faculty, staff and students is there to research and record the profound impact higher education has had on the nine graduates’ lives, careers and nation. As it turns out, this experience is having a profound impact on the PLU team: new graduates Andrea Capere ’14 and Princess Reese ’14; current students Shunying Wang ’15 and Maurice Byrd ’14; and supervisors Joanne Lisosky, Professor of Communication, and Melannie Denise Cunningham, Director of Multicultural Recruitment.“What makes this so unique is the variety of perspectives that we have in the six people who are traveling on this journey,” said Lisosky. “We have elders, African-American alumni, Chinese and nontraditionals participating. A variety of perspectives in an entirely new environment makes this a very rich experience.”

And, in some cases, a very personal one.

“Being in Africa has given me a great perspective on how I have developed as a person, given my background as a black American, and how beautiful it is to meet Africans who have been to America,” said Reese. 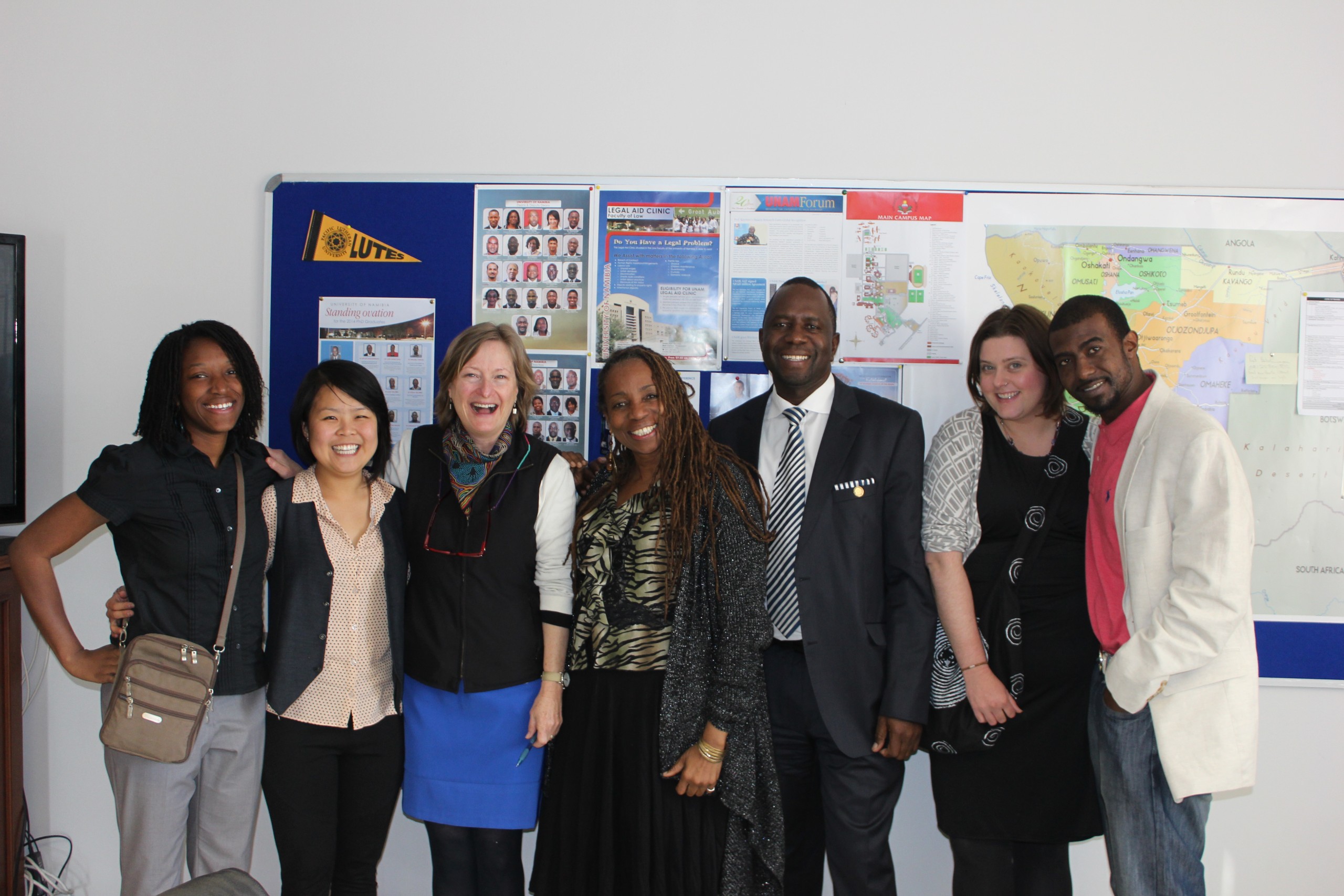 The film crew visited ‘Namibia Nine’ narrator and PLU graduate Edwin Tjiramba, third from right, in his office at the University of Namibia, where he is Director for Communications and Marketing. (Note the PLU flag in the corner of his bulletin board!)

Journeys to and From PLU

Fittingly, the PLU documentary is called Namibia Nine. Even more fittingly, it will be narrated by one of the nine, Edwin Tjiramba, now Director for Communications and Marketing for the University of Namibia.

“I was born in Namibia,” Tjiramba said. “But my future began at PLU.”

Tjiramba began his journey at PLU in 1990. To get here, he competed with more than 800 of his fellow high-school graduates in a study-abroad program put together by Namibian Lutheran churches in collaboration with their American and German counterparts.

Tjiramba majored in Communication at PLU, went on to earn a Master’s Degree from California State University-Fullerton and just this year graduated from the University of Namibia with a degree in law.

Tjiramba’s Namibian PLU colleagues have been equally successful in their careers, from forensics and foreign relations to education and environmental policy-making.

The PLU filmmakers are talking to them all, exploring the deep relationship these Namibians have with each other and with the university they call their “home away from home”— all the while gleaning insights into themselves as well as the graduates.

“In the film, each of the Namibia Nine describes how what they lived and learned at PLU is engrained in every aspect of their current-day living,” said Cunningham. “Witnessing their passion as they tell their individual stories has changed my life. Specifically, I have been reminded of my freedom that I sometimes take for granted and re-focused on the struggle for equality that still remains both in Namibia and in America.” 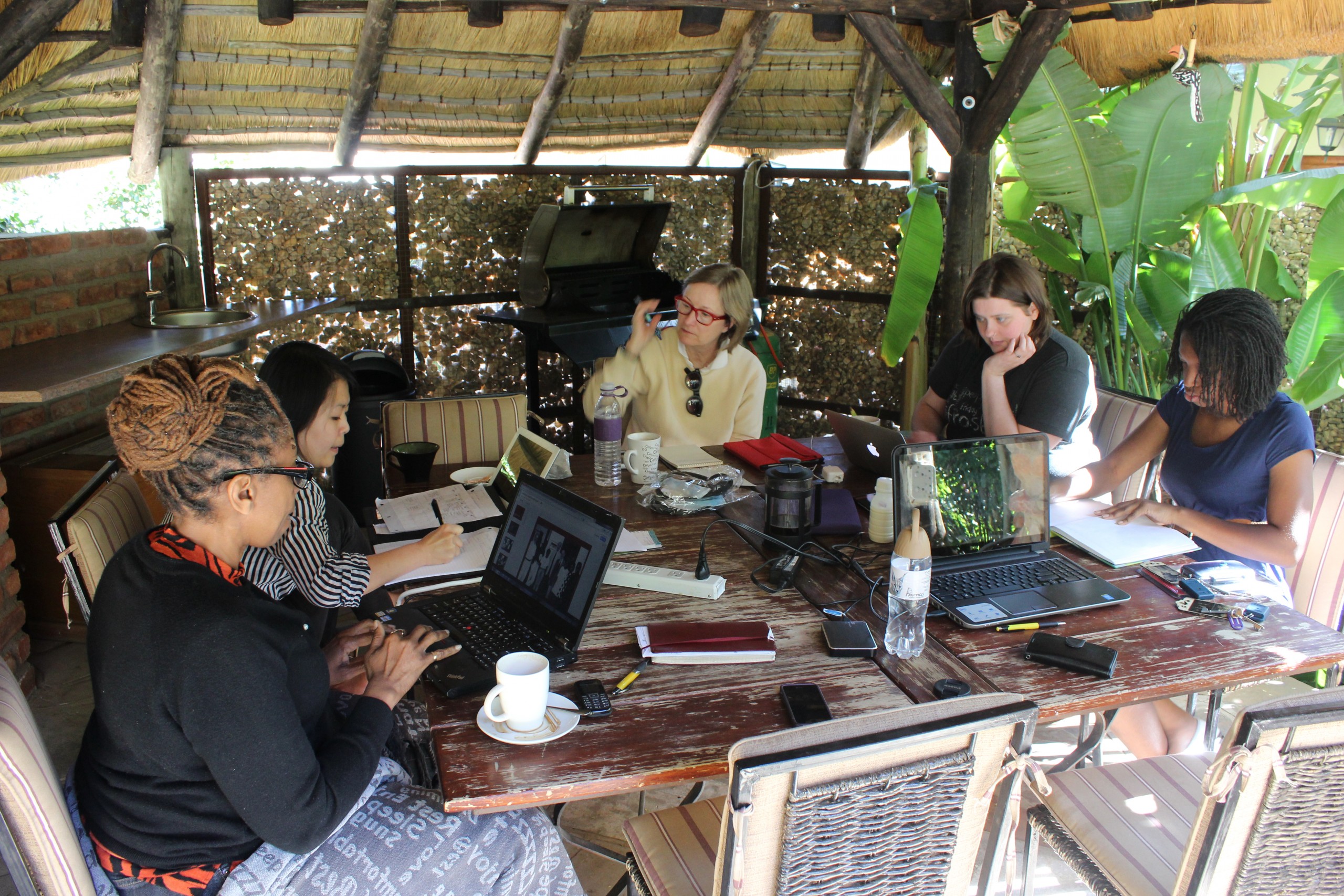 The filmmaking team is based for the month of June in Windhoek, the capital of Namibia, a cosmopolitan city of 200,000 in the geographical center of the country. (Namibia itself is along the southern Atlantic coast of Africa, between Angola and South Africa.)

Windhoek also is the site of Namibia Nine sponsor Wang Center for Global Education’s Study Away program, just one of PLU’s powerful connections to Namibia. Professor Paula Leitz, who has traveled to Namibia since 2002, initiated a J-Term course in 2008 for PLU Education students to practice student teaching in Namibia’s primary and secondary schools. As a result, more than 50 Lutes have unique teaching experiences in Namibia.

And now, just as PLU changed the lives of nine Namibians, Namibia is changing the lives of six PLU filmmakers.

“The experience has been transformative,” said Capere.