TACOMA, Wash. (Feb. 17, 2015)—Another year of Recyclemania has kicked off, and Pacific Lutheran University already is ranked sixth in the nationwide competition.

Recyclemania began at PLU in 2011 as a way to share waste-diversion processes nationally and to get an assessment of the success of these practices.

“We have a campus community that really cares about recycling,” said Nick Lorax, Office of Sustainability Lead at PLU.

In the past three years, the university has placed 14th, 11th and 45th out of about 500 schools on the continent in Recyclemania. 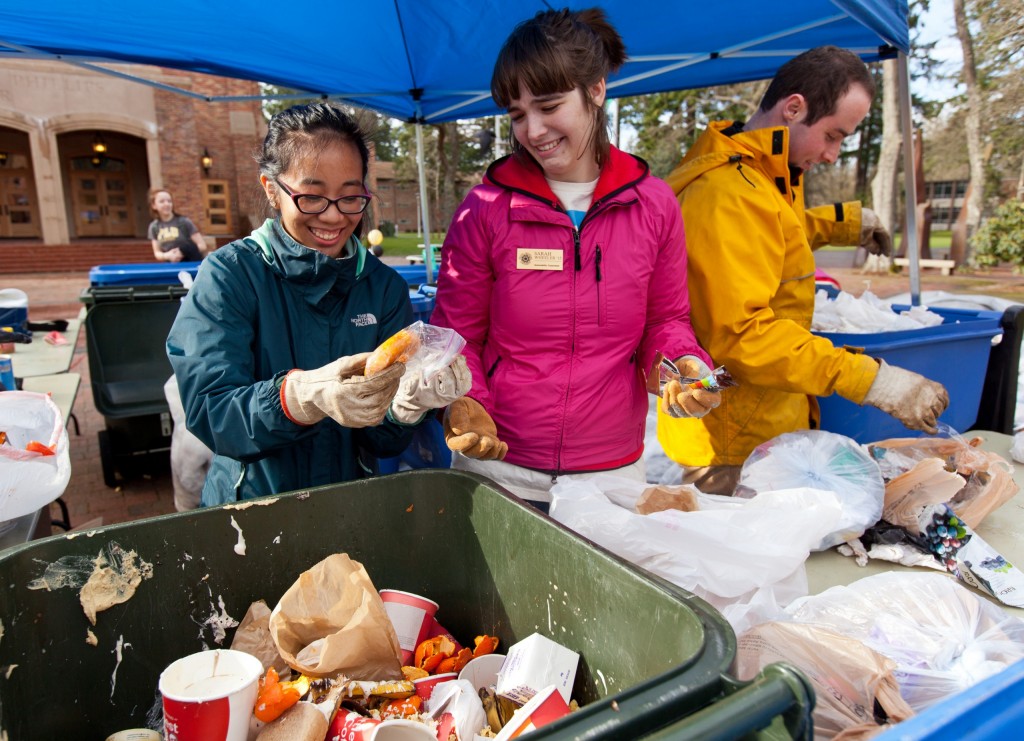 There will be many events around campus while the competition goes on around the country:

Lorax urges students to get involved in recycling and being less wasteful since there are benefits for the planet, and for students’ wallets.

“Every time you recycle, you are essentially lowering your tuition,” said Lorax. “Our recycling at PLU costs less money per ton than landfill.” (It costs $383 per ton for landfill waste and only $35 per ton for recycling.)

To check to learn more about Recyclemania visit www.recyclemaniacs.org. 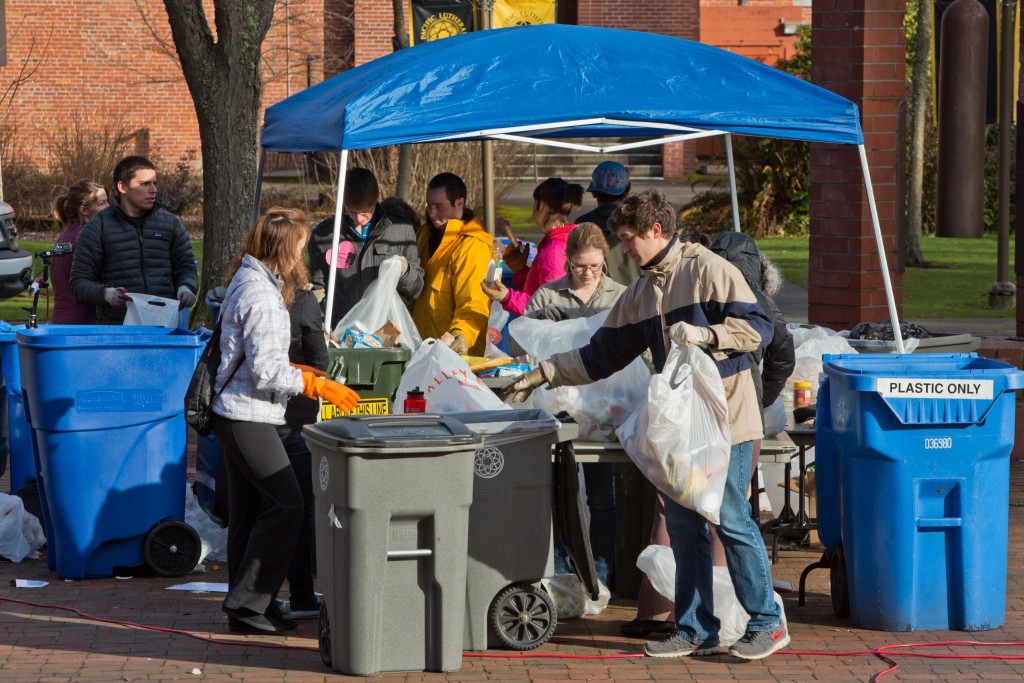 A day’s worth of trash at PLU was sorted over seven hours in Red Square to kick off Recyclemania 2013. The day ended with 18 bins and three bags of recyclables and compost on the left, and six bins of landfill trash on the right.