TACOMA, Wash. (March 5, 2015)— On Saturday, March 21, a diverse and distinguished group of speakers will present “ideas worth spreading” at the fourth annual installation of TEDx Tacoma.

We met recently with the three to discuss how they’ve been preparing for the opportunity to add their voices to the TEDx anthology.

Did you ever imagine yourself giving a TEDx talk?

Chavez: Never, I never thought I’d do one. It was just something that when the opportunity came up, I thought I’d pitch my idea, and when I got it I thought, “Oh, now what have I gotten myself into?”

Young: Absolutely not (laughs). I guess I think of myself as a relatively charismatic speaker, but this seems like such a different stage.

Busick: It’s been one of my goals last year to start the process, and unfortunately I didn’t make it, so I’m excited to have the opportunity to make it happen this year.

Do you have any favorite TEDx or TED talks?

Young: Definitely, two of them. One is by novelist Chimamanda Adichie, who gave a talk about the importance of other people’s stories. The idea that there isn’t one story, (instead) that there are many stories. She uses the example of Americans coming to Nigeria, where she’s from, and asking if they have things like cell phones. So she’s talking about how everyone calls things “first-world problems,” and she wants to challenge the conception of what it means to be first, or third, or second world.

The other one is by Neuroanatomist and Professor Jill Bolte Taylor, who realized she was having a stroke while in the shower. She’s written a book essentially about putting her brain back together, and it’s really fascinating how as a scientist she had a completely different perspective about what it meant to loose her mind.

Busick: The one that jumps out to me that I try to live through is Brene Brown’s TED talk on vulnerability. Part of this came out of her work of “daring greatly” and operating from the premise that everybody wants to be known and that vulnerability is really one of the keys to success.

Chavez: There are two that stand out to me. One is about transformational moments by Jose Calderon, a Latino professor at Pitzer College who talked about moments that completely transformed his life and led him from being a migrant seasonal farm worker to a professor at Pitzer after receiving his Ph.D. from UCLA.

Another is one by legal scholar Lawrence Lessig that I use in my “Intro to American Government” class. It’s called “We the People, and the Republic We Must Reclaim,” and it’s about the effect of large contributions on campaigns and how that practice really diminishes our voices because other voices are being heard with dollar signs. It’s a really powerful one for the students to look at.

How have you prepared for your talk?

Busick: A couple different ways. I’ve been watching a lot of TED talks online and trying to mimic some of the rhythms and approaches that I’ve seen from some of the presenters. I’ve also just been trying to tighten my talk. My talk is short and sweet, so the points need to be salient. I’m on outline number 4 at this point.

Chavez: It’s been interesting. At first I wrote a script, and when I read it was way too long so I decided to cut it down into an outline. I’ve now been preparing that way. I’d started with the lecture model, and that didn’t work, so I’ve been preparing by narrowing it down a lot.

Young: I started with my book that came out last year because my response to this year’s TEDx Tacoma question of, “Did You Know…” is essentially about how intellectuals are lousy at talking about our work, which is sort of ironic because now I have the chance to go prove that intellectuals can talk about our work–so I guess it better be really good (laughs)! I started looking through the manuscript again and putting the pieces together, and I’ve practiced it a few times. It’s too long, so now I’m in the process of hacking it down to get to a “keyword outline”–so I’m following the advice that I would give my students.

What do you think will be different about a TEDx talk than giving a lecture?

Chavez: You have an hour and a half or 50 minutes to get a point across using lots of examples, but in this case you have seven minutes. You don’t want to miss anything, but at the same time you don’t have very much time, so it’s very different. You can make a mistake in an hour and a half because you can always come back to something. You can’t mess up in a TED talk when you have just seven minutes.

Busick: In my lectures I get three and half hours to interact, talk and learn with my students. Here, I get 4 to 7 minutes to hit home the point I think is most relevant, so it’s going to be tough to get that down tight.

Young: I think that it’s really easy to give a lecture and that it’s really hard to narrow something down to four to seven minutes. I tell people that, as daunting as it sounds, it’s super easy to write a conference-length paper, but it’s super hard to write five pages that make any sense at all, that advance an argument and that give an audience a sense of scope, context and perspective. I think that’s what the really good TED talks do.

What about the experience of giving a TED talk are you looking forward to?

Chavez: I’m really looking forward to actually getting the message across. I think that, like the transformational TED talk that I mentioned, I have a voice now as a professor that I would not have if I were not. I think that’s a real privilege, and I want to use some of that privilege to share some of the research findings that I have, especially when it comes to the way Latinos are racialized in our society as outsiders.

Busick: I think the opportunity to reach a different audience with a message that I think is important about the quality of our education, the importance of our students and our students’ desire to be known by their professors. It’s one thing to talk about that in a class of 32 students; it’s another to talk about it on a broader stage, with a broader audience. 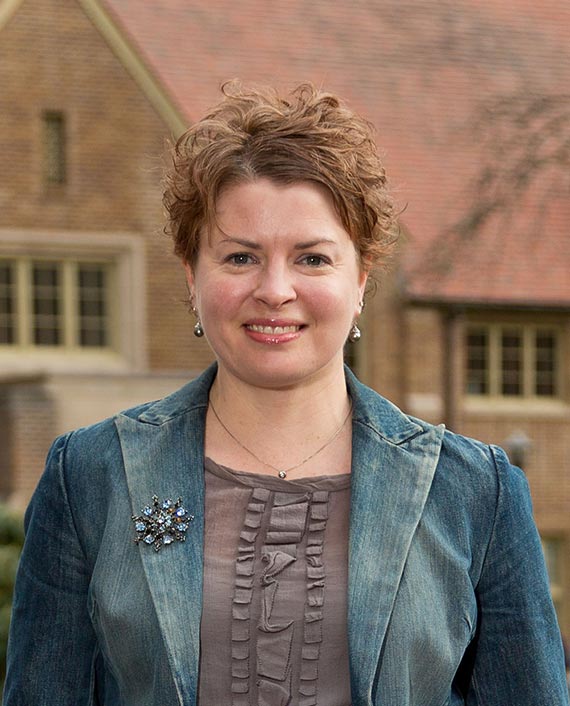 Young’s scholarship pursues questions of rhetorical style, expertise and engagement in the public sphere.  She lies awake at night fretting about the state of our public discourse and uses her scholarship to enable colleagues and students to claim or reclaim their roles as public agents and citizens. She is the author of the book Profits, Pundits and Gurus: Rhetorical Styles and Public Engagement and recently has submitted the manuscript of her second book, Teacher, School, Mother: Re-envisioning Motherhood in the Academy. 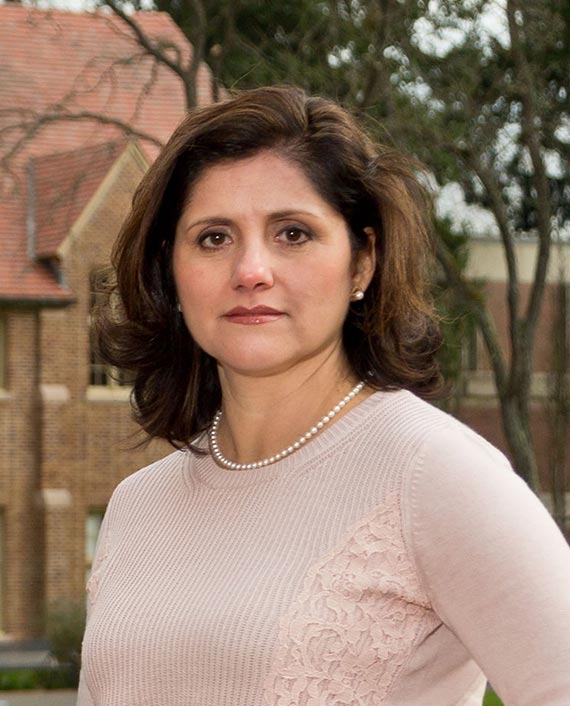 Chavez’s areas of teaching and research interest include public policy, American government, Latino politics and race/ethnic politics. She is the co-author of the book Living the Dream: New Immigration Policies and the Lives of Undocumented Youth and the author of the book Everyday Injustice: Latino Professionals and Racism, which won the prestigious American Political Science Association’s Latino Caucus Best Book Award in Latino Politics published in 2011. 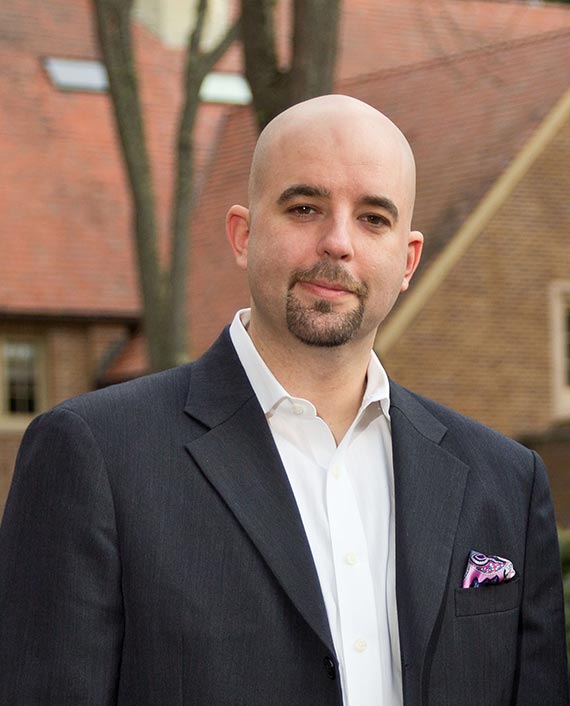 Busick, who earned his Bachelor of Science and MBA degrees from PLU, is the Senior Manager of Strategy, Planning and Architecture at the Bill and Melinda Gates Foundation, where he is responsible for facilitating business-driven strategy for IT solutions through the integration of Project Management and Organizational Change Management. He has previously worked at Enstar Group/Paladin Managed Care Services, the City of Tacoma and Russell Investments. He teaches Information Systems courses to undergraduate and MBA students at PLU.

Can you share a very brief synopsis of what you talk will be about?

Chavez: I’m going to talk about the 5 million undocumented Latino youth that are being raised in this country who, when they come of age to apply for drivers licenses or college, find out that they are undocumented and that their chance at success is little to none. There isn’t a public policy solution -Congress hasn’t passed immigration reform and President Obama’s deferred action for childhood arrivals isn’t a permanent solution.

Young: My book and my talk basically explore that there are people who are called “public intellectuals” that are able to take their expertise and use a kind of rhetoric that translates it for lay publics and broader constituencies than their peer groups, but in the academy we’re trained to write essentially for the choir and the priesthood and we are woefully inadequate, in many cases, to even write an op-ed that makes sense. So I’m arguing that if we want to make public arguments and we want to do scholarship that matters to people, we’ve got to get better at speaking a different language.

Busick: My “Did You Know…” is, “Did you know we are on the brink of sacrificing quality for quantity?” We’re starting to herald these large organizations that have 65,000 students and 17,000 students online earning degrees. The question that I have is what kind of product are we actually putting into the marketplace when we have professors who don’t have the chance to know their students – know them, meaning to actually be able to teach them effectively? Are we actually developing attributes and qualities, including soft skills, that the market wants? 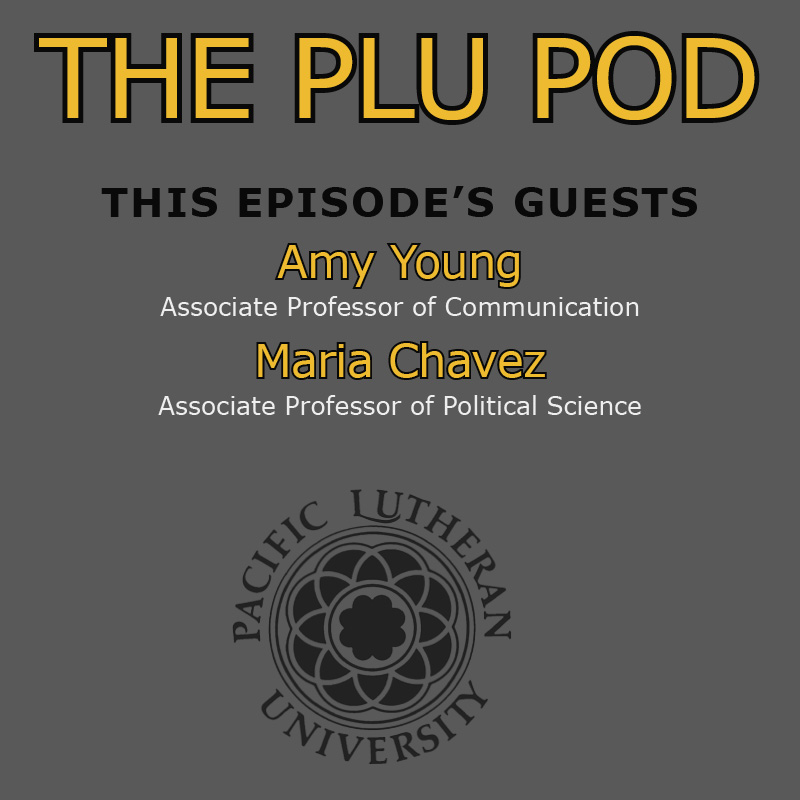 In the first episode of the "The PLU Pod" Amy Young and Maria Chavez discuss their upcoming TEDx Tacoma talks, their research, the most recent books and films they've enjoyed, and much more!