Image: Volunteers, including some from PLU, secure and align a wall at a Habitat for Humanity build site in the Woods at Golden Given, a sustainable 30-home housing community. The house was built for a student who, at the time, was studying marriage and family therapy. (Photo: John Froschauer/PLU)

Zylstra, director of Center for Community Engagement & Service (CCES), said his perception of Habitat for Humanity was fairly narrow before sitting down with Elliot Stockstad, former director of Habitat’s homeowner services. Zylstra says he saw the organization as one that merely came in, built houses and “called it good.”

However, Zylstra’s former colleague piqued his interest when he started to speak of a new Habitat housing development located a little more than a mile from PLU’s campus. The more Zylstra heard about the Woods at Golden Given — a sustainable 30-home housing community — the more he wanted to get involved.

“The Woods is a real community being formed instead of just one house, and that was appealing to me,” Zylstra said. “My thought was that even when these 30 homes are built and there are 100 people living in them, PLU can have an ongoing connection with this community.”

Thus, PLU’s CCES began a partnership with Tacoma-Pierce County Habitat for Humanity, along with other local organizations, to help the plan for the Woods to come to fruition. 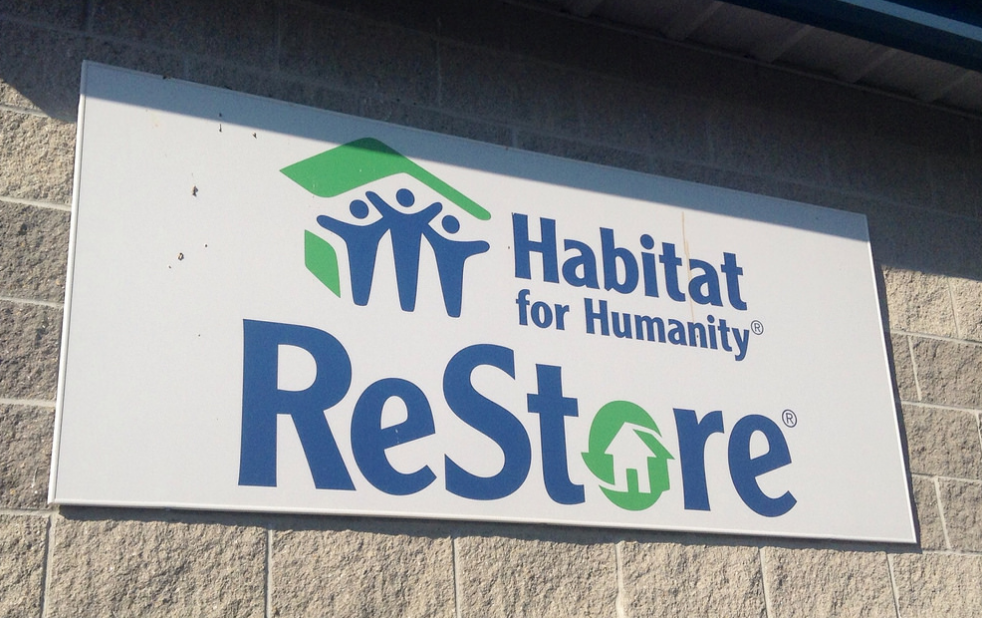 Learn more about the local organization and its projects in the community.

To start, CCES raised a $10,000 grant to support the build of a home in the Woods development. Once the money was raised, about 250 PLU students traveled to the Woods to assist with the build. Students contributed to tasks such as construction, writing messages on the steps of the home and attending the dedication ceremony.

This home also held a special significance to PLU, as the matriarch of the family moving in had recently finished her master’s in counseling at PLU.

“That was cool (because) there was a connection there,” Stockstad said. “The university was trying to look at their community in terms of depth instead of just volume. (So) that was a great expression of partnership.”

Since then, PLU’s CCES has partnered with Habitat to continue developments within the Woods and beyond.

The Commonhouse is the most recent project. Habitat intends for the Commonhouse to be a community clubhouse at the center of the development that will serve as a place to hold meetings and host programs for residents. A group of Lutes will help with construction there as part of an Alumni Day of Service event April 30.

“We (want to) get more students and faculty involved with the children, because there will be about 100 kids in the development when we’re done,” Stockstad said. “They’re all low-income families that will be relocating to this area, so (after-school programming) is a great resource.”

In partnership with Patricia Krise, wife of PLU President Thomas W. Krise, and PLU’s School of Education, CCES applied for a grant to help fund these long-term programs. Zylstra said CCES and Habitat still await a verdict on the grant, but both organizations should know soon whether the Commonhouse received funding.

Beyond the Commonhouse, PLU partners with Habitat through education. The Woods became the subject of an Environmental Advocacy class project for which students traveled to the Woods and wrote collaborative group projects based on the development. The project encouraged students to examine the development from multiple perspectives, including design and the social formation of community.

“There’s been an educational aspect there, which led to some AmeriCorps engagement through that,” Stockstad said. “Some of our AmeriCorps members that have worked at Habitat have been recent graduates of PLU.”

Furthermore, PLU recently re-established a campus chapter of Habitat, which has come and gone throughout the years. Through the chapter, students can easily get involved with work at the Woods and other Habitat for Humanity projects.

The campus chapter’s Secretary and Public Relations Officer Melissa Munson ’18 recently headed “Cookies for Humanity.” With the help of fellow students, Munson baked and sold more than 500 chocolate chip cookies to raise money for transportation to Habitat builds, as well as Habitat T-shirts.

"I really enjoy being involved with Habitat through our campus chapter because I can be one of the people who connects students to their passions and different ways to get involved with the Tacoma-Parkland community."- Melissa Munson '18

“I think it’s just really awesome that (Habitat) is an organization that provides affordable housing for people from all walks of life,” Munson said. “I really enjoy being involved with Habitat through our campus chapter because I can be one of the people who connects students to their passions and different ways to get involved with the Tacoma-Parkland community.”

Stockstad says he is impressed by PLU’s dedication to the community and its strong partnership with Habitat, both through the chapter and CCES.

“That’s been unique from what I’ve seen,” Stockstad said. “I feel like we’ve had some great small victories, and there is lots of potential not just for this one development, but ways for students and faculty to lend expertise in other ways.”

Both Zylstra and Stockstad say they believe community service is especially crucial to college students gaining a broader worldview and discovering themselves through service. Zylstra, in particular, says that community service might be more transformative for PLU students than it is for the community they serve.

“It’s one thing to be able to identify your skills, values and perspectives in a traditional college setting. It’s a different thing to see what those look like in the community,” Zylstra said. “We encourage students to be engaged in the community to learn about themselves and the world that they’re apart of.”