TACOMA, WASH. (Sept. 29, 2016)- First-generation immigrant Shiva Thapa '17 struggled to find a sense of belonging in his new country. After two years of searching, he finally found his identity in the Army.

“Oftentimes when you are from somewhere else, you find that you have this identity crisis,” said Thapa, a member of Pacific Lutheran University’s ROTC program. “I think the military is the perfect environment that (gave) me a sense of belonging.”

Following his first deployment to Afghanistan, Thapa became a Green to Gold scholarship recipient. Now, Thapa will be recognized as the 2016 Maude Foundation Green to Gold award in Washington, D.C.

“I’m really honored and excited,” said Thapa, who will accept the award Oct. 3. The Maude Foundation will present the award to him at the annual Association of the United States Army meeting. 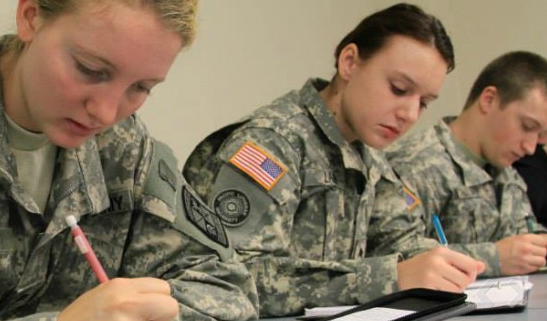 Thapa earned the Green to Gold scholarship in 2014, after an extensive application process. The Green to Gold program honors soldiers who demonstrate exceptional leadership capabilities and show strength in education and athleticism.

Lt. Col. Erik Dye, professor of military science, said Thapa’s accomplishment shows the rest of the nation what PLU students are capable of.

“We (at PLU ROTC) are really good at what we do,” Dye said. “Three out of the last five years, we’ve won the regional MacArthur Award. Thapa beat out people from Stanford, people from Berkeley, MIT (for this honor). It’s good for the nation and the Army to see that little PLU has great students, too.”

Thapa studies biology and anthropology and plans to earn a master’s degree in public health administration after graduating from PLU. He says ROTC is a diverse group of caring cadets, instructors and staff who have contributed to his excellence.

Thapa’s appreciation for the Green to Gold Award and his dedication to the ROTC program both stem from his affection and reverence for the U.S. armed forces. Thapa said he found an identity and a home in the Army.  “I have a huge (amount of) respect for the Army,” he said. “It’s where I’ve made not just friends, but family.”